The 2019 Wisden Cricketers’ Almanack paid tribute to the man who revolutionised the art of fielding, Colin Bland.

Bland, Kenneth Colin, died on April 14, nine days after his 80th birthday. There had been outstanding fielders before Colin Bland, but perhaps no one who became known primarily for that reason. The sight of Bland prowling in the covers for South Africa, or patrolling square-leg, was unfailingly menacing. He elevated what many viewed as a chore into compelling theatre. Nicknamed “the Golden Eagle”, Bland swooped on the ball as if it were prey; his throws usually zeroed in on the stumps. “He took our fielding to another dimension,” said Peter Pollock.

Bland stood 6ft 1in, a strong, athletic figure – he was offered a rugby scholarship as a boy – and a graceful mover who covered the ground in swift strides. He was quiet and undemonstrative, but his impact was profound.

“Here, for sure, is one of cricket’s greatest entertainers”

“He led by example, and the whole team wanted to become better fielders,” said Pollock. “We realised that runs saved could make a big difference.” Sometimes, during a dull passage of play, Bland would produce an explosive pick-up, followed by a bullet throw. As he said, “People would think something was happening and it would wake up all the buggers dozing off, including the fielders. It was just a bit of showmanship.”

At Lord’s in 1965, England were threatening a match-winning lead when Ken Barrington, on 91, set off for a single towards midwicket. Bland pounced from in front of the square-leg umpire, picked up the ball one-handed, swivelled, and hit the stumps at the bowler’s end. In The Observer, Alan Ross called it “staggering”.

Barrington said: “I knew Colin was great, but he’s greater than I thought.” Two days later, his run-out of Jim Parks was even better. Fred Titmus tickled a ball off his pads, and Parks called him for a single, but Titmus – spotting that Bland was in pursuit – sent him back. Parks attempted to put his body between the wickets and the ball, but Bland hit them anyway. “Here, for sure, is one of cricket’s greatest entertainers,” wrote John Woodcock in The Times. 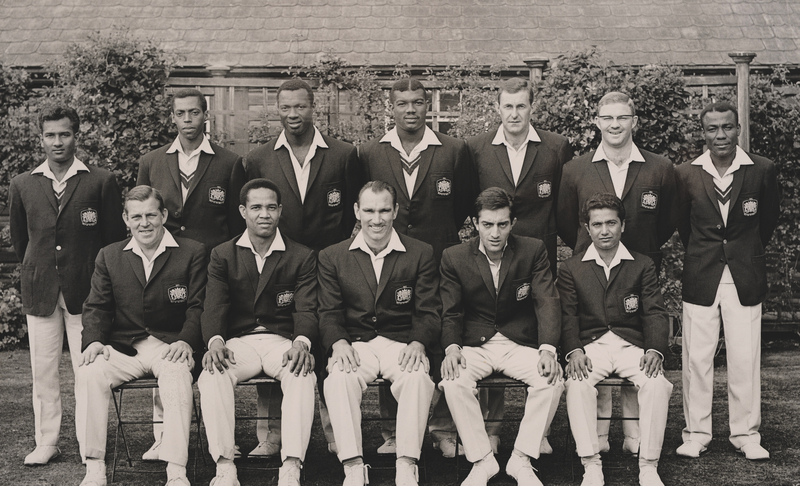 Bland (back row, third from right) with the Rest of the World XI at Lord’s, 1965

The Test was drawn, before South Africa won at Trent Bridge, then secured only their second series victory in England with a draw at The Oval. But not even Bland could earn selection on fielding alone: in his primary role in the middle order, he was South Africa’s second-highest run-scorer, with 286 (five behind Graeme Pollock) at nearly 48. He liked to hit hard and high down the ground, but in the second innings of the final Test he curbed his instincts to make 127 in four and a half hours, blunting England’s hopes of squaring the series. Along with the Pollock brothers, he was named a Wisden Cricketer of the Year.

Bland was born in Bulawayo, Rhodesia, and pushed hard by his father, an accountant who had been a hockey international. His work ethic was ingrained early: he graduated from throwing stones at telegraph poles to hurling six balls at three stumps spaced apart in front of a hockey goal. He trained intensively. “No one frowned upon the practice I did,” he said. “But no one wanted to do it with me either.”

Aged 18, he made his first-class debut for Rhodesia against MCC in November 1956, and top-scored in both innings against an attack led by Frank Tyson and Peter Loader. In 1961/62, he made 261 runs in two matches for Rhodesia against the New Zealanders to earn his first Test call (Rhodesians were then eligible to represent South Africa). He played in all five Tests and showed his potential as a batsman, though without making any significant scores. But a brilliant low diving catch in the covers to dismiss John Reid in the fourth Test at Johannesburg announced his arrival.

The Australian writer R. S. Whitington considered the great fielders he had seen, including Jack Hobbs and Learie Constantine: “I very seriously doubt whether any of the miracles of agility they performed measure up to the catch Bland held at the Wanderers.” Even Reid joined in the applause.

"He was more a deterrent than an instrument of destruction”

Bland went to Australia in 1963/64 and astonished his team-mates in the second Test at Melbourne by putting down a sitter at silly mid-on, with the debutant Ian Redpath yet to score. Redpath went on to hit 97, and Australia won by eight wickets. But Bland made up for it with the bat, finishing a drawn series with 367 runs at 61.

In the fifth Test at Sydney, he scored 126, including a six on to the roof of the Noble Stand. When England visited South Africa a year later, he ran out Mike Brearley in a tour match after tricking him by ambling towards the first few balls hit in his direction. It made England wary. “He was more a deterrent than an instrument of destruction,” said Woodcock. He was also the leading run-scorer on either side, with 572 at 71, and his unbeaten 144 saved the second Test at the Wanderers after South Africa followed on.

He was married in 1965, on the day Rhodesian prime minister Ian Smith proclaimed independence from Britain; Smith, a family friend, sent a telegram, and some guests arrived late for the wedding, having attended the proclamation. Political tensions between the countries were such that Bland was denied entry at Heathrow when invited by Garry Sobers to play for a World XI at Scarborough in 1968. By then, his Test career was over. 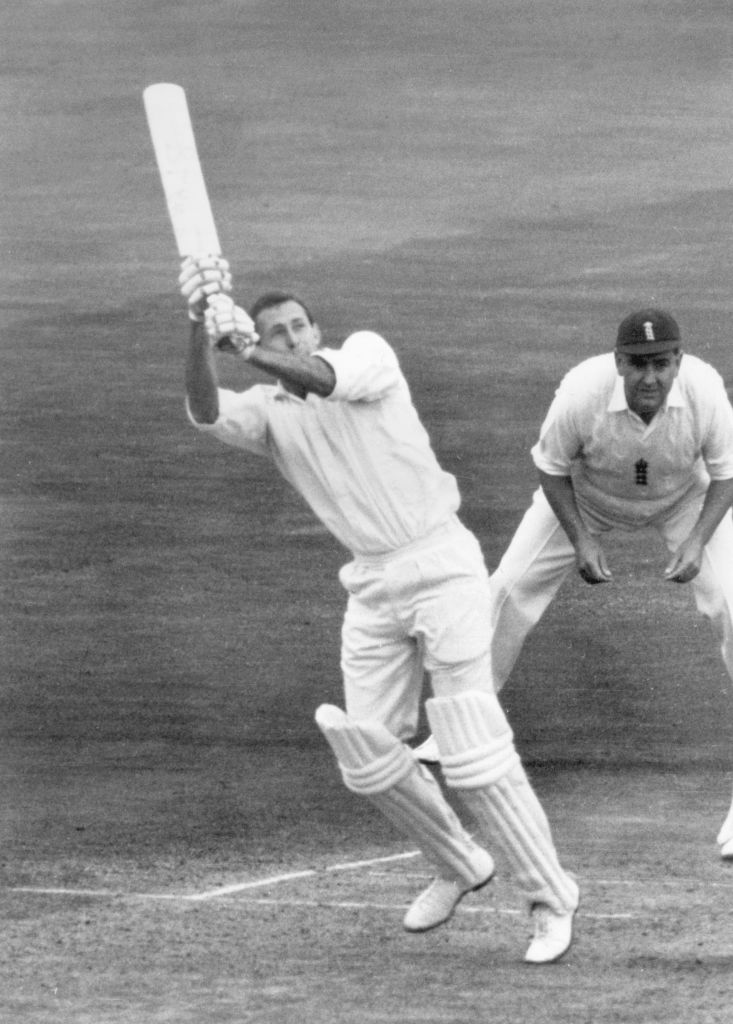 In the first Test of the 1966/67 series against Australia at the Wanderers, he was chasing a ball when his knee gave way and he fell heavily into the boundary fence. After that, he lost his speed and athleticism, although he carried on playing for Rhodesia, then for Eastern Province and Orange Free State until 1973/74, reinventing himself as a slip fielder. In 21 Tests, he made 1,669 runs at 49. In all, he scored 7,249 at just under 38. In the late 1990s, he moved to England to be near his two sons, and was recruited as a fielding coach by MCC.

Bland’s reputation had been burnished at Canterbury in 1965 in the tour match against Kent that followed the Lord’s Test. With a wet outfield delaying the start, a big crowd in the ground and the BBC having no cricket to show, Colin Cowdrey persuaded a reluctant Bland to give a fielding exhibition.

Picking up balls on the run, he hit the stumps 12 times out of 15. “They spoiled me by giving me three stumps to aim at,” he said. “I always practise with one.” Bland recalled: “The best part was at the end, when the cameraman wanted a close-up of the wicket exploding. They gave six balls to Graeme Pollock. He stood about three yards away and missed all six.”

In 1999, when Wisden appointed a panel of 100 to vote for their Five Cricketers of the Century, his former Test captain Peter van der Merwe nominated Bland: “He revolutionised the attitude to fielding and set a standard not yet equalled.”