Doug Insole was a fine batsman and leader but his legacy is owed to his tremendous influence on the game after his playing days. The 2018 edition of Wisden paid tribute after the former Essex captain passed away during the previous year.

A glance at the inventory of positions held by Doug Insole reveals the depth of his lifelong commitment to cricket.From humble beginnings at a Walthamstow grammar, he became captain of Cambridge University and Essex, vice-captain of England, chairman of selectors, chairman of the Test and County Cricket Board, manager on two Ashes tours, a long-serving MCC committee member and later their president. He remained a proud president of Essex, and was at Chelmsford just a few days before he died. “He was a really great man of English cricket,” said Graham Gooch.

To every role, Insole brought common sense, an affability which did not prevent him from being firm when required, and an unobtrusive diplomacy perfectly suited for life at the heart of the game’s establishment. “Had he become the head of MI5 or MI6, never would there have been a leak,” wrote Scyld Berry in The Daily Telegraph.

In all his jobs he held a constant belief: that the interests of cricket, and the obligation to entertain the paying public, were paramount. He also had a sharp, dry sense of humour. When Tony Lock’s notorious quicker ball demolished his stumps, he asked the umpire: “Was I run out or bowled?” Players on the tours he managed, in 1978/79 and 1982/83, always referred to him as “Inspector”, after he appeared at their Christmas fancy-dress parties as Peter Sellers’s bumbling detective Clouseau.

Rather than his 25,000 first-class runs and 54 centuries, it was his long period as an administrator – in particular, his central role in the crises involving Basil D’Oliveira or Kerry Packer – that came to define him. Chairman of selectors when D’Oliveira was left out of the England party to tour South Africa in 1968/69, Insole bore the brunt of the public outrage. When the squad was announced to widespread opprobrium, he said: “I think we have got rather better than him in the side.”

A Guardian editorial retorted: “Anyone who would swallow that would believe the moon was a currant bun.” Insole’s quote has endured, when his longer, nuanced explanation of the decision on cricketing grounds is less often cited. But of the three other selectors – joined by England captain Colin Cowdrey – only Don Kenyon, D’Oliveira’s former captain at Worcestershire, supported his selection, despite his 158 against Australia at The Oval a few days earlier. When interviewed by Peter Oborne for his 2004 biography of D’Oliveira, Insole described the furore around his omission, subsequent selection, and finally the cancellation of the tour, as the worst few months of his life. The Labour MP Derek Wyatt said Insole broke down in tears when talking to him about the affair.

Insole was in the middle of three years as chairman of the TCCB when the Packer storm broke early in the summer of 1977. The International Cricket Conference and the TCCB issued a threat to ban all players who had signed for him. Insole said the game was in a “war situation”, adding: “We must make sure this thing does not get off the ground.” Privately, he and secretary Donald Carr had received legal advice that a ban would be hard to enforce, but the ICC and the counties were determined to adopt a hard-line stance. The High Court verdict, delivered as the first World Series Cricket matches were about to begin in Australia, found decisively in favour of Packer and his players. “We were well and truly stuffed,” Insole told TV reporters. 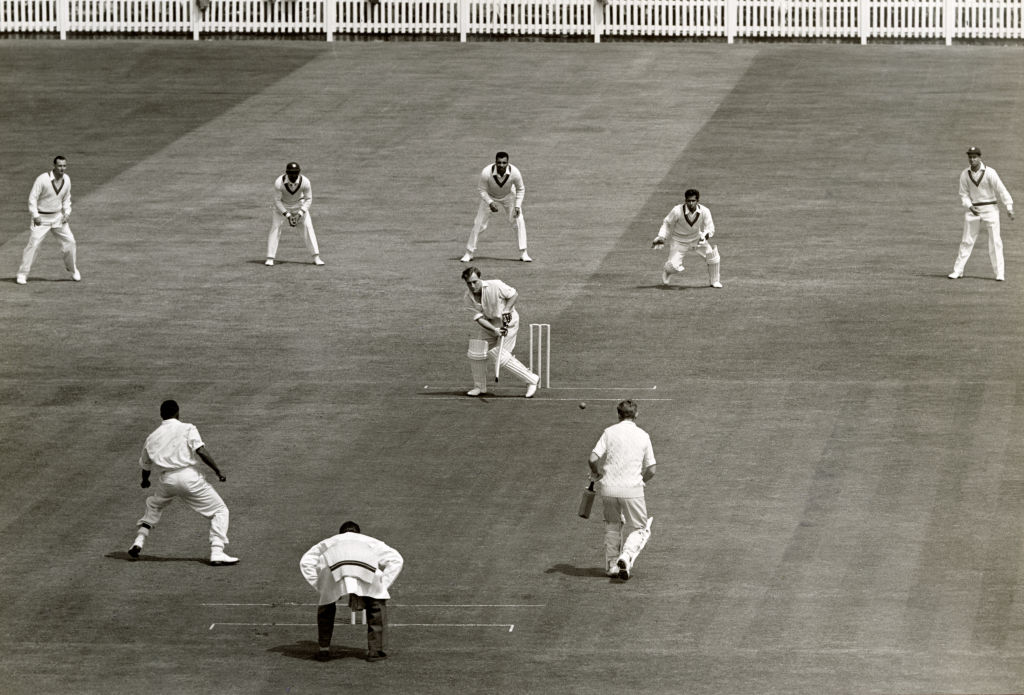 Insole scored over 25000 runs in first-class cricket, which included 54 centuries

Insole was born in Clapton, but grew up in Highams Park and played for London Schools and Essex Schools while a pupil at Sir George Monoux Grammar School in Walthamstow. He spent the war in an outpost of Bletchley Park, taking down German messages for decoding. Although he scored runs in schools cricket, he received no formal cricket instruction – for which he remained eternally grateful – and his arrival in the nets at Fenner’s drew a scathing verdict from the coaches, who told captain Guy Willatt that he hit across the line too frequently to prosper in first-class matches.

Undeterred, he forced his way into the Cambridge team, and made 44 on debut against Yorkshire in 1947. By the end of a summer in which he also made his first appearances for Essex, he had passed 1,000 runs and scored centuries for the university against Hampshire at Portsmouth, and another for Essex against Lancashire at Clacton.

Insole’s technique remained unapologetically idiosyncratic. He had an open stance and, using his bottom hand, worked almost everything to leg. It succeeded because he had an excellent eye and dogged determination. “He was the only man I knew who used to play forward with his back foot,” said Essex opener Dickie Dodds.

“Is Test cricket enjoyable? I must say I believe that very few players do enjoy it”

Insole was also a fine slip fielder, and – reluctantly – Cambridge’s regular wicketkeeper in 1948. He became captain in 1949, and made headlines in the match against Essex in May, when John Dewes and Hubert Doggart put on 429, an English record for the second wicket. At the close on Saturday, they were 27 short of surpassing the world record, only for a posse of pressmen to arrive on Monday morning and discover Insole had declared. Later that summer, he led his team to an unexpected seven-wicket victory over Oxford.

He topped the Essex averages in 1949, and was their leading run-scorer in 1950, having taken over the captaincy from Tom Pearce in mid-season. He set about transforming the county from perpetual also-rans, and in his first full summer in charge, Essex moved from last to eighth, not least because of Insole’s emphasis on fielding, which included practice every morning before play. When the News Chronicle launched a Brighter Cricket Table in 1952, designed to reward counties for playing positively, Essex were the winners; they repeated that success in 1953. It was a happy but competitive team, even if there was a minor complaint: Insole’s driving. Working his way through copious supplies of fruit, he would test the speed limits. Dodds, a committed Christian, was one of the few who would travel with him. “I like having Dickie with me,” Insole said. “He prays while I drive.” 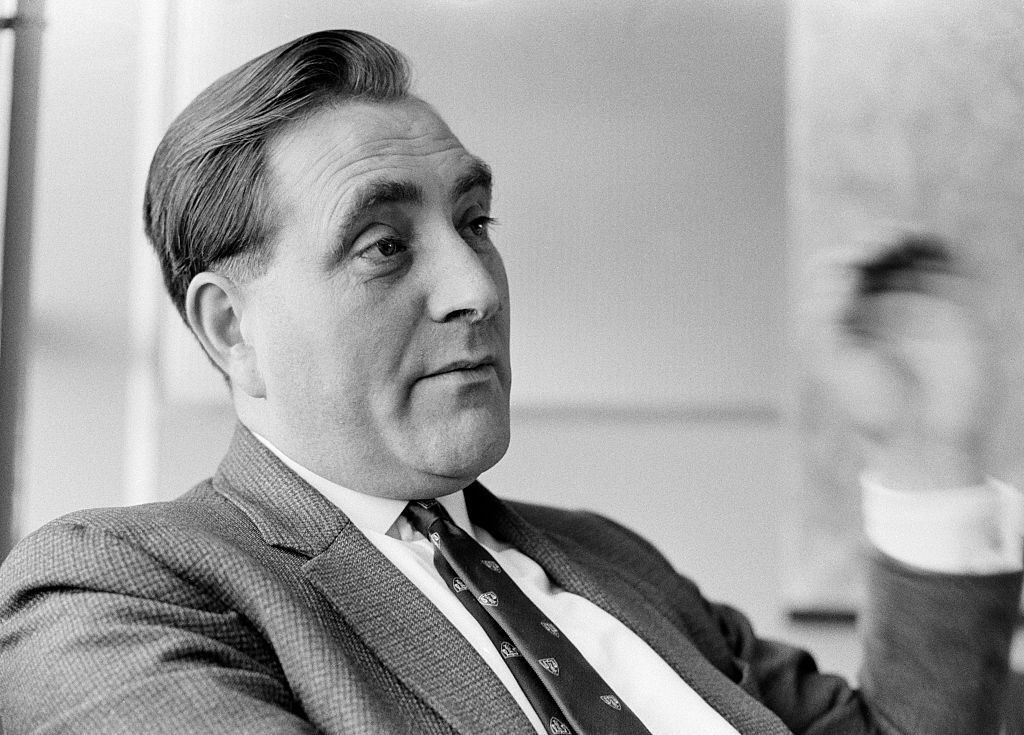 He did not enjoy his first exposure to international cricket – a single Test against West Indies at Trent Bridge in 1950, when he made 21 and nought. “I didn’t feel I was part of a team,” he said. In 1955, a golden summer in which he was the country’s leading run-scorer, with 2,427 at 42, he was given a chance, against South Africa at Headingley, but got dropped after making 47 in the second innings.

After another one-off appearance, against Australia in 1956 – when he was named a Wisden Cricketer of the Year – he might have assumed his Test career was over, but in recognition of his sparky leadership of Essex, he was named as Peter May’s vice-captain for the tour of South Africa that winter. It proved a shrewd choice, in terms of the squad’s esprit de corps – and, less predictably, batting. Insole led the Test averages with 312 runs at 39, and in the third match at Durban helped stave off defeat with 110 not out in more than six hours, his only Test hundred. He reached three figures with last man Brian Statham at the crease, and only after surviving a torrid examination from Neil Adcock; Wisden saluted his “splendid temperament and fighting qualities”.

But after failing twice against Sonny Ramadhin in the first Test of the following summer, he was dropped for the last time. “Is Test cricket enjoyable?” he later wrote. “I must say I believe that very few players do enjoy it.” In nine matches, he finished with 408 runs at 27. He was the oldest England player at a dinner for past and present internationals at Lord’s early in 2017, and was presented with a commemorative cap by Joe Root.

Basil D’Oliviera affair at 50: @Rich_Wisden talks to Donald Carr and Doug Insole, who, at the time, were the only two surviving members of the most controversial selection meeting in sporting history – via @NightwatchmanXI

In 1956, Insole also achieved the peak of a distinguished amateur football career when he played on the right wing for Corinthian-Casuals against Bishop Auckland in the FA Amateur Cup final at Wembley, setting up the team’s goal in a 1–1 draw (they lost the replay at Middlesbrough’s Ayresome Park). After becoming a Test selector in 1959, he gave up the Essex captaincy, handing over to his great friend Trevor Bailey in 1961. He played on until the end of 1963, retiring with 20,113 runs for the county, the eighth-highest in their history. He passed 2,000 in a season three times.

Insole worked in marketing for the construction industry, but it did not curtail his involvement in cricket. He became chairman of selectors in 1965 and was plunged almost immediately into controversy when the panel dropped Ken Barrington for scoring too slowly during a seven-and-a-quarter-hour 137 against New Zealand at Edgbaston. “We have agreed that we have to show the younger players, in particular, that we are prepared to leave out and discipline a man whatever his status if he does not play in the proper manner,” Insole said. Wisden endorsed the decision: “At last positive action has been taken to make cricket more entertaining.” The same fate befell Geoff Boycott after an undefeated 246 against India at Headingley two years later. Insole stood down as chairman in 1969.

He served on the MCC committee from the 1950s to the 1990s and was president in 2007. He was also chairman of Essex for three years in the late 1970s, and president from 1994 until his death. It was a cause of deep regret in the county that he did not live to see them complete their Championship triumph last summer. Their captain Ryan ten Doeschate said: “He will be so missed around the place. He was a great storyteller and very comfortable around the younger lads in the dressing room.” The pavilion at Chelmsford was named in his honour. “He embodied everything that is good about Essex cricket,” said Gooch. “The whole club is built on his values.”