Jeff Thomson was one of the most feared fast bowlers of all time, but he was never a Wisden Cricketer of the Year. In 2008, the Almanack celebrated five all-time greats who missed out on the coveted award. Ian Chappell pays tribute.

When asked to describe his bowling action, Jeff Thomson replied in typically laconic fashion: “Aww, mate, I just shuffle up and go wang.” It was the perfect description for what he did, except that it failed to reveal the carnage resulting from a simple “wang”.

For two years until he badly injured his shoulder at Adelaide in December 1976, Jeff Thomson was the most lethal bowler on earth, with a better average and strike-rate than Dennis Lillee. And there wasn’t a stat for what his presence did to opposing batsmen’s psyches. 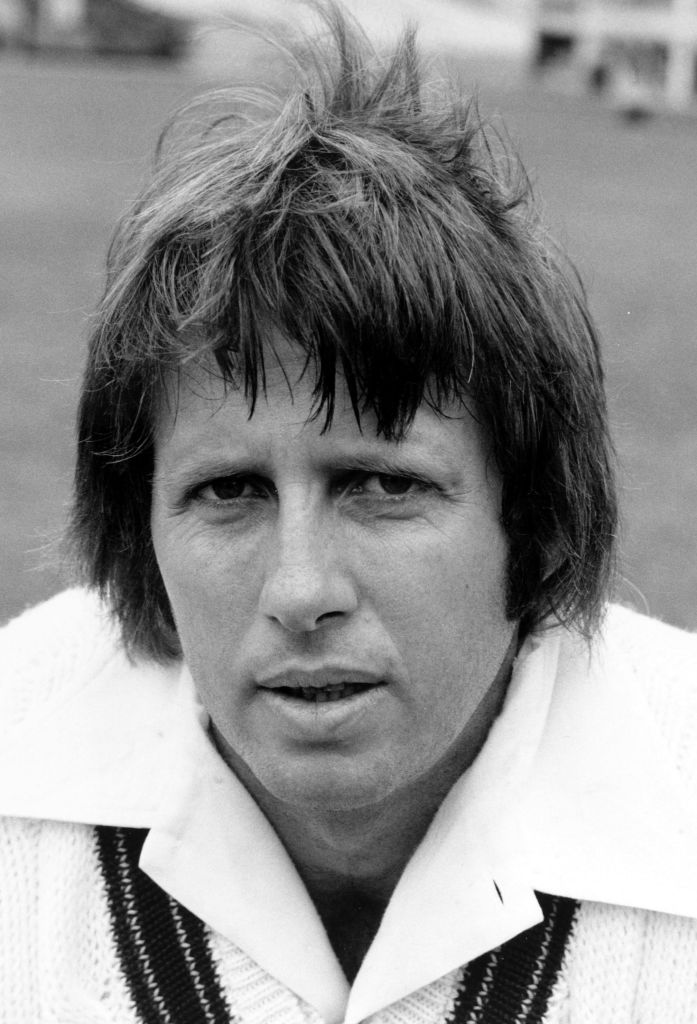 Admittedly, the West Indian off-spinner Lance Gibbs was no batsman, but before the 1975/76 series he said to me, “I can sort out Lillee, he has a wife and kids like me, but you’re responsible for that mad man Thomson. You must convince him not to kill me.”

“I don’t care,” Gibbs responded with his distinctive cackle, “I’m holding you responsible.”

His concern probably stemmed from Thomson’s infamous quote before the 1974/75 Ashes series that “I’d rather see a batsman’s blood on the pitch than his stumps lying on the ground.” Although he denied ever saying that, it had the desired effect on opponents. Thomson was nothing like that in reality, but the ferocious image did him no harm.

Once batsmen realised “Two-Up” (the nickname came from Thommo’s, a famous Sydney gambling den which stayed one step ahead of the law) was quite a normal, decent human being, he was handled with a little more ease – but that also coincided with his serious shoulder injury. 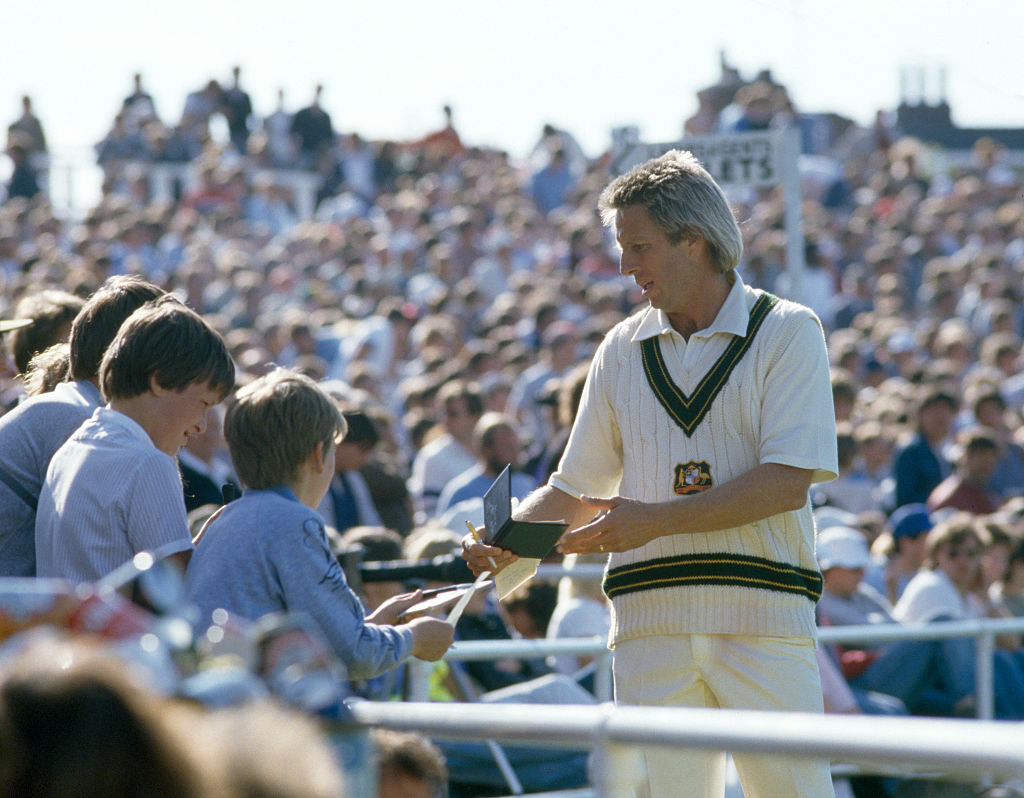 He was bowling like the wind on that fateful day at Adelaide. He was agitated after Alan Turner had dropped Zaheer Abbas; when Zaheer mistimed another pull and Thommo saw Turner circling under the ball he took off for the catch. They collided, and Thomson was never quite the same bowler again.

He obviously knew he was in trouble, because when he finally sat up clutching his shoulder he cursed, “I’ll kill that ****” – adding, after a long pause, “if I ever bowl again.” No one has ever worked out whether he was referring to Zaheer or Turner. Actually, Adelaide was a hoodoo ground for him. In January 1975 he was in the process of rearranging the stumps, fingers, ribcages and life priorities of the England tourists when he injured his right shoulder. The first day was called off as rain had got under the covers, so a few of the Australians played tennis on the grass courts behind the members’ stand.

"He don’t bowl fast, man, he bowl like de wind”

Apparently, Thomson had felt a click in his shoulder while serving but hadn’t mentioned it. On the rest day he played tennis again, and this time his shoulder gave out. This is not altogether surprising, because he liked to do everything flat out: he bowled quicker than anyone, drove drag-racing cars, and attempted to serve as fast as John Newcombe.

In those two years before his injury, Jeffrey Robert Thomson, who was born in Sydney on August 16, 1950, was the most lethal bowler I’ve seen. In Australia, he was able to make the ball rise alarmingly at express speed to throat height from just short of a length – but following the injury, some of that steep bounce went missing. He was still quick, but no longer just shuffled up and went wang. He began to use a longer run-up and, although the extra bounce was elusive, he could still dial up the express speed. 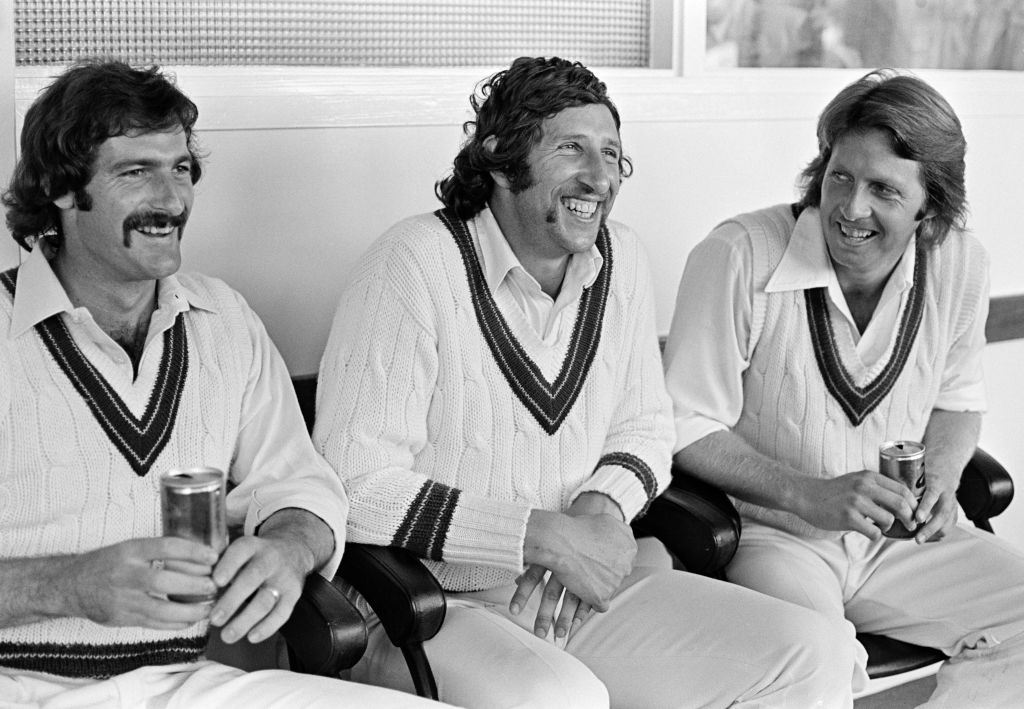 At his peak, Thomson (R) had a better strike-rate and average than Dennis Lillee (L)

In 1991, some 13 years after a Bridgetown Test in which Thommo had sent down an intimidating spell to Viv Richards and Gordon Greenidge, I went into the Kensington Oval’s Pickwick Stand. The aficionados there knew their stuff: they had seen plenty of Barbadian pacemen, from Manny Martindale in the 1930s, through Wes Hall and Charlie Griffith, to Malcolm Marshall and Sylvester Clarke. They’d also witnessed quickies from other islands like Andy Roberts and Michael Holding.

I asked, “Who’s the fastest you’ve ever seen?” To a man, they immediately replied, “Ooh man, dat Jeffrey Robert Thomson. He don’t bowl fast, man, he bowl like de wind.”

That Jeffrey Robert Thomson left an impression wherever he went. Sometimes it was a mental picture, other times it was a bruise, but he left his most indelible mark on cricket when he just shuffled up and went wang.

Note: The other four who were never Cricketers of the Year were Inzamam-ul-Haq, Wes Hall, Bishan Bedi and Abdul Qadir.