It was easy to underrate the captaincy of Peter van der Merwe, but he led South Africa to two significant series victories.

Peter van der Merwe captained South Africa in just eight Tests and played only 15 in total, but his place on the list of his country’s best leaders remains unquestioned. His CV contains two historic achievements: in 1965, his team won only South Africa’s second series in England, and they followed that up, in 1966/67, with a first triumph over Australia. With a cool head, and shrewd but undemonstrative leadership, he marshalled a precocious collection of talent with such authority that few queried his modest contributions with the bat.

His captaincy credentials were identified early: he was leading Western Province at 23, and chosen as Trevor Goddard’s deputy for the tour of Australasia in 1963/64, despite not having played international cricket. He appeared in three Tests during that series, two of them in New Zealand, and two more against Mike Smith’s England in 1964/65.

Despite a best score in those games of 66, he was chosen as South Africa’s first Afrikaner captain for the trip to England in 1965. “The selectors saw him as a man to steer a youthful and talented team in the right direction,” said Ali Bacher, one of the tyros on that tour.

South Africa won 1-0, thanks to a famous victory at Trent Bridge, remembered for the heroics of the Pollock brothers. They had been 80-5 in their first innings when van der Merwe joined Graeme Pollock, and it was the captain’s adhesive 38 (at one stage he contributed 10 while Pollock plundered 91 off 90 balls) that shored things up. “He was not technically brilliant, but he was gutsy,” said Pollock. “If you needed someone to hang around, he could do that.”

There were other valuable contributions at home against Australia – a pivotal 76 at Johannesburg, his highest Test score, as well as 50 at Cape Town and 42 at Durban – but, after leading South Africa to a 3-1 victory, he retired after one more season with Eastern Province and did not play again in Test cricket.

Van der Merwe was born at Paarl, and educated in Grahamstown and at the University of Cape Town, before taking up a career in accountancy. In 1960, he played a part in supporting Basil D’Oliveira, who had accepted the offer of a contract with Middleton in the Central Lancashire League. Van der Merwe helped organise a team of white cricketers to play a mixed-race XI captained by D’Oliveira at Claremont in Cape Town. While his actions were not illegal, van der Merwe risked official disapproval. With both sets of players taking collecting tins among a large crowd, £150 was added to the fund.

Early in his career, he had supplemented his batting and athletic fielding by bowling slow left-arm, but he gave that up in 1963/64 amid doubts over his action. He returned to high-profile roles in cricket in the 1990s: South Africa’s first chairman of selectors after readmission, then an early ICC match referee between 1992 and 1999, presiding over the fractious one-day international between England and Sri Lanka at Adelaide in 1998/99, when Arjuna Ranatunga led his team off the field, following umpire Ross Emerson’s no-balling of Muttiah Muralitharan. 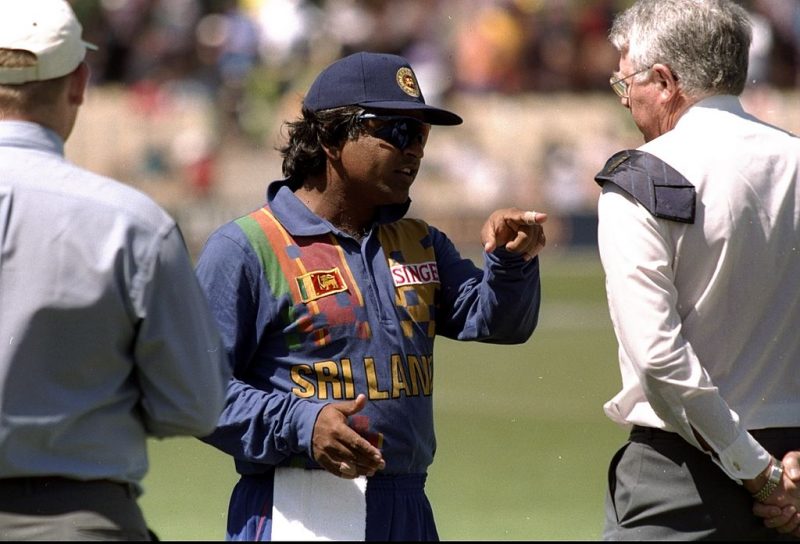 Tall and bespectacled (with England led by Mike Smith, the 1965 series is believed to be the only one in Test history in which both captains wore glasses), van der Merwe looked more suited to his day job in accountancy. But first impressions were misleading: boosted by the emergence of some outstanding individuals, he helped turn the South Africans into a much more attacking unit. “He spent a lot of time thinking about the game, working out how to contain batsmen, and some of his field-placings were a bit different,” said Graeme Pollock. “He was not a run-of-the-mill captain.”