The Yorkshire team that dominated county cricket in the 1960s contained many celebrated names, but their best fielder was not one of the superstars. Philip Sharpe’s Wisden Almanack obituary remembered a distinctive talent.

The sight of Philip Sharpe taking another apparently effortless slip catch became as much a part of Yorkshire cricket in the 1960s as Fred Trueman’s theatrics, Geoffrey Boycott’s patience and Brian Close’s aggression. Sharpe was as integral to the side that won seven County Championships between 1959 and 1968 as any of those team-mates who enjoyed wider celebrity. Don Mosey said he “raised slip catching not only to an art form but a geometrical science”.

Sharpe made it look easy: he seldom dived, rarely tossed the ball up in celebration, and often slipped it into his pocket before spectators realised it had been caught. But his mastery was not achieved lightly, and he would assess a number of factors: the bowler, the pace of the pitch, the strengths and weaknesses of the batsman, and the positioning of wicketkeeper Jimmy Binks. “He and Jimmy had a wonderful understanding,” said John Hampshire. “I can never remember the ball going between them.”

Nothing was left to chance: the stocky Sharpe even chose a more relaxed cut of trousers to make constant crouching and straightening more comfortable. “He stood perfectly still and did not commit himself, did not anticipate,” said Richard Hutton. The method explains why he so often caught the ball when it appeared to have gone behind him. “He had very rapid hand-eye co-ordination,” said Hutton. “He was invincible at table football.” 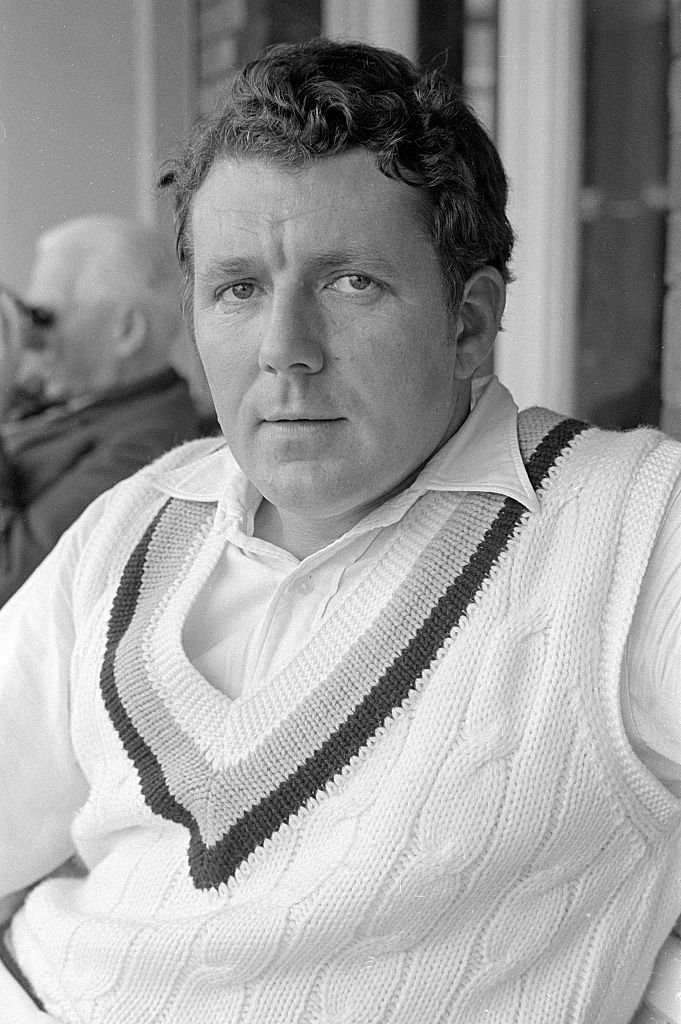 Phil Sharpe played 12 Tests, but is best remembered for his work at Yorkshire

In a 12-match Test career, Sharpe took his opportunities. On debut, against West Indies at Edgbaston in 1963 – after making a crucial 85 not out – he caught Garry Sobers off Derek Shackleton in the second innings to remove the main threat to an England victory. John Woodcock wrote in The Times: “In one action, Sharpe both protected his face and held the catch. This alone would have justified Sharpe’s selection, irrespective of the runs he scored.”

Another Test catch, to dismiss John Shepherd off Ray Illingworth at Lord’s in 1969, was – according to Woodcock – “in the nature of magic”. His occasional lapses became part of dressing-room folklore, such as when he dropped Mervyn Kitchen from successive balls off Hutton at Bath in 1974.

But the paeans to his fielding prowess tended to obscure the fact that catching alone would not have been enough to earn Sharpe a place in an all-powerful Yorkshire team. He was an aggressive middle-order batsman (and occasional opener) who, in 21 seasons, scored more than 22,000 first-class runs at 30 in 493 games. “His critics said he didn’t move his feet enough, but he had such a good eye,” Hampshire said. He scored prolifically through midwicket and was a powerful cutter and puller. If, as some said, he had a weakness against spin on damp northern wickets, it did not prevent him from scoring 29 first-class hundreds.

Nothing was left to chance: the stocky Sharpe even chose a more relaxed cut of trousers to make constant crouching and straightening more comfortable

He also made a significant contribution to the esprit de corps. Sharpe and left-arm spinner Don Wilson led the celebrated ‘Yorkshire choir’ in countless evening sing-songs, usually based on the repertoire of the Black and White Minstrels, who were close friends. The baritone Sharpe was also the pianist, although his insistence on perfect pitch could irritate his less musically gifted team-mates. “He had this damn tuning fork,” said Wilson, “and he used to go around telling us where we were getting it wrong.”

Sharpe was born in Shipley, the son of a local mill executive. His father instilled in him the idea that it was “swanky” to celebrate catches extravagantly. At Worksop College, Sharpe was in the XI from his first year and, although he made plenty of runs on perfect wickets, the headmaster wrote him off as too small to succeed in the professional game. Yorkshire did not agree and, after he “shot up” (his own words) to 5ft 7in, he made his Championship debut against Sussex at Worthing in July 1958; his first hundred followed two matches later, against Somerset at Bramall Lane. In 1959, Sharpe was a regular as Yorkshire pursued a first outright title for 13 years, but was dropped for the run-in. 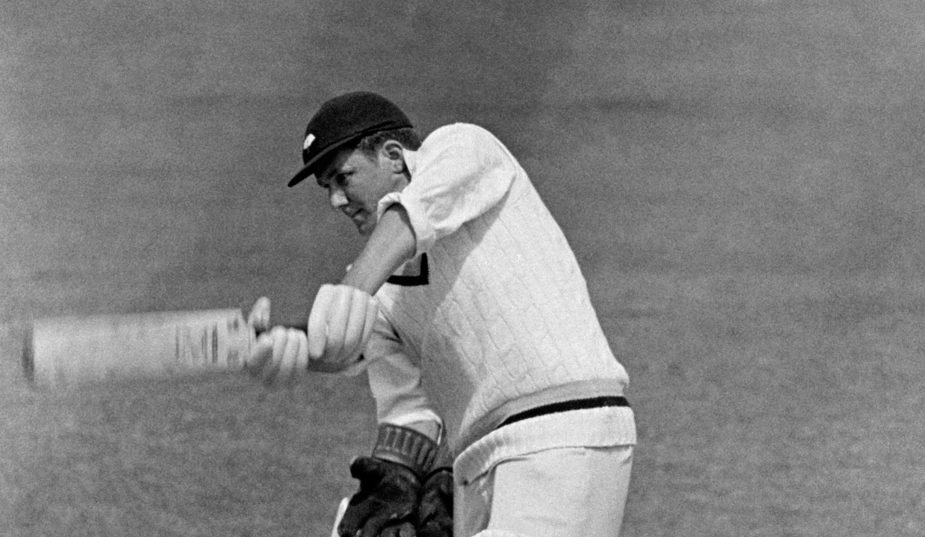 Phil Sharpe in action for Yorkshire

However, his father had already decided to travel to the final two games, at Worcester and Hove, and Sharpe came along for the ride. Arriving at New Road he was told that Cyril Turner, the Yorkshire scorer, had been taken ill, and was pressed into service for two games to record his team-mates’ coronation.

He passed 1,000 runs for the next two summers and had a golden time in 1962, scoring 2,252 runs and taking 71 catches, the fourth-highest in a season. Wisden named him a Cricketer of the Year, but the selectors ignored him for that winter’s Ashes. “He should have gone to Australia,” said Hutton. “The wickets would have suited him perfectly. Instead he went to India the next winter, which was the last place he was going to succeed.”

Sharpe’s England call-up had come against West Indies in 1963 after Colin Cowdrey suffered a broken arm at Lord’s, and the team were in need of middle-order runs and safe hands at first slip. He rose to the challenge, topping the averages with 267 runs at 53 and confirming Ray Illingworth’s belief that he would prosper on quicker, truer Test pitches.

“If he had played more Test cricket he would have become known as one of the greatest of all slip fielders. He took catches that defied belief.”

However, after an unspectacular tour of India, and two Tests in the 1964 Ashes, he was discarded, returning in 1969, and making his only Test hundred against New Zealand at Trent Bridge. His Test career produced 786 runs at 46, though he made one further appearance for England, against the Rest of the World in 1970. Sharpe was not complaining.

“In those days a player was selected for two matches at most. If you didn’t do well, it was a case of ‘On your bike… next please’. Now, in my view, that was good. It made you concentrate doubly to make sure you did well.” He became Yorkshire’s vice-captain but, once Boycott succeeded Close, the early 1970s were not a happy time.

After a poor 1974 season, Sharpe moved to Derbyshire for two years, having the satisfaction of a hundred against a Boycott-led Yorkshire, and making his highest first-class score, 228 against Oxford University. He continued to play hockey, in which he trialled for England, and a spell as captain of Norfolk rekindled his love of cricket. Sharpe served on the Yorkshire committee, ran a travel business and was an England selector for six years from 1983. In all, he took 618 catches. “If he had played more Test cricket he would have become known as one of the greatest of all slip fielders,” said Hampshire. “He took catches that defied belief.”