Sam Loxton was a member of Don Bradman’s Invincibles and the epitome of the ultra-competitive, straight-talking Australian cricketer. His obituary was published in the 2012 Wisden Almanack.

Sam Loxton was Australia’s oldest Test cricketer, a position which passed to Arthur Morris. Everything about Sam Loxton’s cricket was full throttle. Johnnie Moyes compared his bat to “a bludgeon … bashing the bowling with right good heart”; John Arlott saw his bowling as “of no great subtlety, but he is always endeavouring to bowl the fastest ball ever bowled”. As a fielder, he would hurtle over the boundary rope, more concerned with saving a four than sparing the spectators injury by a human projectile.

As both selector and administrator, he was equally forthright, upbraiding Greg Chappell for the underarm scandal against New Zealand in 1980/81: “You might have won the game but you’ve lost a lot of friends.” When he managed the Australian team to Pakistan and India in 1959/60, Lindsay Hassett joked to prime minister Robert Menzies that he should have the army and navy prepared, as “a week after Sam gets to India, war is bound to break out”. Despite Loxton’s directness over issues such as finances and pitches, however, the guns remained silent. It was Arlott who captured his approach to the game when he wrote: “Eleven Loxtons would defeat the world – at anything.”

Neil Harvey, a team-mate, fellow Test selector and close friend over 64 years, said: “No one put more into cricket than Sam did, both on the field and off it, and no one took less out of it.” 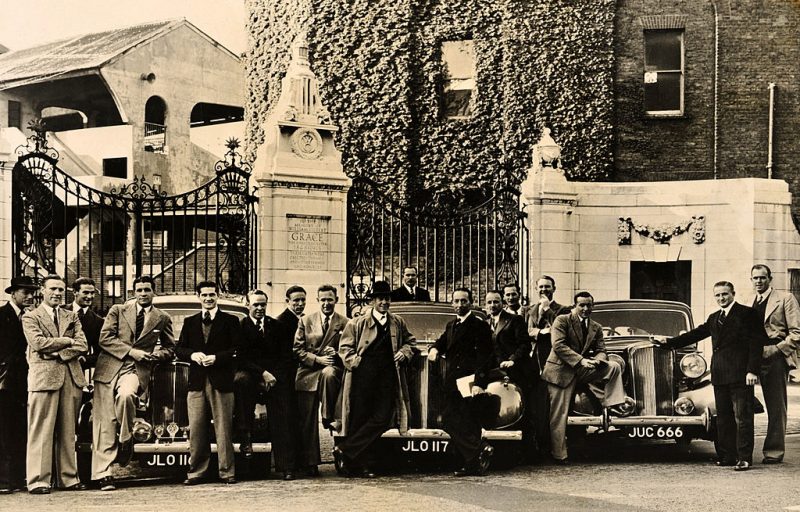 Don Bradman’s ‘Invincibles’ outside Lord’s in 1948. Sam Loxton is second from the left

Loxton was educated at Melbourne’s Wesley College, where he excelled at cricket and Australian Rules football. Cricket, however, was to become his major passion, and he made his first appearance for Victoria at the MCG in December 1946. His undefeated 232, still the third-highest debut innings in first-class cricket, was such a demolition of the Queensland attack that he struck himself on the head with his bat as he whirled into a hook. He refused to seek any treatment until he had taken Queensland’s opening wicket, and was then found to be suffering from mild concussion.

Even though he had a modest season in 1947/48, he seized his opportunity when selected for the fifth Test against India, with 80 in a fourth-wicket stand of 159 with Harvey and three useful wickets. This ensured a place as one of the 1948 “Invincibles” in England, although he did not make the Test team until the third match, when he replaced Bill Brown.

Loxton’s indelible moment arrived in the fourth Test at Headingley, when his 93 included five sixes and eight fours – after he had come in at No.6 with Australia still more than 300 behind. His innings ended when he attempted another huge drive and had his stumps scattered by Norman Yardley. Chastised by Menzies in the dressing-room, Loxton shot back: “Haven’t you made a few mistakes in your time, too?”

"No one put more into cricket than Sam did, both on the field and off it, and no one took less out of it"

In South Africa in 1949/50, he hit an aggressive hundred in the first Test, but played an even more crucial innings in the third at Durban. After rain had reduced the two middle innings of the match to a lottery for survival, Australia were struggling at 95-4. While Harvey produced an innings of light-footed magic, Loxton wore the hair-shirt of self-discipline in contributing 54 in 166 minutes to a stand of 135 which eased the path to victory. However, Loxton lost his place after three Tests of the 1950/51 Ashes. Runs dried up, and his bowling was ineffectual – Neville Cardus called it “distant thunder after the storm” of Ray Lindwall, Keith Miller and Bill Johnston.

Loxton toured India with the Commonwealth team three years later, and captained Victoria during his final season, in 1957/58. His best figures of 6-49, against Western Australia in 1956/57, were a reminder that he was still capable of damage. He continued his involvement with the game as a state selector from 1957 to 1981, and was a member of the national panel for a decade from 1970, when he replaced Jack Ryder, the man he called his “cricket father”. 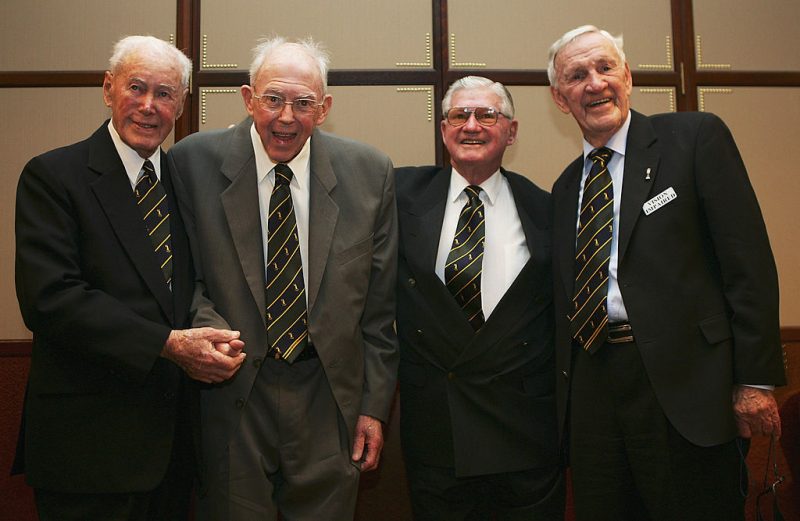 In 1955, he gave up his banking career and narrowly won the seat of Prahran in the Victorian Legislative Assembly for the Liberal Country Party, holding it by increasingly comfortable margins until 1979. He acted as government whip from 1961 until his retirement, soon after which he was awarded the OBE for his services to both sport and parliament.

Loxton retired to Queensland’s Gold Coast, where he resumed his interest in cricket by umpiring local matches until problems with his sight intervened. What he did not lose, though, was an ability to have an opinion on all matters cricket, and a willingness to share it in his inimitably blunt fashion. In December 2000 he had to face a profound double tragedy when, on the same day, his third wife, Jo, drowned in the family swimming-pool and one of his sons, Michael, was killed by a shark in Fiji.