Sourav Ganguly, who celebrates his 47th birthday this month, was the great modernising captain of India. When he was inducted into the Wisden India Hall of Fame in 2017, a celebrated former team-mate wrote a revealing tribute.

The first words that come to mind as I sit down to write about Sourav Ganguly are “remarkable transformation”. Sourav the India cricketer was a quiet, shy, unassuming, reticent character who largely kept his own counsel, seldom spoke at team meetings and would have been largely anonymous had it not been for the vast legion of journalists from Bengal travelling with the Indian team.

Sourav the India captain was the exact opposite: charged up, aggressive, ready with a sledge and wearing his heart on his sleeve, even if he was still more of a listener at team meetings.

Having shared the Indian dressing room with him for the better part of 12 years, I was well placed to watch this fascinating cricketer’s journey in international cricket.

Every time Sourav was cornered, he fought back with a tiger’s resolve

We had played together for India A in Sharjah in 1995, and after a very good Wills Trophy that season, he broke into the Test team for the tour of England in 1996. There were a few murmurs over his selection, but Sourav silenced the naysayers with centuries in his first two Test matches. That was to be a recurring phenomenon over the next dozen years: every time Sourav was cornered, he fought back with a tiger’s resolve.

My Test debut came in the same year, at home against South Africa in Ahmedabad, and that was because Sourav missed the match through injury. From then on, we were constant companions in the Indian dressing room, part of an emerging young brigade that enjoyed and fed off one another’s company and success.

The standout feature of Sourav’s character has to be his resilience, and his whole-hearted commitment to every responsibility he embraced. He took charge of the Indian team at a difficult time, not long after the 3-0 pounding in Australia in 1999/2000 and immediately after losing 2-0 at home to South Africa. Not just on the field, it was a difficult time for India off it too with the match-fixing saga exploding.

It was important not just to win matches but also to restore the faith of the fans. Sourav proved to be the ideal leader at that stage, helped by the fact that he had at his command players who already were or would go on to become legends of the game.

As it always does with success, several things fell in place at the start of Sourav’s tenure. In John Wright, we had our first foreign coach, and his thought process was remarkably aligned to Sourav’s. John was a strong advocate of discipline and work ethic, and both he and Sourav placed greater emphasis on contributions to the team’s cause rather than individual milestones. 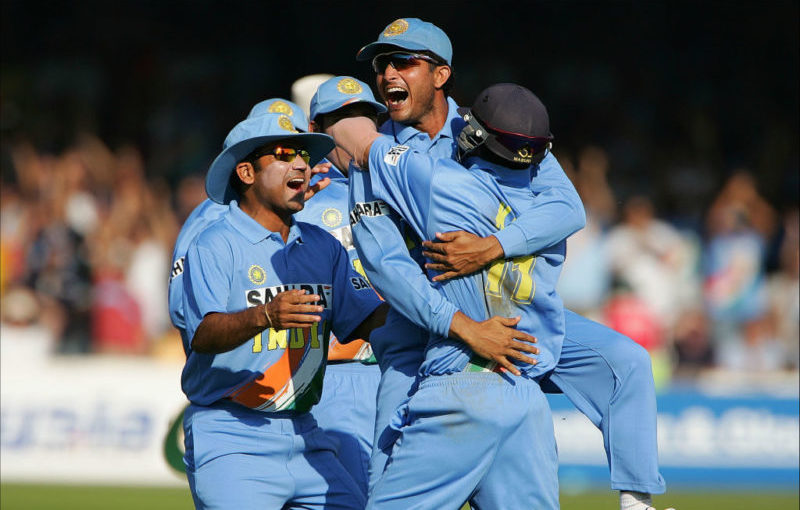 With Ganguly at the helm, India developed the belief that they could challenge opposition overseas

If tough calls had to be made, then they were made, but players were always kept informed about why certain decisions had been taken, because Sourav realised early on that his captaincy legacy would depend entirely on getting the team to understand and buy into his line of thinking.

It was 2001, and Sourav had been captain for less than a year, when Steve Waugh’s Australia arrived in India chasing a record winning streak in Tests. For the first time, an Indian captain was willing to give as good as he got. Tiger Pataudi and Sunil Gavaskar, among others, had stood up for causes in the past, but they were never in your face; they never deliberately tried to rile the opposition. Sourav believed that as players, we were second to none, and therefore if he had to give the opponents back in the same coin, then so be it.

That 2001 series win was to have massive repercussions on the way we approached the game. Suddenly, there was this belief that we could win from any situation, in any condition, against any opposition.

Sourav placed particular emphasis on winning overseas because he felt that was the hallmark of a good team. India were historically not successful overseas and it was a tag he was desperate to erase. He also realised that for India to be successful abroad, we needed to play to our strengths. In England in 2002, for instance, our pace bowlers hadn’t troubled the home side in the first two Tests, so going into the Headingley Test, we decided that our best chance of victory was to play both our frontline spinners.

Sourav the captain tended to overshadow Sourav the batsman, but I have seen few better timers of the cricket ball

Having picked two spinners, we would have to bowl last if the option presented itself, which meant we had to bat first in somewhat tricky conditions. The batting group was up for the challenge. We knew that we would encounter an uncomfortable few hours, but we also knew that as a team, this was our best chance for victory. As it transpired, Rahul [Dravid], Sachin [Tendulkar] and Sourav made hundreds, and Anil [Kumble] and Harbhajan [Singh] played their parts in our innings victory.

This is but one instance of Sourav empowering the playing group, and especially the bowlers. As a captain, when the team is batting, the most you have to do from time to time is to decide whether to shake up the batting order or when to declare. When you are on the field, though, you need to make many more decisions. With Sourav, the decision-making was pretty much left to the bowlers.

After all, they were the ones doing the executing, so it made sense that they do the planning as well. That way, they would also be more responsible and take ownership of their actions.

Sourav the captain tended to overshadow Sourav the batsman, but I have seen few better timers of the cricket ball or few clearing the straight boundaries with greater ease. The way he leaned into his drives on the off side was a visual delight and the envy of batsmen the world over. He was brilliant at hitting in the air down the ground, not just while dancing down the track to the spinners, but while also using the depth of the crease against the faster bowlers, especially in one-day cricket where he was clearly one of the finest openers of all time. 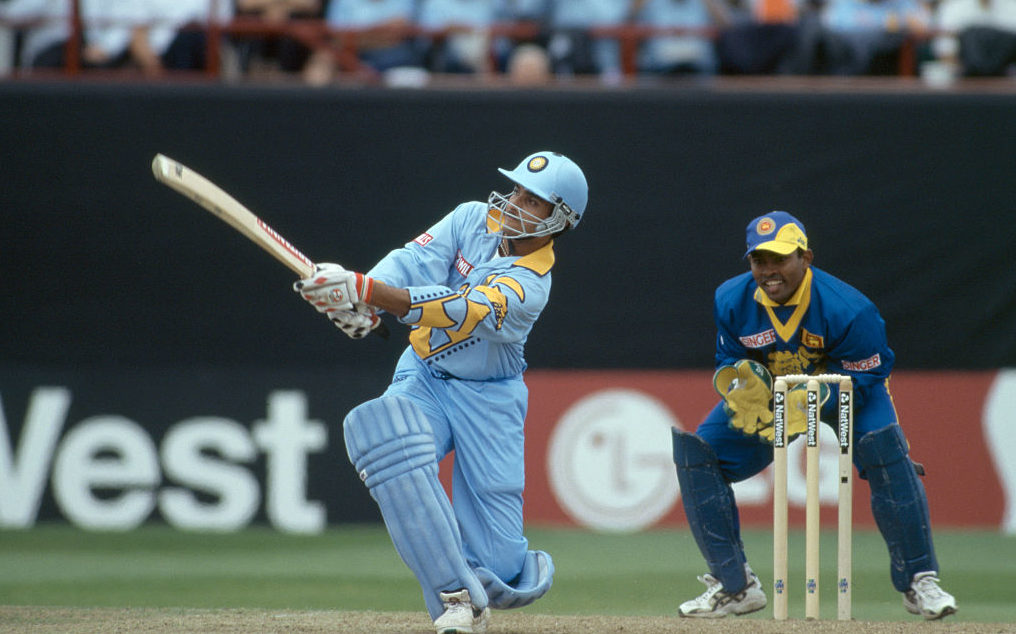 His first Test tour, to England in 1996, provided the world with a fair idea of what to expect when Sourav was at the batting crease. During those first two centuries, he showed no signs of nerves and demonstrated a composure that doesn’t come to everyone; I don’t remember seeing a single shot hit in anger or haste.

His timing through the off side was extraordinary. It was as if he was merely putting bat to ball, and there the little cherry would speed away to thud into the boundary boards. I have always believed his best Test innings was the 144 against Australia on a bouncy, quick Gabba surface in 2003. It was the first Test, and Sourav came out all guns blazing, his positivity and attacking nature letting the Australians know that we were not there just to make up the numbers.

That counter-attacking knock from 62-3 was a big factor that series as we dominated the Tests, narrowly missing out on our first series win on Australian soil.

In one-day internationals, he seldom batted under Sachin’s giant shadow, always more than holding his own, fearless and with an innate understanding of which bowler to go after and whom to treat with respect. His annihilation of Sri Lanka in the World Cup game in Taunton in 1999 was breath-taking – he made the County Ground appear far smaller than it was – though I am partial to the pair of 141s against a Pakistan attack comprising Wasim Akram, Shoaib Akhtar and Saqlain Mushtaq in Adelaide in 2000, and against a South Africa side that included Allan Donald, Shaun Pollock, Jacques Kallis and Lance Klusener in the ICC Knockout Trophy in Nairobi later that year.

He did have his problems against the short ball, and with word travelling, it wasn’t long before teams got their fast bowlers to bang the ball in and angle it at his ribs. Sourav found a way to tackle that challenge too, like he did during that darkest phase in his career from the 2005 tour of Zimbabwe onwards.

Considered superfluous by coach Greg Chappell, whose approach was diametrically opposite to Sourav’s even if their mindsets in some ways were similar, he rediscovered his batting and stormed back into the Test side, enjoying a purple patch between the end of 2006 and his retirement in November 2008. It was another example of Sourav’s ability to put mind over matter, and to make his point when he felt it needed to be made.

Sourav, while not being the swiftest mover, was smart at practice, knowing exactly what he wanted from each session. His reading of the game was outstanding, and I always felt that he was a couple of steps ahead of the game.

It came as no surprise when he made his foray into cricket administration. He has always been excellent at managing situations and people. I have often told him, and only half in jest, that he is cut out for a life in politics to serve people because not only does he know what needs to be done, he also knows how to get it done. Having seen first-hand the proactive steps he has taken as president of Cricket Association of Bengal, I am sure he has plenty to offer not just for Indian cricket, but to the nation as a whole if and when he does take the plunge into politics.

There is that burning desire to excel in whatever he does that has been a glowing Sourav trait. He showed fortitude to return to the Indian team in 1996 after nearly five years in the wilderness, he took exceptionally well to captaincy, he reorganised his game whenever questions were asked, he bounced back from his ouster during the Chappell era.

He has already proved himself to be an able administrator, he has been a sharp, insightful television commentator who is not afraid to speak his mind, and hosts a massively successful reality show on Bengali television. There is very little he has embraced that he hasn’t been successful at, and that comes from strong, powerful and aggressive willpower and the skill to remain in his own bubble even in the midst of hundreds of people.

From time to time, Sourav still fancies a game in the middle, the cricketer in him refuses to go away. He is still competitive, but while the mind is willing, the body doesn’t always respond. That ship has most definitely sailed, Sourav, but there are plenty of other ports of call waiting for you.

Wisden India 2019 is published in September