Sylvester Clarke was one of the fastest of all the pace bowlers to emerge from the Caribbean in the 1970s and 80s. He was also the most ferocious. He died, aged just 44, in 1999.

Sylvester Clarke died the day after Sir Conrad Hunte and a month after Malcolm Marshall, completing a terrible treble for Barbadian cricket. Yet it was estimated that Clarke’s funeral was the best-attended of the three. “You see,” said one Bajan, “he was one of us.”

Clarke played in only 11 Test matches, and six of those were when West Indies were weakened by the absence of their World Series players. But he was an exceptional fast bowler, and in 10 years with Surrey rapidly acquired a reputation as perhaps the most feared of them all. He bowled chest-on, and he had a very big chest. His stock delivery zeroed in towards the batsman’s body, and his bouncer was very hard indeed to pick up, prompting persistent bar-room and dressing-room whispers about its legality. Dennis Amiss called it “a trap-door ball” – because it came out of nowhere. 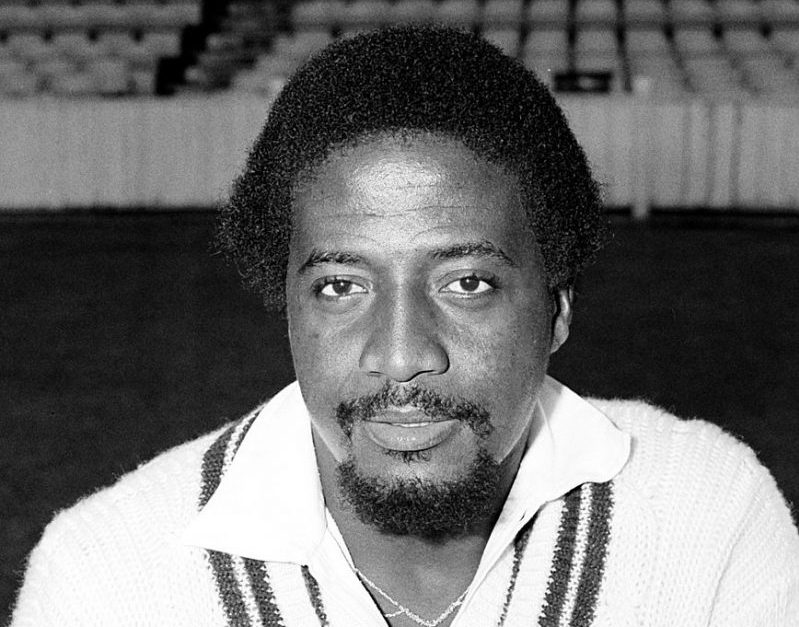 Clarke was canny enough to acquire an outswinger as well, or at least a ball that held its line. His style was the reverse of the whispering run perfected by his contemporary Michael Holding: “As soon as you heard his foot banging down,” said one team-mate, “you knew it was going to be really quick.” There were different views about the extent to which the malignant outcome was the result of malignant intent – he was a quiet man both off the field and on it – though he would certainly target the odd individual.

He would sometimes get most incensed by tailenders who backed away: instead of taking the opportunity to bowl them, he would ensure that however far they went to leg, the ball would follow. Those on the right side of him were loyal and affectionate: “He was one of the nicest blokes I ever met,” said his team-mate Alec Stewart.

Clarke began on Barbados with the Kent club, where he had watched Charlie Griffith bowl, and made his debut for the island in 1977/78. In his third match, he took a hat-trick against Trinidad and, before the season was over, was in the apology for a Test team West Indies had to field against Australia after the World Series players walked out. He never played another home Test. Before injuring his back, he played in five Tests out of six in India the following season but suffered from dropped catches. Then he made the full-strength team on tours of Pakistan in 1980/81 and Australia in 1981/82.

Standing in the outfield during the first Test staged at Multan, he was pelted by oranges. Cheek-turning not being his custom, he picked up a brick boundary marker and threw it at one of the ringleaders, who was taken to hospital. The game was suspended, and so was Clarke. He did visit his victim, but the incident did his long-term prospects no good and, when the West Indian rebels went to South Africa, Clarke signed up.

He then built a secondary career playing for Transvaal, Orange Free State and Northern Transvaal in subsequent southern summers, terrorising batsmen there. His own batting was intermittently explosive: in 1981 he scored a century in 62 minutes at Swansea. Clarke’s relationship with Surrey broke down in 1989, by which time the rum may have been playing a part. In 1993/94, he turned up at the Bridgetown nets on England’s tour – well-fortified, according to eyewitnesses – and, wearing training shoes without socks, took a turn bowling to Graham Thorpe off a short run. It was as quick as anything England saw all tour.