Patrick Noone looks at what Australia were lacking on a day of ‘what might have beens’ for the tourists.

The selection of Australia’s bowling attack was the subject of much scrutiny before the Ashes began. Pat Cummins, the number one bowler in the world according to the ICC rankings, was always going to play. As was Nathan Lyon as the sole spinner. That left Josh Hazlewood, Mitchell Starc, James Pattinson and Peter Siddle essentially vying for two spots, assuming they opted for the six batsmen/four bowler balance that is their norm.

Hazlewood missed out on Australia’s World Cup squad, in part so he would remain fresh for this series. Starc is the fastest active bowler in the world and is coming off the back of a second successive World Cup as leading wicket-taker. Yet neither was picked, as Pattinson and Siddle got the nod. 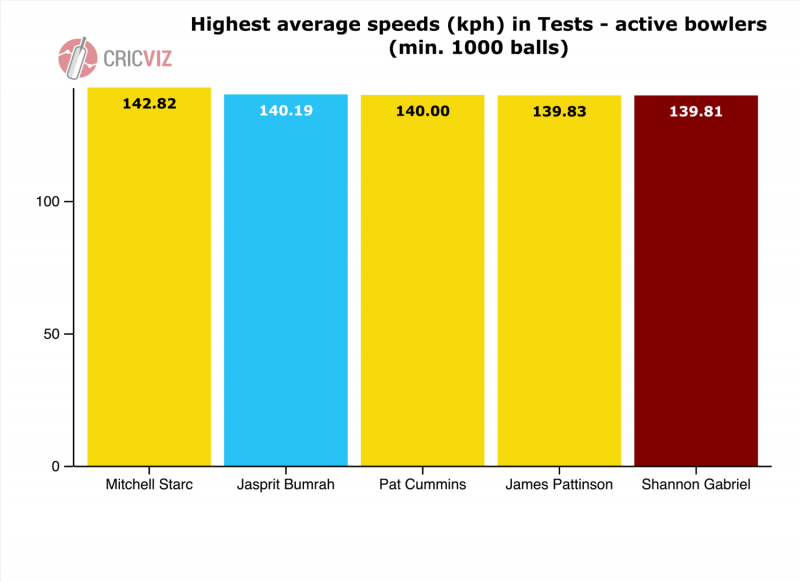 At face value, the decisions to pick the Victorian pair looked like emotional ones, though each for different reasons. For Siddle, it was a case of returning to the safety of what they knew. A bowler who is tried and tested, a veteran of five previous Ashes series and a regular tormentor of England batsmen in years gone by.

While Pattinson, undoubted talent that he is, the adage of a player becoming better when he’s not in the team is certainly applicable to him. There was excitement in the potential, of what Pattinson could do if given a run of games free of the injuries that have blighted his career before now.

Of course, there are other reasons that strengthen the selection case of both seamers. Pattinson has played county cricket for Nottinghamshire, Siddle for Essex; they are accustomed to English conditions and to bowling with the Duke’s ball, to a level that Hazlewood and Starc are not.

However, despite all of that, when Rory Burns and Joe Root were batting along serenely for 42.4 overs either side of lunch, you couldn’t help but feel Starc’s absence and wonder if Australia were guilty of over-thinking their selection by leaving out two of their three premier seamers.

Edgbaston is a ground where runs have historically come easiest in the second innings. Since 2006, runs have come at an average of 34.93 per wicket in that period, significantly higher than the other three innings. 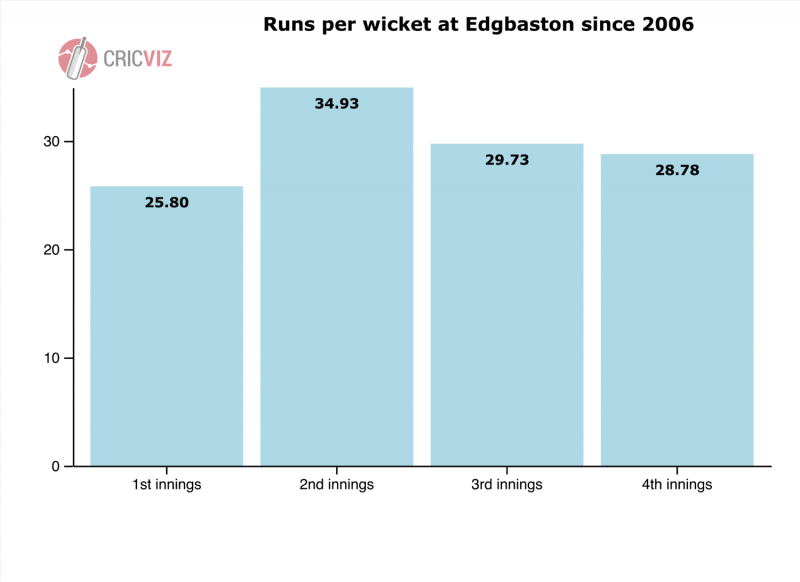 Those numbers suggest the pitch gets easier to bat on and according to PitchViz, our model that assesses the difficulty of batting based on ball tracking data, that was certainly the case in this Test. On day two, there was less swing on offer and the pitch was a touch slower than it had been on day one.

The differences might appear marginal, but they were enough to blunt an Australian attack that suddenly looked quite samey. Three right-arm quicks, all with an average speed between 132 and 137kph, breaking their backs to extract life out of a flattening pitch; there was more than a whiff of England’s most recent tour Down Under.

And that’s largely the pertinent point. On that 2017-18 tour, England rarely bowled badly; Chris Woakes, Stuart Broad and James Anderson didn’t become bad bowlers despite their struggles and despite the eventual series score-line. The same was true today of Australia’s trio.

Siddle bowled with characteristic full-blooded enthusiasm and no small amount of skill or accuracy. Overall, 44% of the balls he bowled were on both a good line and length, the joint highest of any seamer in this Test, along with Chris Woakes.

Pattinson reached 145kph, quicker than he managed in previous innings on English soil, six years and several injuries ago. He drew a false shot from 35% of the balls he bowled, comfortably the most of any seamer in the match. Yesterday, Stuart Broad’s equivalent figure was 25% on his way to a five-wicket haul.

Cummins, while guilty of being a touch too short throughout the day, still bowled more than half of his balls on a good line and picked up the key wicket of Jos Buttler before he could inflict any serious damage.

But sometimes you have days like this in Test cricket. England had plenty two and a half years ago, and the calls then were for more variety – some extra pace or perhaps a left-arm option. In Starc, Australia have a bowler who ticks both boxes and whose skillset is ideally suited to make breakthroughs on days like today.

The beauty of a bowler like Starc is that he takes the pitch out of the equation. Yes, he’s frightening to face when there is some juice in the wicket, but he’s no less threatening when the pitch is lifeless. The three innings in which Starc has bowled on the slowest pitches he’s ever encountered, he finished with five wickets twice and four wickets once. In Sri Lanka in 2016, he took six wickets on a pitch with a pace rating of 4.5, not dissimilar to the one at Edgbaston for this Test. 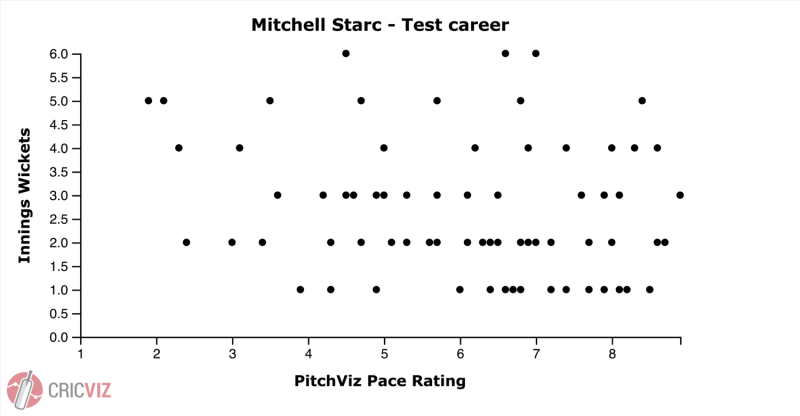 Australia still have time to fight their way back into the Test. They still lead England by 17 runs and will surely have more luck with the ball tomorrow than they did today. Siddle or Pattinson might yet bowl a match-winning spell in the fourth innings and even if not, the former has already kept them in the game with the bat.

Related Story: Quiz! Name all the batsmen dismissed by Mitchell Starc in the 2019 World Cup

The selections have not been without merit or logic and could yet prove to be a masterstroke. But until then, today was a stark reminder of what Australia lack without Mitchell.

Patrick Noone is an analyst at CricViz