Cameron Bancroft made an unbeaten 138 in his first red-ball match after serving his nine-month ban for ball tampering.

Bancroft, who along with Steve Smith and David Warner was involved in the sandpaper scandal on Australia’s Test tour of South Africa in 2018, which resulted in bans of up to a year for them, had made his domestic cricket return for Perth Scorchers in the Big Bash League. However, Western Australia’s Sheffield Shield game against New South Wales on Sunday, February 24, was his first first-class game since that infamous Test.

Related Story: ‘Can’t believe the whole team isn’t in on it’ – Flintoff on Australia ball-tampering scandal

He carried his bat in a 358-ball effort, making half of his team’s total of 279 and offering a reminder of his abilities to the selectors ahead of the Ashes later this year.

However, it may be a while before Bancroft can move on from the incident. Speaking after the knock, he was again asked about his relationship with Smith and Warner, to which the batsman denied suggestions of any rift. 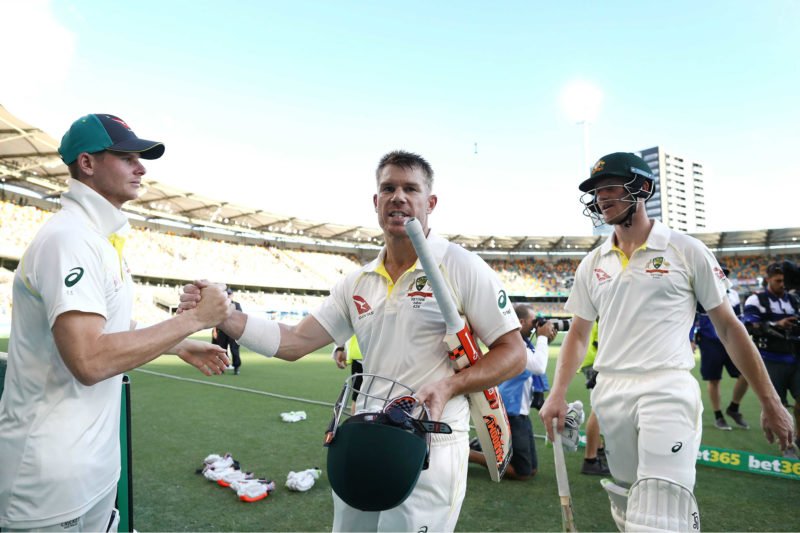 Cameron Bancroft insisted there is no rift with David Warner

Bancroft and Smith had given interviews aired at the time of the Boxing Day Test last year, after which they – Bancroft especially – were accused of throwing Warner “under the bus”. The youngster however insisted that the three of them had stuck together.

Despite the criticism around that interview, Bancroft, who has been vocal about his journey to forgive himself, had few regrets.

“There were some really powerful lessons I learned through my journey that I wanted others to connect and to share with,” he said. “If other people were triggered by that, I guess that’s their battle to face. But if I was able to touch people through some parts of my journey, and to help them break through (in) their lives, that was my sole intention for that.”