Former Australia coach Darren Lehmann, who resigned in the aftermath of this year’s ball-tampering scandal, has defended his team, claiming that they were “not as bad” as the media portrayed them.

Speaking to Macquarie Sports Radio, Lehmann argued that sledging was far worse when he was a player. He said: “When I played, there was a lot worse sledging going on in those days and years before. You want to promote the game fairly and play hard but fair on the field.” 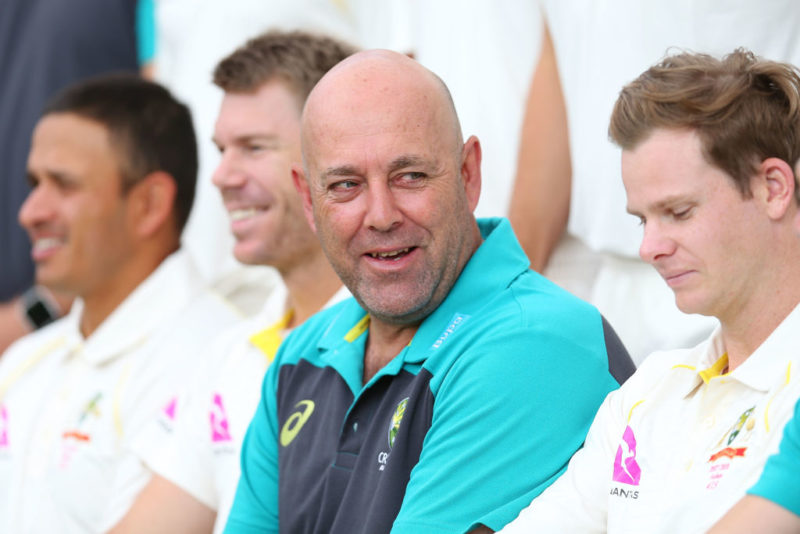 Lehmann resigned shortly after Bancroft, Smith and Warner were handed their bans

He did admit though that there were a few occasions when his team overstepped the mark. “There was a lot of talk about the Australian team being over-aggressive and there were some incidents in some games that they probably pushed it too far. They got dealt with accordingly from the ICC and match referee when they crossed that line but the Australians play that way in essence a lot of the time.

“They’re not as bad as portrayed in the media.”

After the disrepute brought to Australian cricket from the ball-tampering debacle, Lehmann appreciates the need for a new balanced approach to the way the team goes about their cricket – a challenge for the new coach and captain combination of Justin Langer and Tim Paine.

I want to see them win, play well, play fair but you've still got to have that right balance and that's the real tricky art Justin and Tim are going to face this summer.

Comparing their brand of cricket to New Zealand, who received near universal praise for their hard but sporting cricket played under Brendon McCullum, Lehmann said: “It (playing like New Zealand) will certainly help win the fans back over, and that’s important because we want kids playing the great game of cricket. But you also need to win, win a certain way.

“That’s a fine balance, because as Australians we want to see the Australian cricket team winning – I do, I’m a fan now sitting on this side. I want to see them win, play well, play fair but you’ve still got to have that right balance and that’s the real tricky art Justin and Tim are going to face this summer.”

In Australia’s first series after Lehmann resigned as coach, they lost 5-0 in an ODI series to England. They subsequently finished runners-up in a T20I tri-series with Zimbabwe and Pakistan.