You didn’t really think Chennai Super Kings would lose three in a row, did you? Well, they didn’t. Sunrisers Hyderabad, for all the brutal hitting of David Warner and Manish Pandey, couldn’t get one over on the veterans’ unit of IPL 2019.

Shane Watson was the oldie who shone on Tuesday, April 23. A 53-ball 96 from someone who has struggled to get bat on ball all season – he made chasing a 176-run target look like child’s play, and by the end of the night, those who had begun questioning CSK were gagged.

You can’t ever count Dhoni’s men out.

Little William reveals his high-five buddies among the @ChennaiIPL cubs, the team’s six-hitters and dad’s innings on Tuesday night. By @RajalArora. #CSKvSRH

Shane Watson. This was a vintage Watson assault, all-powerful and dominating. It came in his 11th innings for Chennai this season – in his ten previous outings, he had a high score of 44. With five single-digit scores including two ducks, there was little surprise that critics were questioning his place in the side.

Related Story: How Manish Pandey made the most of his lone long-awaited chance

Watson’s knock comes just at the time Chennai’s batting as a whole was under the scanner. In such situations, it would have been easy for the CSK management to drop Watson, but even in the past, CSK have shown the value of placing faith in people. Dropping out-of-form players, as much as they can help it, isn’t the Chennai way.

Watson paid it all back beautifully. His 53-ball knock comprised nine fours and six sixes. He showed he’s still got it, and after all the drama had died down, he said: “I can’t thank Stephen Fleming and MS Dhoni (enough) for keeping the faith in me. Most other teams I’ve played in, I’d have been dropped a few games ago.”

Watson may well have turned a corner.

Rashid Khan. At a cursory glance, it’s hard to include him here – he has 10 wickets in as many matches, and that puts him at No.11 on the IPL wicket charts.

But Rashid is no longer that young sensation from Afghanistan. He’s a proven player. And that brings with it different, more pressing demands. Last year, he was a wicket-taker – he returned 21 wickets in 17 matches, including a best of 3/19, as Hyderabad reached the final. He doesn’t seem as much of a threat anymore, with batsmen now content to see him off.

Hyderabad will hope he regains last season’s fire as the knockouts get closer. 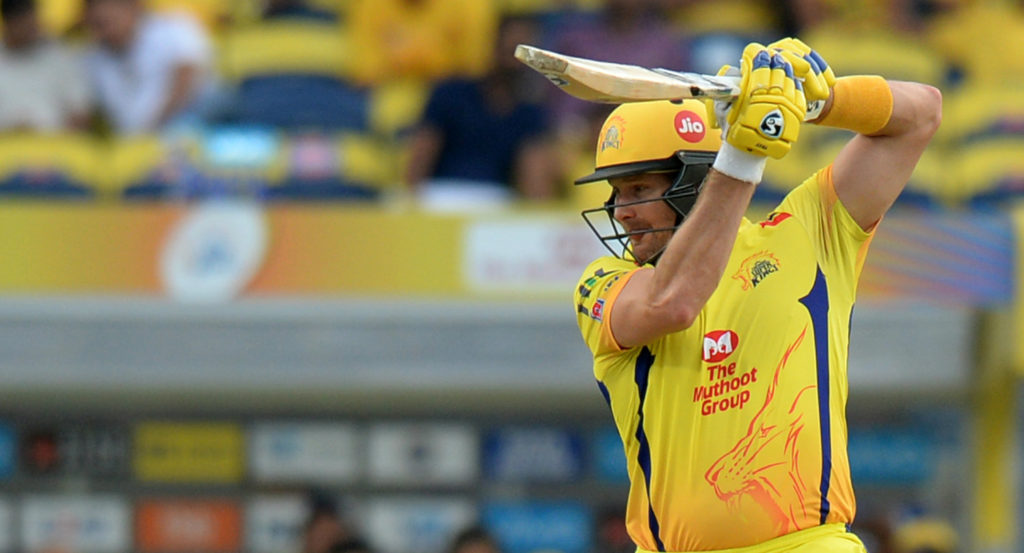 Watson has the captain’s backing

– MS Dhoni lays out of the Chennai way.

Manish Pandey brings up his 13 #VIVOIPL half-century of 25 deliveries 👌👌 pic.twitter.com/MfsmeJm925

– Manish Pandey, after being pushed up to No.3 and excelling.

RCB vs KXIP! Bangalore have won three of their last four matches – they have already exceeded expectations. They come up against a Punjab side bang in the middle of a dogfight for the No.4 spot. If things get intense enough, we might see Ashwin Mankad Kohli – fingers crossed!