There had been a fair bit of excitement and anticipation in India when it came to Archer. Ever since he turned out for Hobart Hurricanes at the Big Bash League in Australia in 2017, his pace – 145 kph and more – and his accuracy had been talked up. Then came the IPL contract with Rajasthan, worth around £800,000, and everyone was waiting to see him in action in India.

Playing his first game of the season against Mumbai, the defending champions, Archer was the only bowler in the Rajasthan camp to concede runs at below six per over, while also picking up wickets. 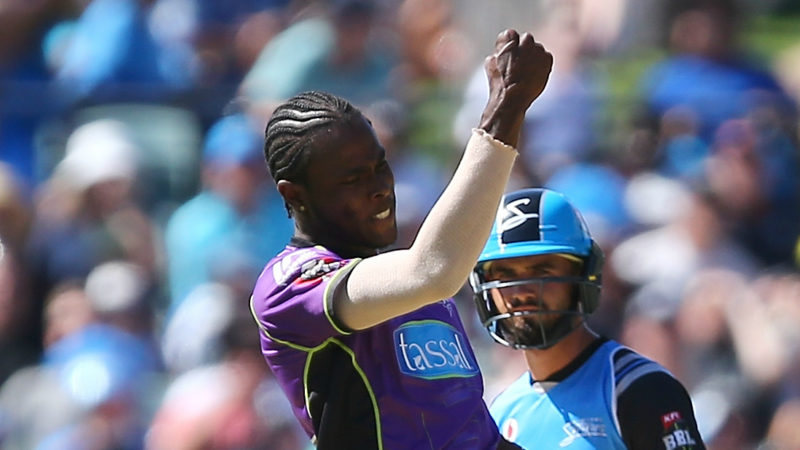 All of them came in his last over of the evening – the 19th of the match – when he sent back Krunal Pandya, Hardik Pandya and Mitchell McClenaghan to restrict Mumbai to 167-7 in their 20 overs. The first was a knuckle ball that Krunal Pandya sent to deep mid-wicket for a simple catch. Hardik Pandya was bowled off the pads with a searing yorker. And McClenaghan was clean bowled with a yorker that swung into him.

“It is good to be back on the park after being injured and missing the first four games,” said Archer after being named Player of the Match. “We just wanted to restrict them. I think they were on par for 190, so Stokesy (Ben Stokes) had a chat with us halfway and said that we really need to bring it back and we did and then we chased the runs down.”

Born in Barbados, Archer played three games for the Windies Under-19 side in 2013 but wasn’t selected for the 2014 U19 World Cup. Stunted by a recurring back injury, he made his way to England, where fellow Barbadian Chris Jordan asked him to bowl in the Sussex nets. He was signed up by the county 2016 and has made clear his desire to play for England, and not the Windies. 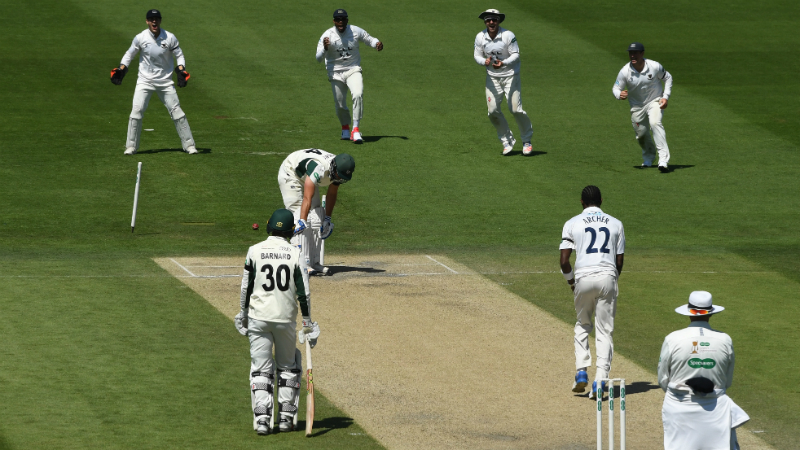 Archer is 23. A free-flowing action coupled with accuracy and the ability to bowl the in-swinging yorkers at will makes the right-arm pacer the perfect T20 package. He is also a handy lower-order batsman and a gun fielder.

His task, however, was not complete with the four-over spell. Coming into bat at No.7 with the home side needing 43 to win in 21 balls, he hung around to score eight runs before Krishnappa Gowtham ended the match with a scintillating 11-ball 33 not out.

"The heartbeat hasn't come down as yet; still pumping from that win"

“It was a little nervy coming on at the end,” said Archer. “I was just trying to rotate (Jasprit) Bumrah because he was bowling the best, so get around him and then take on the other bowlers around.

“I think we needed something on the lines of 40 from 20, but with all the talent in the dugout, I was sure we were going to win it easy. 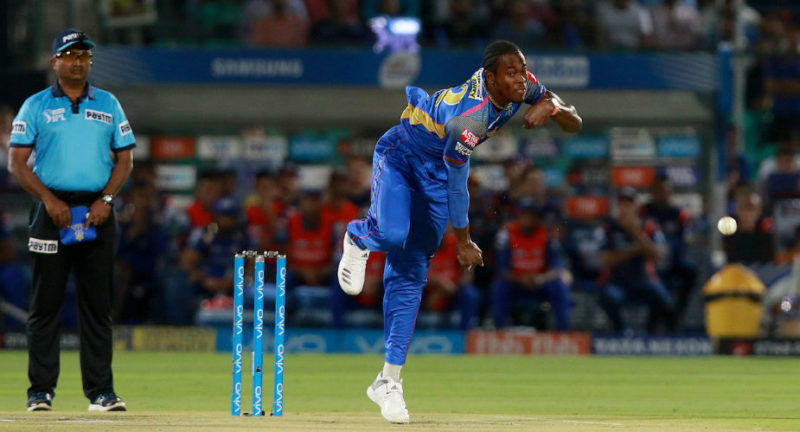 “Happy to see him back,” said Rahane. “Jofra can bowl at 140-plus, his pace, his accuracy is incredible. The way he is thinking, he’s always thinking about wickets and that is the way to go about it. When you think about wickets, your mindset is always positive.”

Mumbai have got a taste of Archer’s abilities. Now it’s for the other teams to get ready and, hopefully from their point of view, counter the threat.