Two time IPL champions Kolkata Knight Riders will begin their IPL campaign next year with a new look management team, as Jacques Kallis and Simon Katich have decided to step down from their positions of head coach and assistant coach respectively.

Kallis, who was a part of KKR’s victorious campaign in the 2012 season as a player and later served as a mentor, had taken over the position of head coach from Trevor Bayliss, the current England coach, in October 2015.

During his tenure, the Knight Riders made three successive playoff appearances from 2016 to 2018, before finishing fifth in the 2019 season after a six-match losing streak midway through the season.

Katich had began his tenure with KKR around the same time as Kallis, having also coached the team’s Caribbean Premier League franchise, Trinbago Knight Riders, helping them win back-to-back titles in 2017 and 2018. 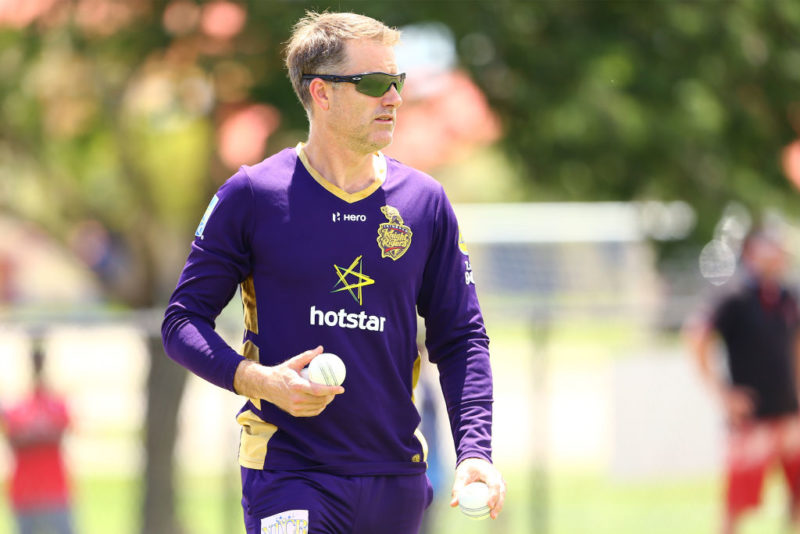 The former Australia cricketer’s stint with both teams has now officially come to an end and he will coach the Manchester Originals team in the inaugural season of The Hundred – a professional 100-ball cricket league in England and Wales commencing in July 2020.

Kallis too, reflected on his nine-year long experience with KKR, adding that he’ll look to continue his work in the game.

“After nine fantastic years with KKR since 2011, as a player, mentor and head coach, it’s time to explore new opportunities,” the former South Africa all-rounder said. “I would to like to thank the owners, management and fellow players for many happy memories.”

Currently led by Dinesh Karthik, the Knight Riders are yet to announce replacements for the two coaches.