“It was a day when everything went right for Rashid Khan,” said Dinesh Karthik, the Kolkata Knight Riders captain, after his team’s run in the competition was brought to an end by Khan at Eden Gardens on Friday, May 25.

“In these kind of games, you want one individual to stand up and put pressure on the opponent. Credit to him.”

Khan, who had been an integral part of the bowling attack that had lifted Hyderabad to the top of the league table, made his first contribution of the day with the bat. Coming in at No.8 with his team 134-6 with 13 balls left, the leg-spinner offered a reminder of why his strike rate was a healthy 138.14 in the 20-over game.

Following the advice of his senior Afghanistan teammate Mohammad Nabi, to play straight and back his ability, he struck two fours and four sixes. That took Hyderabad to a competitive 174-7.

“I have big-hitting skills, and I’ve put in hard work. I believed in my skills,” said Khan later.

With the ball, he was as economical as ever, going at just 4.75 to follow the 2-11 from the previous game. His three wickets included Chris Lynn, the top scorer, Robin Uthappa and Andre Russell, the dangerous West Indian being beautifully set up by the bowler and his captain.

"Bowling and batting can be matters of fate, but fielding is in my hands and I try to do my best”

With Russell inclined to take the game deep and simply defend to Rashid, Kane Williamson brought in a short-leg fielder to stifle him. Russell by then was not ready for a googly and handed Shikhar Dhawan an easy catch at first slip.

“The plan was that I was bowling leg-spin to him. I’d left the googly as a surprise delivery. Credit goes to the captain for keeping a close-in field. The plan was to bowl a wrong ‘un and mix it up. Good that Shikhar caught it,” explained Khan. 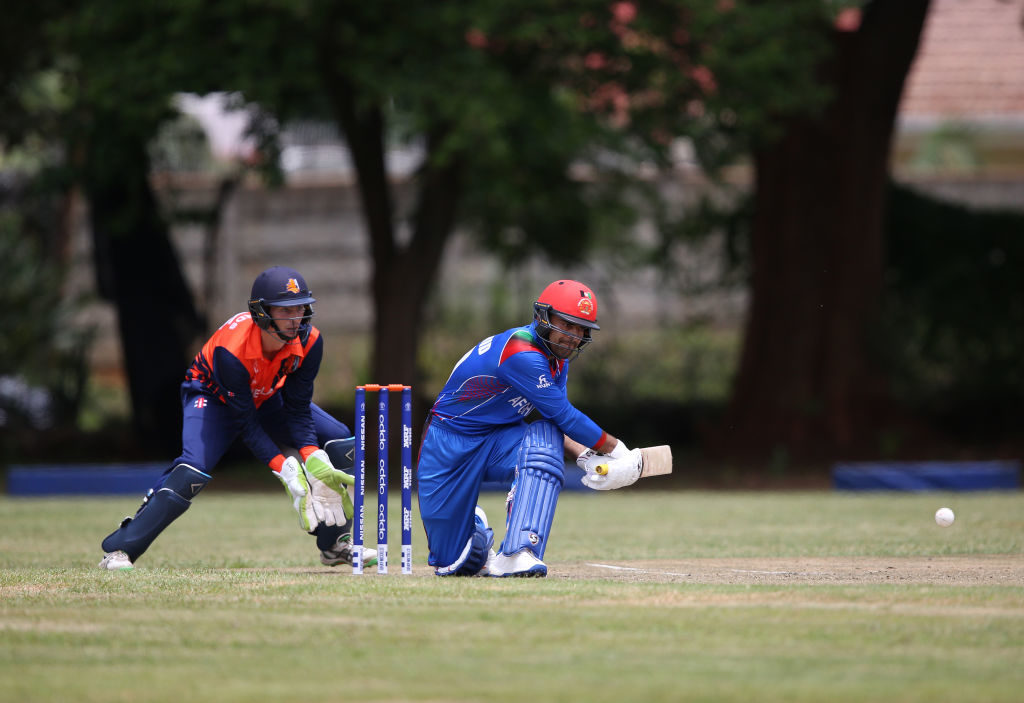 When Kolkata sent the left-hand batsman Nitish Rana up at No.3 to counter the leg-spinner, Khan got him with his fielding. Running in from the deep, he shot a rocket throw to the striker’s end and sent Rana back for 22 off 16.

Karthik later identified that wicket, the second to fall when Kolkata were cruising at 87 in the ninth over, as the turning point. Then, in the 20th over bowled by Carlos Brathwaite, Khan took two nerveless catches just inside the ropes, denying the opposition any final flourish.

“In modern cricket, you’ve to contribute in all three departments,” he said, dedicating his performance to the victims and families of those who lost their lives in a blast at a cricket match in Afghanistan recently.

“Fielding is an area where there are no excuses. You have to keep yourself fit and perform. Bowling and batting can be matters of fate, but fielding is in my hands and I try to do my best.”

With one final game to go, against Chennai Super Kings in the title clash on Sunday, Hyderabad will be hoping for a repeat. “He was brilliant, but we’ve got another game,” said Williamson. “We’ll keep him wrapped up.”