Alec Stewart, the Surrey director of cricket, has become the latest figure in county cricket to urge the England and Wales Cricket Board (ECB) to impose restrictions on future call-ups of their players to the IPL.

Surrey’s plans for the season were “thrown out of the window” after Tom Curran, who went unsold in the IPL auctions in January with a base price of $US156,000, was picked up by Kolkata Knight Riders for $US253,000 as replacement for the injured Mitchell Starc in March.

Stewart recognised the appeal of an IPL contract for players, but bemoaned the timing of the call-ups, which left the county side scurrying for alternatives.

“It’s far from ideal losing Tom so late,” said Stewart. “I hope in time this will be looked at. The IPL is not going anywhere – I fully understand players wanting to be part of it because, one, it’s a good competition and, second, it helps your bank balance.” 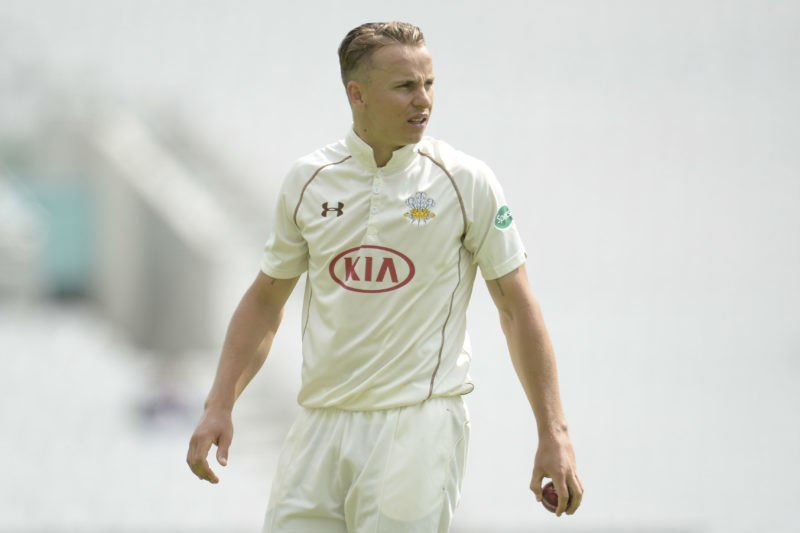 Surrey’s Tom Curran was picked up by Kolkata Knight Riders for $US253,000

Apart from Curran, David Willey and Liam Plunkett, both of Yorkshire, were late call-ups to Chennai Super Kings and Delhi Daredevils respectively. Martyn Moxon, Yorkshire’s director of cricket, had voiced his disapproval of the call-ups as well, and the topic was debated in a crisis meeting between county coaches last week.

Stewart admitted it was a growing concern, saying, “The problem is when you get the phone calls I got for Tom, and Martyn Moxon got for Willey and Plunkett. Your planning goes out of the window.”

He believed a cut-off date for call-ups was a workable solution. “All I think needs to be looked at is a cut-off, ideally a month before the championship starts,” he said. “If you get picked up in the auction, that’s fine – it’s at the end of February, so that’s six or seven weeks before the start of the season. 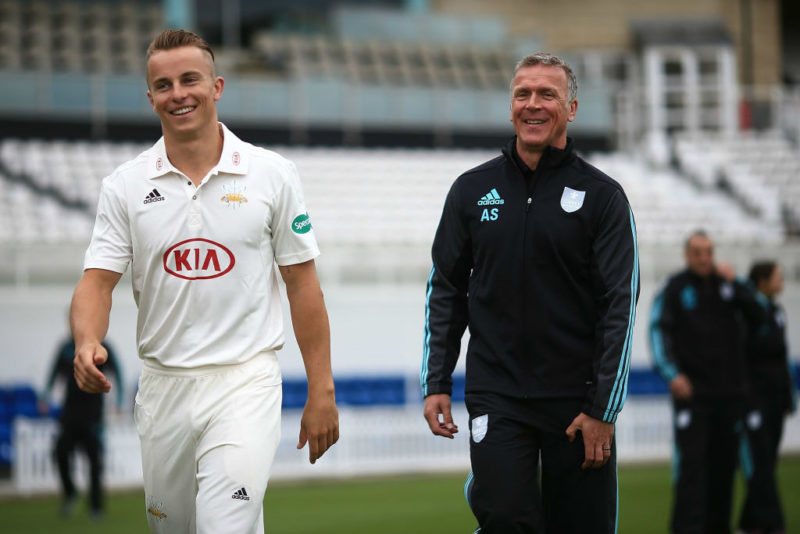 “Tom will come back a better player”

“Then everyone knows that, even if you don’t get picked up in the auction, there’s a three-four-week window, but once that has gone, you can’t then go and play.”

Stewart also called for communication lines to be made more concrete – currently, IPL franchises get directly in touch with players or their agents. “How it should work is that IPL phone the ECB to ask about a player, and the ECB talk to the county,” he said. “That’s how it is meant to work – but it doesn’t, though, because the franchise will ring the player or agent direct to see if they are interested and, once they are told the money, they always are – so you have to let them go.

“Tom will come back a better player so I don’t have a real issue with it, but the issue is who controls the players – are they our players or are they IPL players? They are under contract (to the counties) for 12 months, so I would argue they are ours. We should have more control than just saying ‘I guess you are going then’.”