Asad Shafiq fought hard, but Australia’s pacers dictated terms for the most part, bowling Pakistan out for 240 on the opening day. Aadya Sharma picks out six balls that best tell the day’s story.

With just one Test hundred in 41 innings, Babar Azam, the world’s No.1-ranked T20I batsman, hasn’t yet cracked the red-ball code. In the lead-up to the first Test, Babar slammed a century and a fifty in two warm-up games, giving Pakistan fans hopes of translating his prolific white-ball returns in whites. 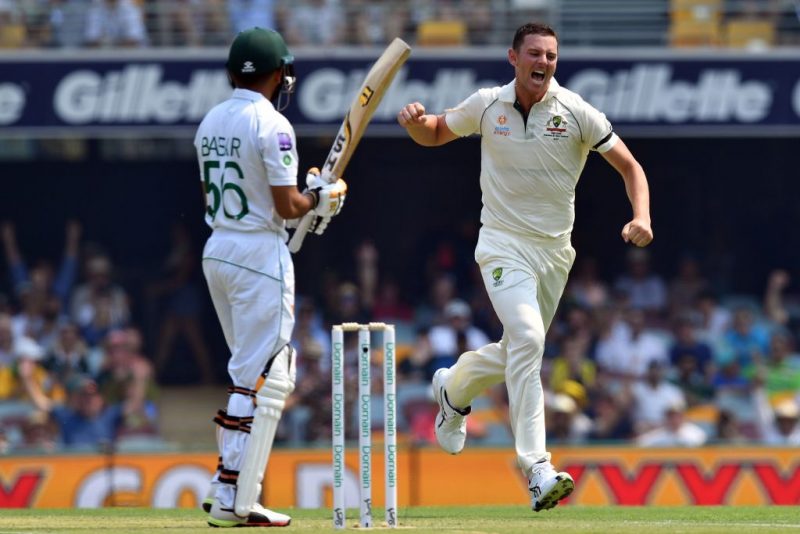 Babar was dismissed trying to chase a wide ball

Coming in at No.5, with the side precariously poised at 77-3, Babar went for an uncharacteristic booming drive off his fourth ball. It was a wide delivery, with little in it to break Babar’s famed discipline, but the batsman had a go at it, finding a thick edge that flew to Joe Burns at first slip.

He added just one run to Pakistan’s total, pushing them further back, to 78-4. The dismissal meant that the side had lost four wickets for just three runs, after a steady opening partnership of 75 in the first session.

With the side staring down the barrel at 94-5, Rizwan engaged in a combative counter-attack, taking on the Australian bowlers with a flurry of boundaries in his 34-ball cameo.

Nathan Lyon returned for his second spell, and removed Iftikhar Ahmed off the very first ball, but Rizwan wasn’t in the mood to be tied town by the off-spinner. Upon seeing a flighted delivery from Lyon on the penultimate ball of the 49th over, Rizwan charged down the track and lofted Lyon effortlessly to long-on, giving out an authoritative teaser of what was in store.

He finished with seven fours and a strike-rate of 108.82, helping his side stage a mini-recovery, before Shafiq gave the innings shape. 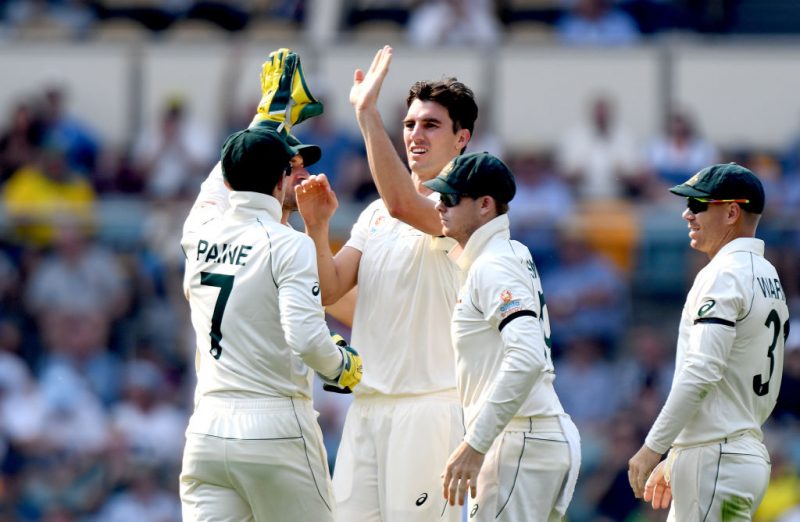 Cummins picked up three wickets on the day, and one of them was that of Rizwan, off an apparent no-ball

With Rizwan building up a rearguard attack at No.7, Pat Cummins was pressed into action right after tea, and got carted for three fours by the wicket-keeper batsman in the first over after the break.

The world’s No.1-ranked Test bowler was soon rewarded for his relentlessness. A back of a length ball pitched just outside off, sprung off the pitch and kissed the batsman’s blade on its way to the ‘keeper, cutting short Rizwan’s knock on 37.

The drama started thereafter; a regulation front-foot check showed that the bowler’s heel was on the line, with no part of his foot behind the crease. It seemed like Rizwan would be taking guard yet again, only for the television umpire to end up giving the decision in favour of the fielding team.

A little tickle down to fine leg brought up Asad Shafiq’s 23rd Test fifty, another gem in his vast collection of middle-order rescue acts. Shafiq walked into the Test with two hundreds in the warm-up games, and continued his rich run with a resolute 76 that formed the backbone of Pakistan’s total of 240.

Stitching together a crucial partnership with Yasir, Shafiq went about in his stylish, calm fashion, hardly troubled by an Australian pace attack with its tail up.

He defied Australia’s bowlers throughout the second half of the day, until he was undone by a Cummins special that snuck through his defences.

Starc gets his revenge

Yasir Shah doesn’t have an international fifty yet, but he is a feisty No.8, as exhibited in the tour game against Australia A right before the first Test, where he helped himself to a 70-ball 53. On Thursday, he provided the ideal helping hand to Asad Shafiq from the other end, playing out 83 deliveries, the second-most by him in a Test innings.

After being troubled early on by Cummins, Yasir exhibited confidence with his doughty technique, picking up a couple of boundaries in the process. One of them was a delectable square drive off Starc, a shot that would have made any top-order batsman proud.

Starc had his revenge in the dying embers of the day. Armed with a shining second new ball in his hand, he first made Yasir play and miss outside the off stump, before sending in a searing yorker that demolished the stumps. Classic tail-ender dismissal. 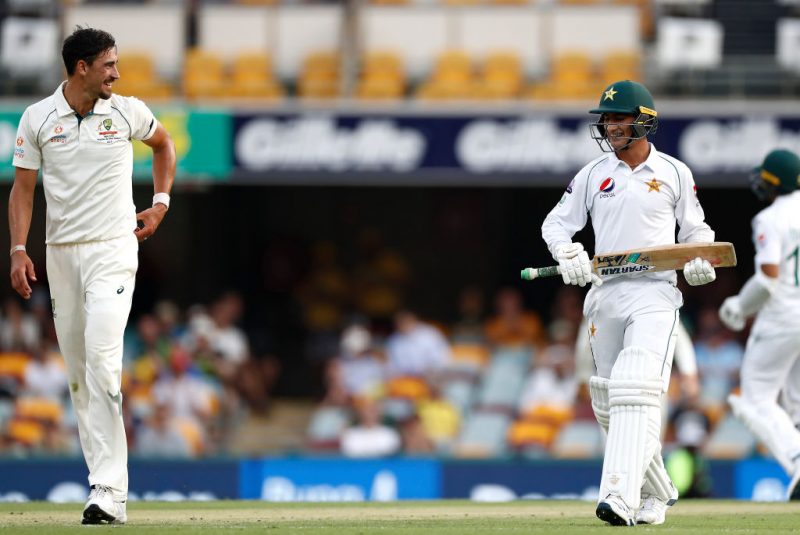 Naseem Shah’s first taste of international cricket came with a bat in hand, and a pumped-up Mitchell Starc waiting at his bowling mark. Having seen Yasir Shah and Shaheen Afridi depart off consecutive deliveries from the dressing room, the 16-year-old, walking in at No.10, was tasked with defying the hat-trick delivery, against the second new ball firmly in Starc’s grip.

With every possibility of Starc hurling in another toe-crusher, Naseem stayed deep in his crease, and somehow managed to put bat on a full ball just off its mark. He tried to shake off the nerves by trying to steal a single off the inside edge, but had to wait until the next over to get his first Test runs. The next 20 minutes went by surviving the wrath of Starc, and he even managed to dig out a low full-toss out to the long-on fence, but Starc ended the day by bouncing out the debutant.