Ravichandran Ashwin and Rohit Sharma, both of whom played India’s first Test against Australia in Adelaide, have been ruled out of the second Test that begins on Friday.

While Ashwin is recovering from a left-sided abdominal strain, Sharma jarred his lower back while fielding during the first Test and is undergoing treatment, a BCCI release said.

Ashwin picked up six wickets in India’s 31 run victory that gave them a 1-0 lead in the four-match series and is likely to be replaced by left-arm orthodox spinner Ravindra Jadeja, who has been named in the 13-man squad for the the Test. 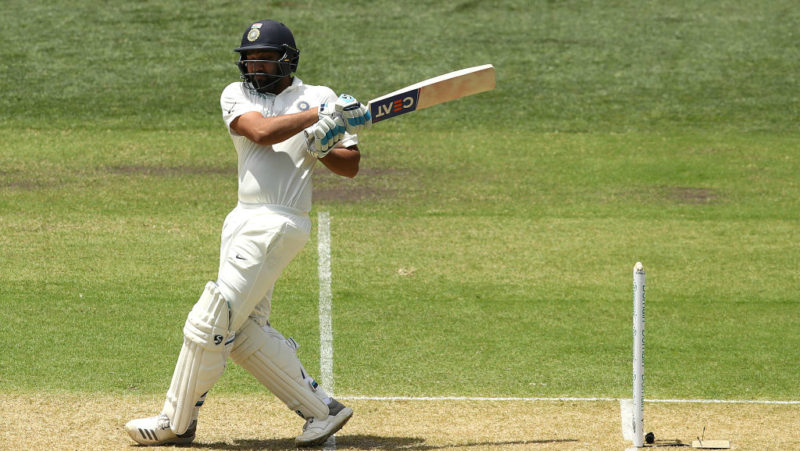 Sharma is likely to be replaced by Hanuma Vihari, a right-handed batsman who made his debut at The Oval against England in September and returned a half-century.

Also missing out from the squad are Kuldeep Yadav, who has been excluded, and Prithvi Shaw, who was in line to open the batting at Adelaide but injured his ankle during India’s only warm-up game in Sydney prior to the Test. He will now sit out of the second Test as well, having already missed the series opener.

A statement from the BCCI said: “Prithvi Shaw is recovering well from his left ankle injury but still undergoing treatment. He has been ruled out of the second Test.”

"We certainly get more excited than nervous looking at lively pitches now. We saw the pitch and we were happy to see the grass on it."https://t.co/SqESVGkAYd

The rest of the squad bears a familiar look with the front line batsmen Virat Kohli, Cheteshwar Pujara and Ajinkya Rahane all included and so are the fast bowlers Ishant Sharma, Mohammed Shami, Jasprit Bumrah, Bhuvneshwar Kumar and Umesh Yadav.

Murali Vijay and KL Rahul will almost certainly open the innings and Rishabh Pant will be trusted with the gloves.