Former Australia fast bowler Mitchell Johnson has laid into the behaviour of India captain Virat Kohli during the second Test at Perth, which India lost by 146 runs to leave the series 1-1.

The match was pockmarked by controversy, with Australia captain Tim Paine clashing with Kohli on multiple occasions. Johnson suggested that while most of their interactions were fine, Kohli’s actions towards his Australian counterpart after the game finished was “disrespectful”.

“Overall the banter out on the field was fine,” Johnson wrote in a column for FOX Sports. “At the end of the match you should be able to look each other in the eyes, shake hands and say ‘great contest’. Virat Kohli could not do that with Tim Paine, shaking the Australian captain’s hand but barely making eye contact with him. To me, that is disrespectful. I’m not sure this is how your captain should behave.”

“I know he’s your captain but you can’t seriously like him as a bloke.”

Some ‘Elite Honesty’ from Tim Paine.

Johnson also accused Kohli of hypocrisy, saying that his behaviour is the same as it always has been. “Kohli has contradicted the things he said at the start of the series,” he wrote. “He said he was a changed person – that he was coming in with a different attitude to last time and wasn’t going to initiate anything. What we saw this Test says otherwise. From my experiences with him and what I am seeing as an observer now, not much has changed.”

Johnson also took to The Unplayable Podcast to criticise Kohli. “He’s dragged it out and just made it all about him,” he said.

One point of contention during the game was Kohli’s first innings dismissal. He was given out caught by Peter Handscomb, with an umpire review ruling that the low catch had carried. Johnson criticised Kohli’s failure “to acknowledge the standing ovation” as he walked off. “To me the catch was given out so you accept it and move on.”

Kohli has made it his policy not to attend press conferences during games, only at the beginning and end, but Johnson felt he should have made an exception in this instance.

“I was not impressed that he opted not to do the press conference that night,” he wrote. “He was going to get asked about the Handscomb catch so he sent out young quick Jasprit Bumrah instead to take the heat.” 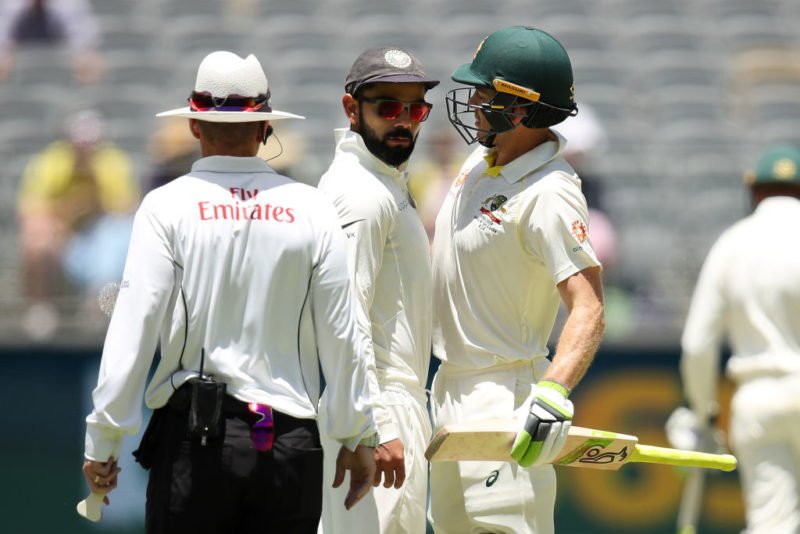 Paine’s conduct also came in for criticism during the Test, with the umpires at one point forced to separate him and Kohli during an altercation, but Johnson felt the Australian captain was blameless.

“At the end of the day Tim Paine has handled himself superbly,” he wrote. “He was not going to bow down to the Indian captain and he stood up for his team. That’s what the captain should do and he did it in the right manner.”

Johnson acknowledged that he and Kohli have history, but also indicated he was open to reconciliation. “It should be said that Kohli and I have our differences and it all stems back to 2014 at the Melbourne Cricket Ground when he drove a ball back to me and I threw it back. I was aiming for the stumps because he had left his crease, but unfortunately the throw hit him instead.

“I apologised immediately because that obviously was not my intention but it sparked a heated debate. After play he came out and said he had ‘no reason to respect’ me. He lost me then. If he ever wanted to sit down for a coffee to chat about our differences, I would be open to it but I’m sure he has better things to do.” 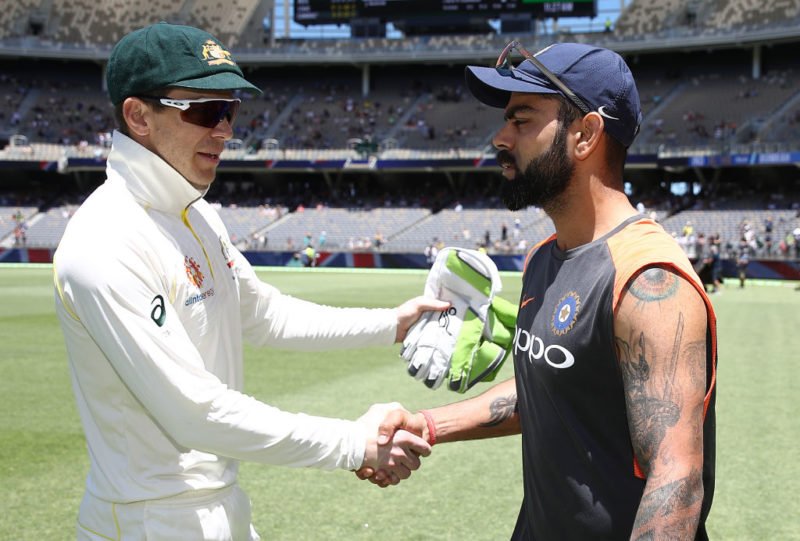 Was Kohli unable to look Paine in the eye as they shook hands? Does it matter?

Both captains seemed keen to draw a line under the saga. Kohli felt there was no transgression. “As long as there is no swearing, the line doesn’t get crossed,” he said after play on the fifth day. “And no personal attacks. It stays on the field.”

Paine suggested the tension only heightened the entertainment. “It was a highly competitive Test match from both teams and there was a lot on the line, with both teams desperately wanting to win,” he said. “I love it and I’m sure it was great to watch. At some point you have got to draw a line and start sticking up for yourself and your team-mates.”

The third Test begins on Boxing Day at the Melbourne Cricket Ground.