The best XI from a rain-impacted week at the 2019 Cricket World Cup.

ICC competitions held in England transform this fallible opener into a serial match winner. Peppered with buccaneering stroke play, Dhawan’s 117 laid the foundation for India’s 352-5, a total which proved beyond Australia. The left-hander’s thumb injury, which will likely put him out for three games, will be a blow to India, particularly with Pakistan lying in wait.

Bouncing back from a disappointing game against Pakistan, where he dropped a regulation chance and burnt a review on his way out for 8, Roy was in an unforgiving mood against Bangladesh. His 153 from 121 balls wrenched England’s World Cup back on track and did nothing to quell hopes of an Ashes debut later this summer. The tight hamstring that stopped him batting against West Indies is, however, a worry.

You can boo all you like, but when it matters Warner comes up trumps. A score of 107 and the Player of the Match award against Pakistan followed an uncharacteristically pedestrian 56 from 84 balls against India. As Australia rediscover their ODI mojo, Warner’s batting at the top of the order is central to posting competitive totals. 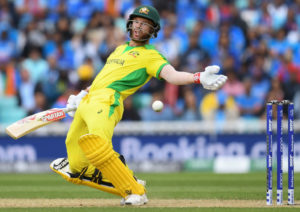 At times during his 100 not out Root looked as if he were having a net, such was his mastery of the West Indies’ attack. A suite of majestic cover drives, complete with bent knee and open face, served as a reminder – not only is Root one of the world’s most prolific batsmen, he is also one of its classiest. Add in a score of 21 against Bangladesh and 279 runs put the Yorkshireman top of the tournament’s run-scoring tree.

A lone hand in Bangladeshi resistance to the English onslaught, Shakib continued making a success of the No.3 position with a score of 121. The second highest run-scorer at the World Cup, with a game in hand, the all–rounder is having a tournament to confirm his status as one of the world’s leading ODI players,

The 23-year-old was serene in an innings of 62 whilst England’s fast bowlers ran amok. With attacking verve and an exaggerated back lift, one of the left hander’s slashes backward of square was coloured with shades of BC Lara. 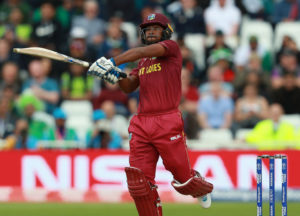 The wicket-keeper’s dashing 55* from 35 balls in the dying embers of the run chase against India showed signs of the lower order impetus Australia direly require. A score of 20 from 21 against Pakistan was more circumspect, but this week, of Australia’s lower order batsmen, Carey looked the most likely to play a momentum–shifting innings.

Neesham now joins illustrious company as a New Zealander who has taken a five-for at the World Cup, the others being Sir Richard Hadlee, Shane Bond, Trent Boult and Tim Southee. Figures of 5-31 against Bangladesh were his best in professional cricket as he bounced out Afghan batsmen ill-equipped to negate short-pitched bowling.

Wahab near-singlehandedly made a contest of Pakistan’s match against Australia. Straining every sinew, the Lahori left-armer bowled with typical spirit and deserved better than his 1-44. Pakistan’s fielding didn’t help, with Asif Ali dropping the simplest of chances. With the bat, his 45 from 39 balls took Pakistan undeservedly close to Australia’s target. 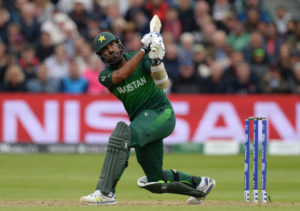 Wahab Riaz impressed with bat and ball against Australia

With the nervous energy and hype of the first two games subsided, Archer has shown the cricket world what he is all about: consistent 90mph rockets. Six wickets and a miserly sub 3.5 economy rate over two games and Jofra is fast establishing himself as the kingpin of England’s attack – mightily impressive for a man who’s yet to play his eighth ODI.

His 5-30 against the Aussies was arguably the bowling performance of the tournament thus far. A first spell where he went wicketless but bowled tightly, beating the bat regularly, was followed by Amir roaring back to remove the set Aaron Finch and tearing through the Aussie middle-order, restricting them to a sub-par 307.