David Warner expressed his delight to be back in the international game as Australia saw off Afghanistan by seven wickets in their opening match of the Cricket World Cup.

Warner was banned for a year for his part in the ball-tampering scandal but returned to hit a steady unbeaten 89 and shared an opening partnership of 96 with captain Aaron Finch (66), who was in sublime form in Bristol.

“For us it’s getting past this first victory and move on to the West Indies. We know the bowlers always say that one-day cricket is a batsman’s game, but you saw the out and out quicks going through the batsmen. For us as batters, its about holding our nerve. This team is a different one from the team back then (in 2015) but there is a great energy and great buzz about this team.”

Earlier, paceman Pat Cummins and leg-spinner Adam Zampa took three wickets each as the Aussies bowled out Afghanistan for 207, a score which was made largely due to contributions from Najubullah Zadran (51) and Rahmat Shah (43), along with some lower-order hitting from Rashid Khan.

It was a confident start from Australia, who beat England in their World Cup warm-up match and are coming off a 5-0 ODI series win against Pakistan in the UAE. Captain Finch was eager to continue that momentum. 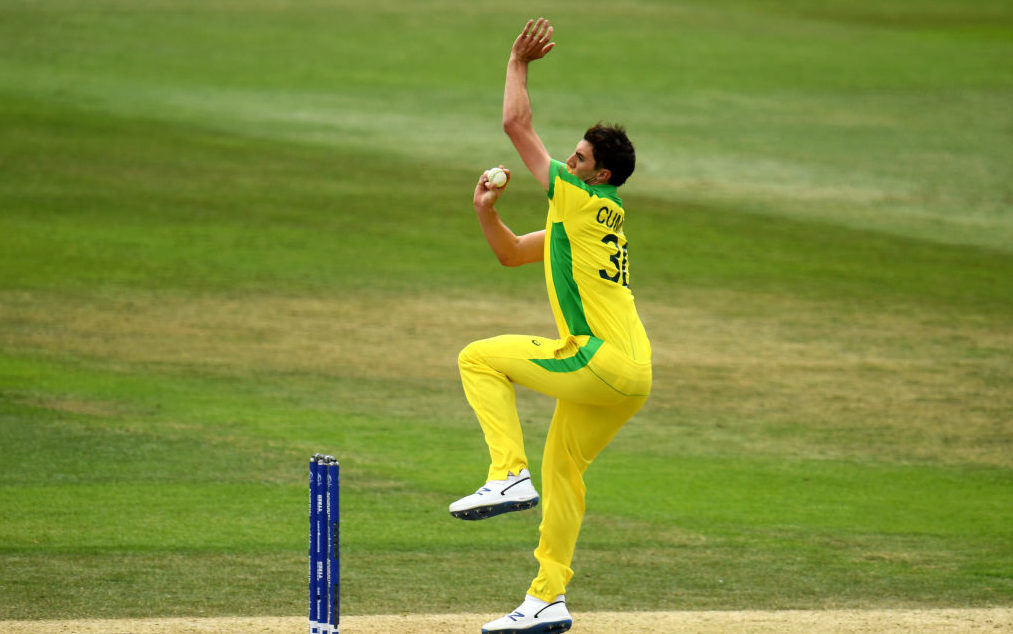 Cummins bowled with pace and hostility at Bristol

“We’ve been training together so long now,” said the 32-year-old. “We were probably ready to go four days ago, long build up. But good to get a first win. Wickets in the Powerplay are crucial to any side, if you look at the data, so pretty good to get a couple early. Couple of sharp run-out chances from Smithy (Steve Smith).

“I felt good today, you get a couple away early and get a good flow going. Warner is very important to our side. He was struggling to time the ball in the first half, but the fact that he kept hanging in there was great for him. He did the job at the end. Important you don’t look too far ahead.”