All-rounder Andre Russell, who has played only one ODI since 2015, has been named in West Indies’ 15-member preliminary World Cup squad. However, there was no place for Kieron Pollard or Marlon Samuels.

Injuries and a year-long ban for a doping code violation in 2017 had kept Russell out of the international scene. The 30-year-old has been in a terrific form in the IPL, though, where he plays for Kolkata Knight Riders, reaching 392 runs from 10 games at a brilliant strike rate of 217.77 and winning games from improbable situations.

Russell comes in with a slight injury concern. He has been struggling with a prolonged knee injury sustained during the Afghanistan Premier League last year, which subsequently ruled him out of the T20I series against India last November. The team believe that the rest days between the games will be important in managing his fitness.

“I spoke to Andre a few days ago. He has a few niggles. He has some pain behind his knee but he assured the selection panel that he’ll be okay for the World Cup,” said Robert Haynes, the interim chairman of selectors.

In a continuation of the thaw between players and the new Cricket West Indies dispensation, the selectors said they considered for selection those players as well who had not played for West Indies regularly in the past two years and “had a wide base of talent from which to choose”.

For the opening slot, they settled on Chris Gayle and Evin Lewis, who last played as an opening pair against Bangladesh in July 2018. While Lewis returns from injury, John Campbell, who partnered Gayle against England, misses out.

Shai Hope, the wicket-keeper batsman, slots in in the top order and Nicholas Pooran offers a back-up ‘keeping option. In the middle order, they have reliable batsmen in Darren Bravo and Shimron Hetmyer, and will be bolstered by all-rounders such as skipper Jason Holder, Russell, Carlos Brathwaite and Fabian Allen. 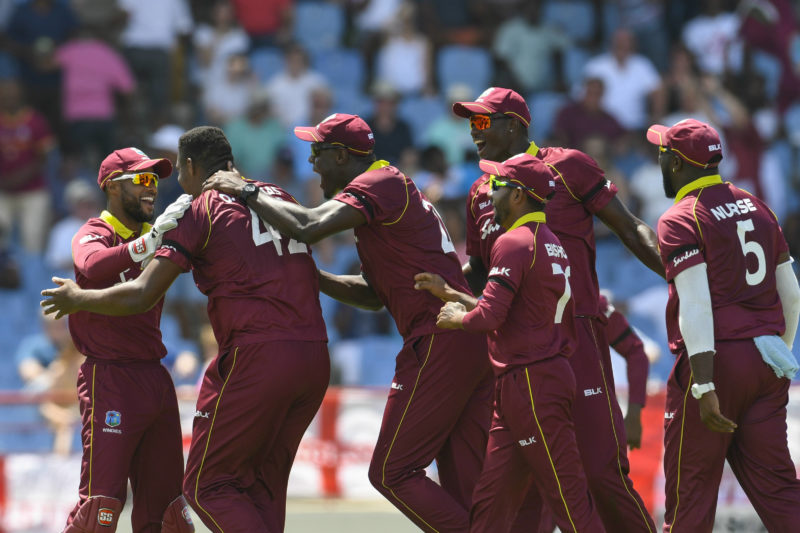 Pollard, who too has impressed in the IPL, missed out, along with spinners Devendra Bishoo and Sunil Narine. Ashley Nurse and Allen will be the main spinners, while Sheldon Cottrell, Shannon Gabriel, Oshane Thomas, and Kemar Roach will take care of the fast bowling duties. Narine’s finger injury forced him out while young Azlarri Joseph too wasn’t considered owing to injury.

“Looking at the condition of pitches in ODIs over the last few years in England and Wales, it appears that big totals will be the order of the day, so we believe we have a line-up that can put big totals on the board or chase them,” said Haynes. “We believe we have good depth to our batting which will allow us to play the brand of cricket that will give us the best of chance of winning the World Cup.”