The 11 standout players from the third week of this year’s Cricket World Cup.* 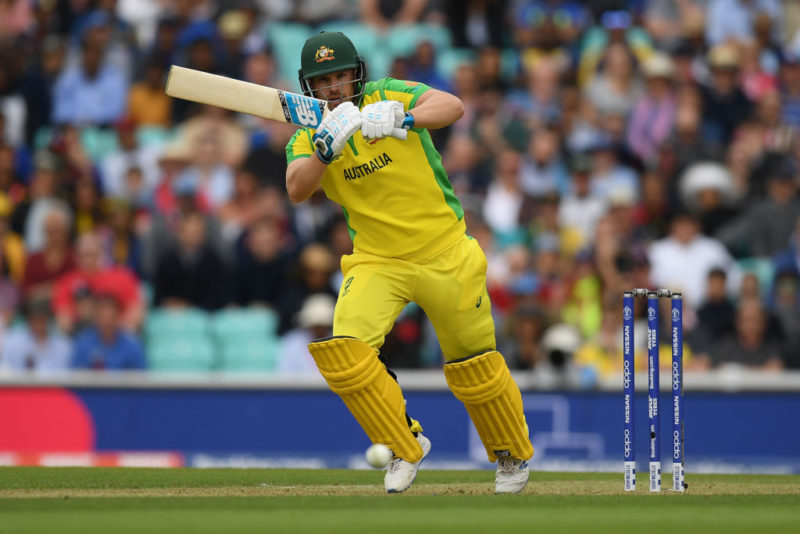 The Australian skipper led by example in his team’s routine 87-run victory against Sri Lanka at the Oval. After being put in by their opponents, Finch scored 153 from just 132 balls as his side racked up 334-7 in their 50 overs. He would then get his tactics spot-on as captain and help Australia to their fourth win of this Cricket World Cup.

Rohit Sharma’s latest one-day masterclass came in a comfortable victory over arch-rivals Pakistan at Old Trafford. The opener registered his second century of the competition and scored 140 to help India reach 336-5, a total that was clearly too much for Pakistan. He now has 319 runs in the tournament and is the fourth highest run-scorer.

Shakib added further gloss to his outstanding World Cup thus far with a century against West Indies. The all-rounder guided Bangladesh to a superb chase of 322 at Taunton, scoring an unbeaten 124 in 99 balls. That took his run-count for the tournament to 384, the most for any player. He now has two centuries and two half-centuries in four innings. Should Bangladesh have any chance of making the final four, Shakib will need to continue his imperious form.

Dimuth Karunaratne gave Sri Lanka hope of an unlikely victory against Australia at the Oval. The opener scored 97 in Sri Lanka’s pursuit of 334, but his efforts would prove in vain as the rest of his team could not perform to a similar standard. It’s now just one win in five games for Sri Lanka and they still face India and England in their remaining four matches. 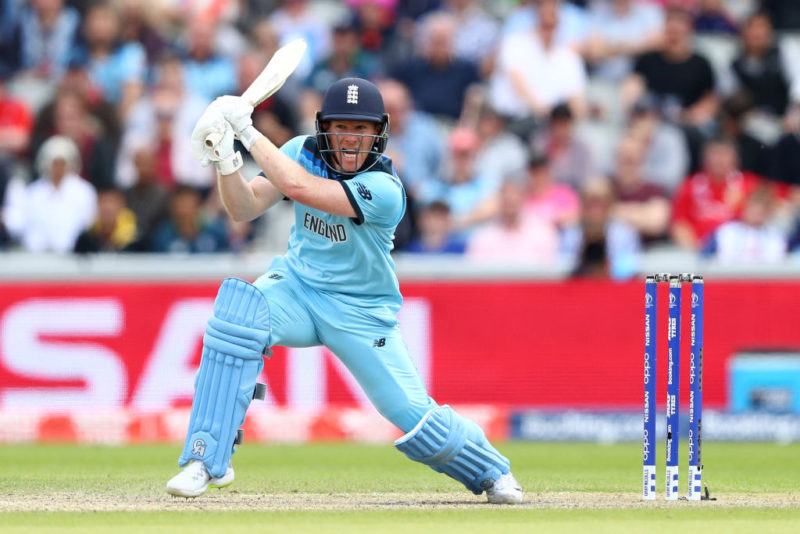 Eoin Morgan hit 21 boundaries in his innings, which included 17 sixes

England’s one-day captain reminded viewers why he is one of the game’s greats with a scintillating hundred against Afghanistan, at Old Trafford. Morgan smashed a record-breaking 17 sixes in his innings of 148, passing Chris Gayle, Rohit Sharma and AB de Villiers, who previously held the joint-record for most sixes (16) in a one-day international. The knock came from just 77 deliveries and guided England to 397-6, a target that would prove a few bridges too far for Afghanistan.

The Kiwis’ sensational skipper delivered on the big occasion once again with a masterful knock against South Africa at Edgbaston. Chasing 242 and in after just 13 balls, Williamson anchored New Zealand’s innings and built solid partnerships with Jimmy Neesham and Colin de Grandhomme to give his team a shout. However, his partners left him to finish the job and he did just that in the last over by bringing up a century and hitting the winning runs to finish unbeaten on 106.

One of South Africa’s few positives from their defeat to New Zealand was the form of paceman Chris Morris. He bowled a consistent spell and took 3-49 from ten overs and gave the Proteas a chance of a tournament-saving victory. Nevertheless, his efforts proved to be in vain as New Zealand got home in the final over.

India’s tricky spinner Kuldeep Yadav bowled a tight spell to ensure Pakistan would fall considerably short in their chase of India’s first innings total at Old Trafford. He took two wickets and only went for 32 runs in his nine overs. That helped India to another comfortable win – an 89-run (DLS) victory – their third of the tournament. 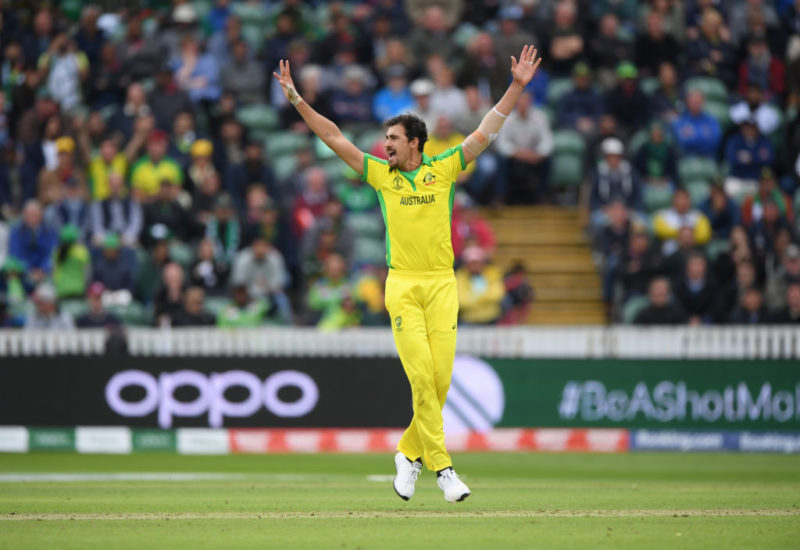 Mitchell Starc’s impressive tournament continued as the Aussie quick was among the wickets in his team’s latest victory against Sri Lanka. He took 4-55 as Australia bowled Sri Lanka out for 244, taking his tally for the tournament to 13.

A shining light for Pakistan in what has been a tough tournament so far, Amir was the pick of the bowlers in their defeat to India at Old Trafford. He picked up 3 wickets and conceded just 47 runs from his ten overs when India amassed 336-5. That meant he became the joint leading wicket-taker in the competition with 13 scalps.

The Proteas’ ever-reliable leg-spinner helped his team to their first victory of the tournament against Afghanistan at Sophia Gardens. He claimed impressive figures of 4-29 as South Africa bowled their opponents out for just 125. He now has eight wickets in the competition, the highest of any spinner.