Shikhar Dhawan has been ruled out of Cricket World Cup action for the next few weeks after fracturing his thumb whilst making an unbeaten 117 against Australia on Sunday.

India’s opener sustained the hand injury in their clash against defending champions Australia after facing a short ball from Pat Cummins and did not take to the field in Australia’s innings. He was seen nursing the left thumb in the dressing room with ice, and scans have reportedly revealed a fracture in the left thumb.

It is unclear for how long Shikhar Dhawan will be formally sidelined for, with the BCCI yet to make a comment on his injury. It is thought that the injury could rule him out for between two and four weeks, which means he could still play a part in the World Cup if India progress to the latter stages. 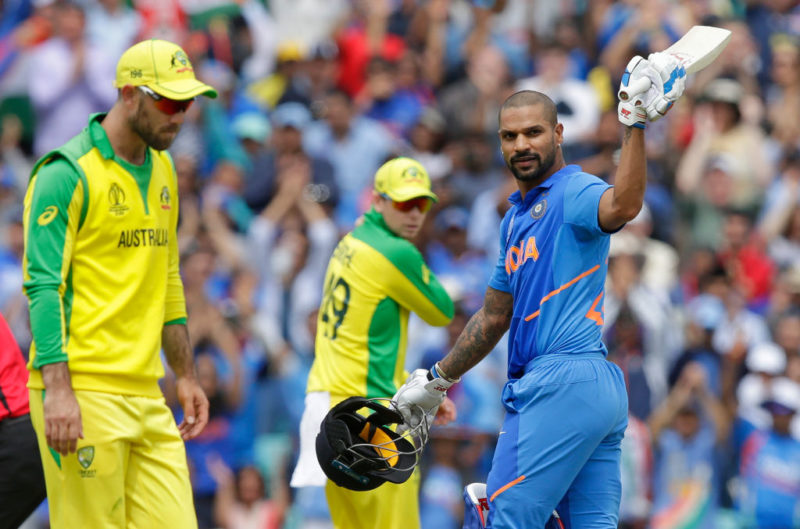 Dhawan was named man-of-the-match for his match-winning contribution as India beat Australia by 36 runs. The batsman could miss upcoming games against England, New Zealand, Pakistan, Afghanistan and West Indies.

Related Story: Shikhar gets dismissed by ‘junior’ Dhawan for 99

KL Rahul will be an option to partner Rohit Sharma at the top of the order in Dhawan’s absence, with Rishabh Pant likely to receive a call up to strengthen the middle order.