Martin Guptill was one of the heroes of the 2015 Men’s Cricket World Cup, as he finished as the tournament’s highest run-scorer and played a pivotal role in New Zealand’s journey to the final. Come 2019, the aggressive right-handed opener has found himself in one of the toughest phases as a batsman in his ODI career.

Guptill started his campaign with an unbeaten 51-ball 73 against New Zealand in Cardiff. However, a subsequent dip in form saw him score only 94 runs in his next eight outings, at an average of 11.75. He opened up about his recent struggles. “It’s bloody tough,” Guptill told 1 News in an interview. “You try not to read what people are writing and hear what people are saying, but it’s hard to tear away from it all.

“The hard work goes unseen. I’ve put a lot of time in, and for it not to be working out in the middle, it’s frustrating. People can say they’re frustrated with me, but no one is more frustrated than I am.”

Reflecting on what has gone wrong for him in the tournament so far, the 32-year-old said: “I’ve felt a little bit late on the ball in quite a few games, which is hard to deal with. You don’t want to move too early because then you get stuck.”

Guptill, who scored 237 unbeaten runs – the highest individual score in World Cup history – in the quarter-final of the previous edition, against West Indies, admitted to struggling during New Zealand’s practice sessions, but saw some progress in his game recently nevertheless.

“Even in the nets, I feel like I’ve been found wanting a bit. [But] the last couple of nets, I’ve probably felt the best I have since I’ve been here. It’s starting to feel like it’s coming back together, which is promising. 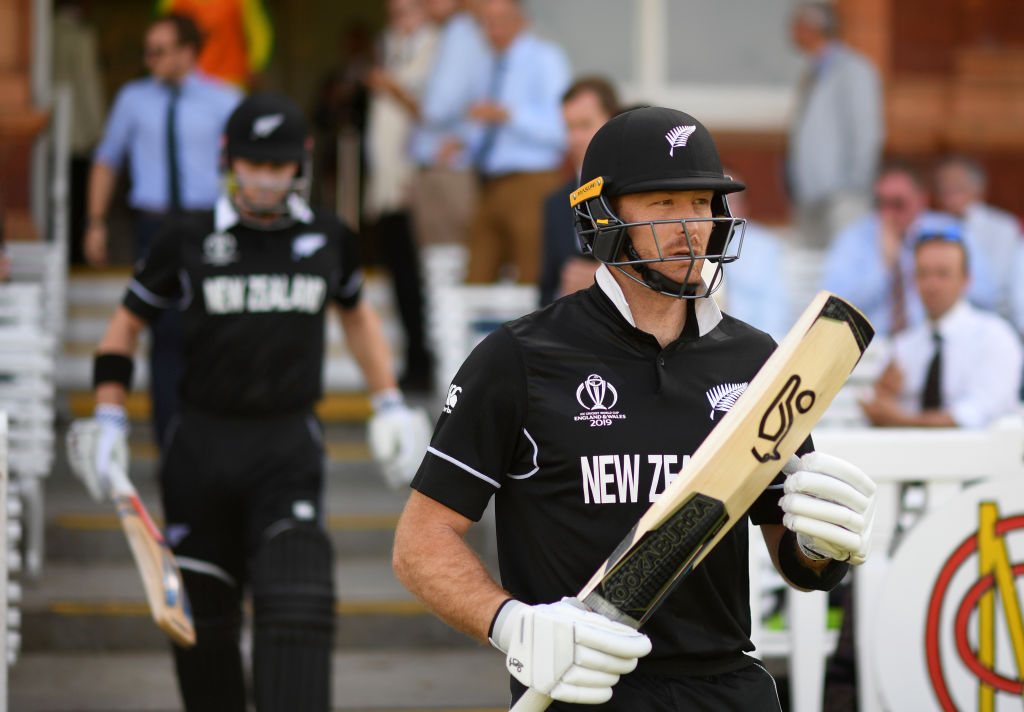 “I’m just trying to carry on with what I’ve been doing, work hard in the nets and, hopefully, in the next game it all comes together.”

Guptill might have had a disappointing time with the bat, but has made his presence felt with some electrifying moments in the field. Taking key positions, he has saved a significant number of runs for New Zealand and grabbed a stunning one-handed catch to dismiss Steve Smith at Lord’s.

Then, in the semi-final at Old Trafford, where New Zealand stunned favourites India, Guptill caught MS Dhoni short of the crease with a direct hit from the deep to produce the decisive moment of the game.

I've put a lot of time in and for it not to be working out in the middle it's frustrating.

Guptill is currently 24 runs short of completing 1,000 runs in World Cups. His teammate Ross Taylor, who is also on the brink of achieving the milestone, believed that the glorious moments on the field will help Guptill regain his confidence with the bat.

“Cricket’s about small margins. When we came in to the huddle, the boys were joking that Gup always misses the stumps,” Taylor had said after that 18-run win over India. “When there’s a run out on, he always missed the stumps. All those misses over the years, he only hits when there’s nothing to worry about, but he did it now, and we celebrated accordingly and we’re very happy for him.

“Hopefully, that’s a bit of luck that he takes from his fielding to his batting, and maybe he can have a bit of luck and make the most of it.”