Pakistan all-rounder Mohammad Hafeez, and captain Sarfaraz Ahmed, lauded the side’s collective effort, after they stunned England by consigning them to a 14-run defeat in their 2019 World Cup clash at Trent Bridge on June 3.

It was Pakistan’s first win, after 11 ODI losses on the trot, and came just four days after a confidence-sapping defeat to West Indies, where they were dismissed for a paltry 105. 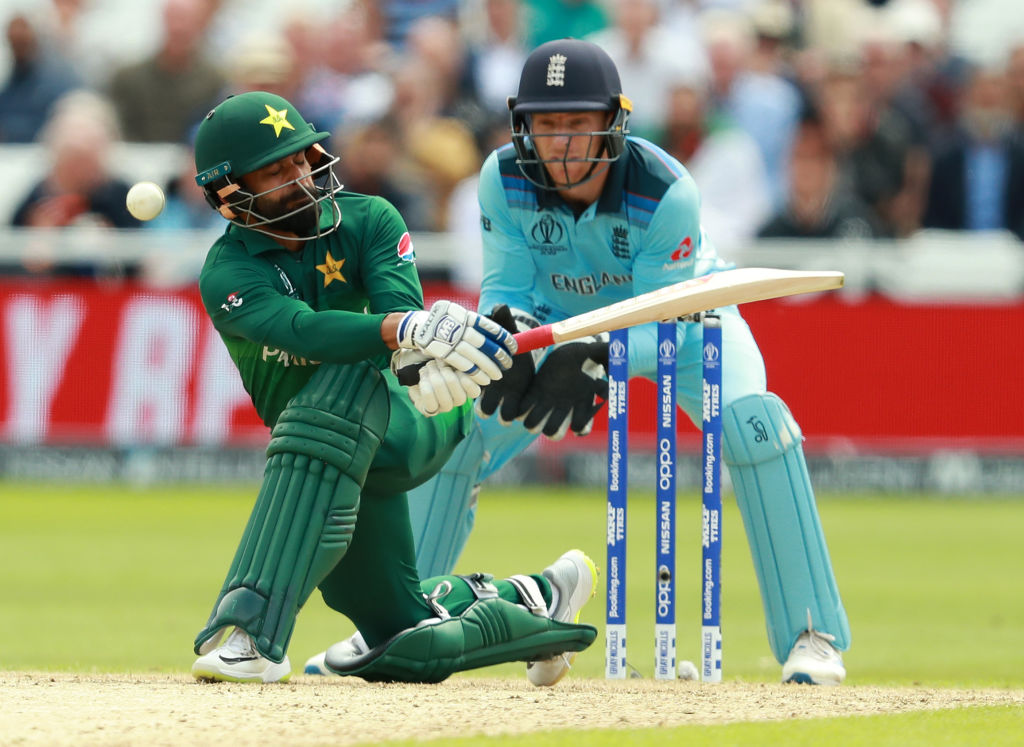 Hafeez top-scored for Pakistan with 84, which is also his highest ODI score since April 2017

Hafeez, 38, playing his third World Cup, was one of the driving forces of the win, top-scoring for his side with 84, before dismissing the dangerous Eoin Morgan cheaply. While the efforts were sufficient to earn him the Player of the Match award, Hafeez’s performance was one of several as Pakistan collectively upset the tournament hosts, and Hafeez hailed a ‘total team effort’.

“We needed one winning performance and then everyone contributed,” he said. “It is a very happy dressing room. Everyone was believing we could do this. We were playing good cricket, but not winning crucial stages of the game.”

Outside of Hafeez’s 84, Babar Azam and Sarfaraz Ahmed both made half-centuries, as Pakistan racked up 348, the highest team total in a World Cup game without a century. In response, Joe Root and Jos Buttler scored valiant hundreds, and shared a 130-run stand, but couldn’t see England through, as they ended their 50 overs on 334-9.

The win was Pakistan’s fifth over England in ten World Cup matches, and the first against them since the seven-wicket win at Karachi in 1996.

Now THATS what you call a Birthday present. What a win!!! Well done Pakistan, that just made my day! 🇵🇰💪🏼🥳 #BestBirthdayEver #ENGvPak #PakistanWin #CWC19Nottingham

Just ahead of the World Cup, Pakistan had lost 4-0 in a five-match ODI series against the same opposition. It was a performance that drew much criticism, especially of the inconsistencies in the batting, and the poor fielding, something that head coach Mickey Arthur had then described as a ‘massive difference between the two sides’.

At Trent Bridge, the tables turned as it was England who suffered because of fumbles and dropped catches, with captain Eoin Morgan calling it a ‘really bad day on the field’, and Sarfaraz acknowledged that it was a difference-maker.

“Fielding is a very important part,” he said. “In the last ODI series, it was different. Today, we fielded better and bowled better. It was a great team effort.”