The results might not have gone their way, but West Indies captain Jason Holder is proud of the fight his side has shown at the 2019 World Cup, praising them for ‘giving it their all’ on the field.

West Indies suffered their sixth defeat of the tournament on Monday, July 1, when they lost to Sri Lanka in a steep chase. However, West Indies fought through early wickets to come within 23 runs of Sri Lanka’s colossal 338/6.

“I’m proud of certain individuals who have definitely put their hands up and put their heart on the line,” Holder said after the game. “And that is what we want. We want guys to just give their all. When you leave the cricket field, make sure you don’t have anything in the body left to be given.”

Monday wasn’t the first time in the tournament that West Indies have fought hard. But as has often been the case, they were unable to close the game out. A spirited century by Nicholas Pooran at No. 5 pushed them close, but not close enough. It was West Indies’ fourth failed chase in the tournament. 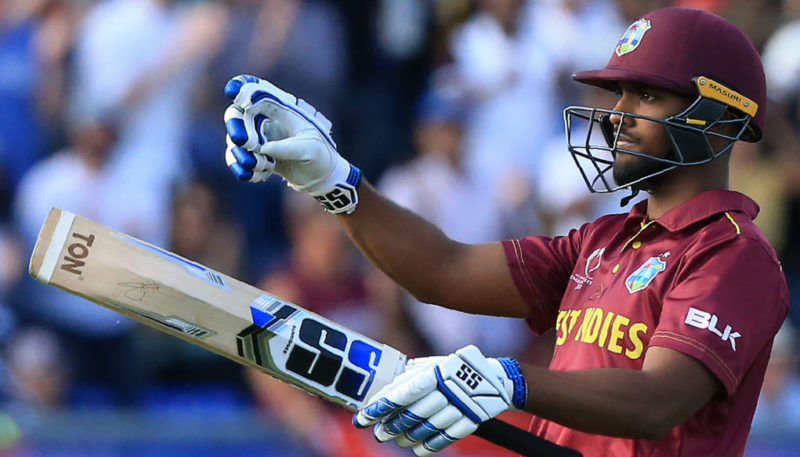 “You can look back in hindsight and pinpoint a number of areas in this game. I don’t think we fielded particularly well. You know, probably gave up 30 to 40 runs in the field.”

West Indies lost half their side inside 29 overs, with 145 on the board. Pooran, playing only his ninth ODI, survived an early run-out scare to produce a breathtaking knock in vain. He partnered Fabian Allen (51) for an 83-run seventh-wicket stand to launch a stunning late fightback. His 118 was the second century by a West Indian in this World Cup, after Carlos Brathwaite’s incredulous effort against New Zealand.

"We want guys to just give their all. When you leave the cricket field, make sure you don't have anything in the body left to be given"

“What I have seen here of Nicholas prior to this entire World Cup is nothing surprising to me,” Holder said. “What he’s produced here is exactly what we expect him to produce. Ideally, we want him to get better and we want him to improve, and he would only improve over a period of time.

It took Angelo Mathews’ gentle medium pace to end Pooran’s resistance; getting one to angle away, Mathews produced a feather off Pooran’s bat in the 48th over. Not only was it Mathews’ first ball in the match, but it was also his first ball in an ODI since December 2017.

“I haven’t held the ball for, what, a good eight months, and that was the first ball after eight months or so,” a smiling Mathews said. “Yeah, I mean, we knew that we had to make up two overs. We couldn’t just bowl the spinner towards the end when Pooran was batting beautifully, so I said to the captain, ‘Look, I have a bit of experience, so I’ll just try bowling the two overs.’”

The result had no bearing on Sri Lanka’s doused semi-final hopes; it was their third win in eight games and only pushed them to the sixth spot, with just one more fixture to go.

“Look, we’re disappointed,” Mathews said. “We had our chances throughout the tournament. I thought the Australian game, the middle order didn’t fire. We had that game in our hands after the brilliant start.

“Again, the South African game, we didn’t bat well, so we had our opportunities in the tournament, but unfortunate that, you know, we couldn’t reach the semifinals. But at least if we can finish off well, that would be a good thing.”

Before Pooran, Sri Lanka had their own young gun firing, when 21-year-old Avishka Fernando raised his maiden ODI century, which helped Sri Lanka past the 300-run mark for the first time in the tournament. Mathews praised his young teammate for building on a good start to score the only century so far by a Sri Lankan in this tournament.

“It was a brilliant knock against that attack. I mean, it looks like he has a lot of time to face the quicker bowlers and, you know, he was showing it in the past two games as well,” Mathews said.

“But after the 30s and 40s, he never got going. But I thought,  after getting that wonderful start, he carried on and he made sure that we got to a very good score towards the end.”