With the rain refusing to relent in Manchester, the 2019 World Cup’s first semi-final, between table-toppers India and fourth-placed New Zealand was pushed into the reserve day.

India dominated proceedings while they lasted, hitting brilliant lines and lengths to stifle New Zealand’s batsmen. Their new-ball bowlers, Bhuvneshwar Kumar and Jasprit Bumrah, made maximum use of overcast conditions, after New Zealand had elected to bat, to find subtle swing. They constantly threatened the edges of the New Zealand openers, until Martin Guptill poked at Bumrah to be caught by Virat Kohli at slip.

It set the tone for New Zealand’s crawl. They finished the first Powerplay on 27-1 – the lowest score in that passage this World Cup – and struggled to build substantial momentum thereafter. Having crawled to 155-3 in 40 overs, New Zealand had just begun to put their foot on the pedal, collecting 54 runs in six overs, when the rain began to come down, forcing the players off the field after the first ball of the 47th over.

After four-and-a-half hours of anxious waiting and laborious work by groundstaff, the umpires at long last decided to suspend play for the day. Where does that leave the two teams, though? Does one get the advantage over the other? And has the balance shifted? Below, we attempt to answer some lingering questions.

No podcast this evening after all that rain but we'll be back tomorrow when, whichever way we get it, we'll have a result

In the meantime, check out our latest pod with special guest @adamhollioake https://t.co/BHK2slqVZO

What happens on the reserve day?

As per the tournament rules, if a match has already gotten underway before being interrupted, then the reserve day will be used for a resumption. This is in contrast to the older rule, where on the reserve day, the match would restart. It was what happened in the ICC Champions Trophy 2002. After rain cut short India’s chase of 245 on the scheduled day of the final, Sri Lanka batted first again on the reserve day, putting up 222-7, before India’s chase was again interrupted, this time at 38-1, and the trophy was shared.

So will it remain a 50-over match on Wednesday?

Yes. If play can begin on time, then New Zealand will come back out to finish the remainder of their innings and India will have the whole of the 50 overs to chase down the target. If play does not start on time, the overs don’t start getting reduced immediately.

A two-hour grace period is afforded to try and get the full 50 overs in. So assuming it’s a fresh match on Wednesday, the extra time would be allotted in addition to the time it would take to complete a regular 50-over innings. If play still can’t begin, then we start losing overs. The cut-off time for a 20-over game to begin is 6.35pm local time.

In essence, the match can go on till two hours after normal end of play, which is 6pm. Trusting the usual pace of a T20 innings, play can be allowed to start as late as 6.35pm, with the assumption being that it would end at 8pm. However, the match referee can award an additional hour if he thinks a result can be achieved in that time.

What are the equations for a shortened game?

It's funny isn't it. You plan for years, play 9 tough games and then your hopes of a World Cup win and the resultant career high rest on an hour and a half of T20 equivalent cricket.

Twenty overs is the minimum number that needs to be bowled to get a result. Anything less than that would render the match a no-result, and India would go through to the final by virtue of having finished higher on the points table.

So whom does the reserve day favour?

It’s a toughie. There is no one answer, really. Traditionally, shortened chases are known to favour the team batting second, as they have fewer runs to chase, with the same number of wickets in hand. However, there are other considerations to make.

The Manchester surface has already proven to be visibly two-paced. The later the game starts, the greater the likelihood of the surface slowing down even more. In that event, a chase of 148 in 20 overs becomes significantly harder than a chase of 237 in 46 overs, which can still be achieved at a relaxed pace. 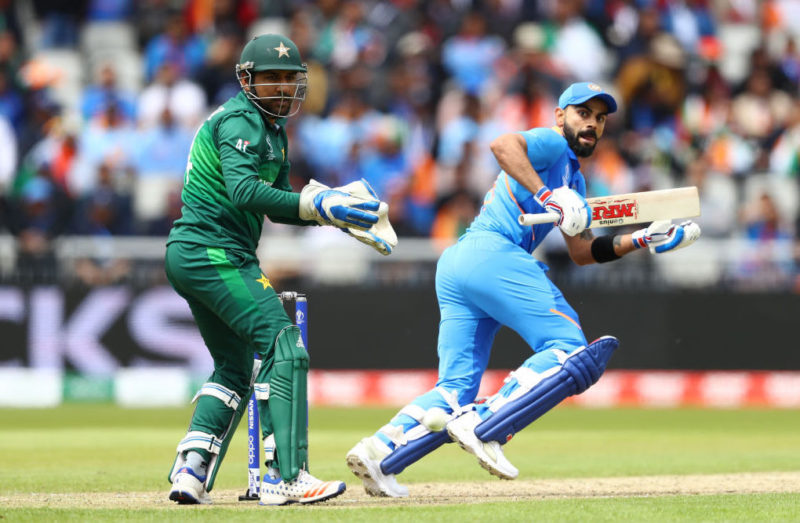 Both of India’s wins in Manchester this tournament have come batting first.

Besides, the residual moisture from all the rain would make the outfield slow and heavy and, consequently, finding the boundary harder. The other side of that is that the moisture would also make gripping the ball harder, and therefore render New Zealand’s bowlers more erratic.

On current form, India’s batting line-up would probably not be too fazed by a 148-run T20 chase. But they would definitely prefer going at normal tilt in a full 50-over or 46-over chase. Besides, it’s a World Cup semi-final, and this tournament has already shown that chasing at big tournaments is a different ball game, irrespective of what recent history may suggest. For the record, not one of the five games in Manchester this tournament has been won by the team batting second. Given those factors, you’d think a shorter chase would favour New Zealand more.