After a week during which rain took the life out of the Cricket World Cup, a monster clash between India and Pakistan could serve as a saviour of sorts, writes Taha Hashim.

Pray to whatever deity you believe in – this show must go on. In a week where brollies have been out in full force across the nation, and the International Cricket Council have been forced onto the defensive because of the monstrosity that is the English weather, a saviour is set to arrive on Sunday: India versus Pakistan at Old Trafford.

Yes, the forecast doesn’t look too pretty, but allow yourself some suspension from reality and imagine this: a packed house in Manchester for what is the fiercest rivalry in cricket, with the sun making a miraculous appearance to breathe this tournament back to life. This is the resuscitation this World Cup needs so desperately following on from washout after washout. 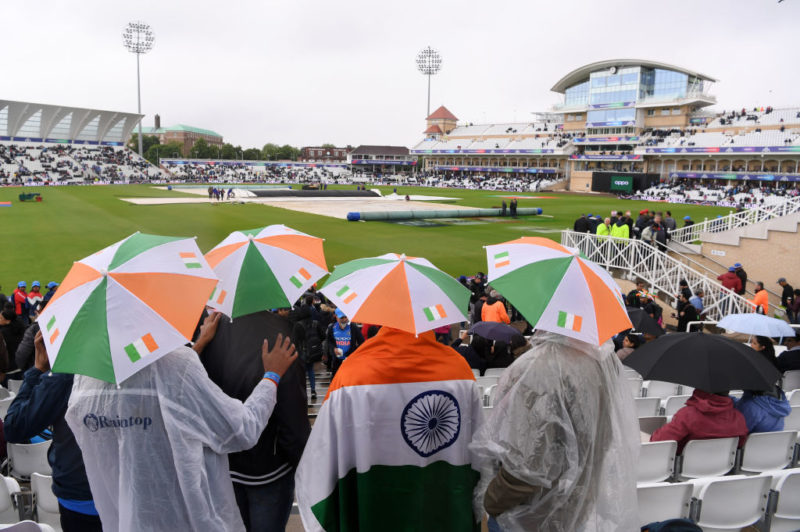 Rain has disrupted much of this week’s action

Of course, England will play Australia on June 25. But an India-Pakistan battle will always possess a little more heat, a little more spark; the last 72 years force it to, as does the delirious obsession of the game on the subcontinent, a unifying tie in a region entrenched with both geographical and cultural borders.

Whether you like it or not, this is a match interwoven with a backdrop of political turbulence, and recent events have threatened the possibility of this game taking place. In February, a suicide attack in Pulwama killed over 40 Indian soldiers, with Jaish-e-Mohammad, a militant group based in Pakistan, taking responsibility. The Board of Control for Cricket in India made its feelings clear in the aftermath of the attack, stating: “In view of the aforesaid terrorist attack, BCCI fears for the safety and security of players and match officials participating in upcoming ICC events including the ICC Cricket World Cup 2019.

“BCCI urges the cricketing community to sever ties with countries from which terrorism emanates.”

India’s donning of military camouflage caps in an ODI against Australia in March as a tribute to the paramilitaries who lost their lives in the attack added fuel to the fire, with Ehsan Mani, the Pakistan Cricket Board’s chairman, lamenting that “cricket and sports should not be used for politics”. The nature of this rivalry makes such a statement seem a touch naive. 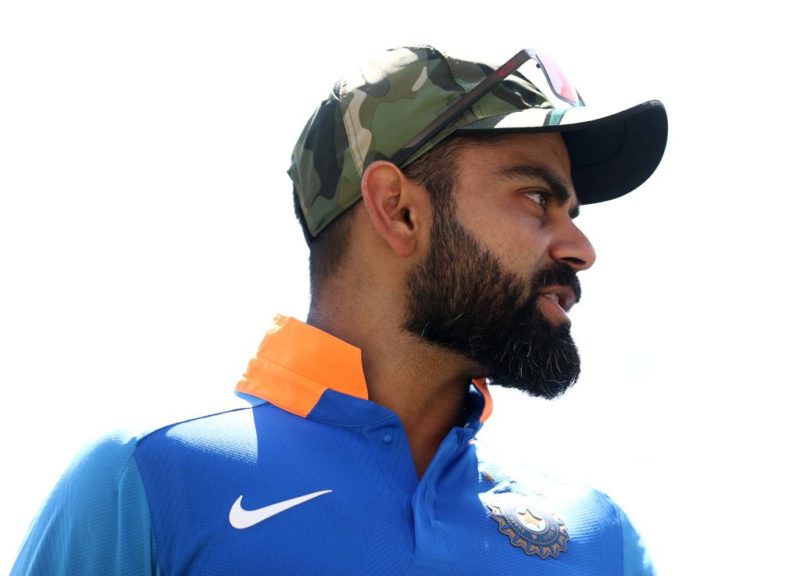 The controversy has continued into this World Cup. India’s MS Dhoni – who handed out the camouflage hats to his team-mates in March – has sported military insignia on his wicket-keeping gloves, forcing the ICC to call for Dhoni to change tack, which he did in his side’s match against Australia.

Amidst the noise hovering in the background, what must not be forgotten is that a game of cricket has to be played, and such is the rarity of this fixture – there has been no Test cricket between the sides since 2007 and their last bilateral ODI series was in 2012/13 – it must be a day cherished for the contest out in the middle.

Pakistan arrive into this match with history and form against them. In six attempts, they have never beaten India at the World Cup. Even in 1992, when Imran Khan led his side to the summit, a half-century from Sachin Tendulkar proved key in a 43-run win for India in Sydney. Furthermore, Pakistan’s last game saw them suffer defeat at the hands of Australia, and they’ve now lost 12 of their last 13 completed ODIs. India are a far more refined and polished side with few weak points to their line-up; in contrast to Pakistan, the Australians were little match for them last Sunday. Virat Kohli’s men remain undefeated in the tournament and they should comfortably walk into the semi-finals. 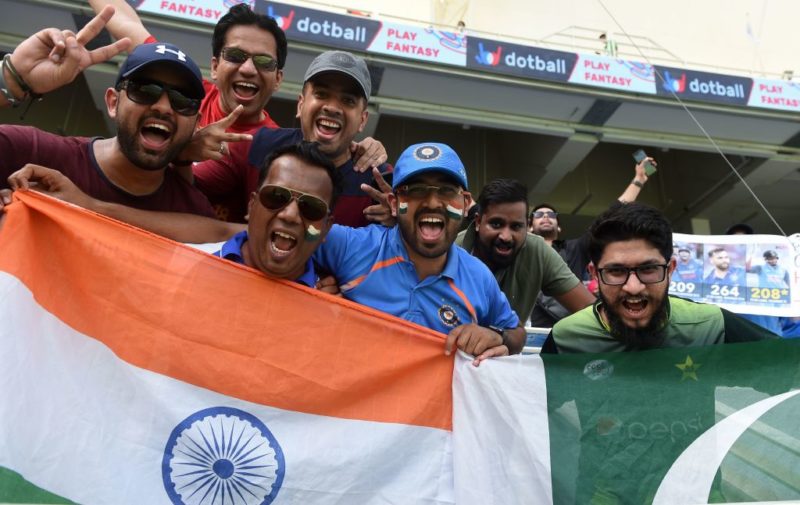 But then again, go back to your imagination and picture yourself in a seat at Old Trafford with a chorus of 26,000 voices causing your ears glorious discomfort, a sea of blue and green shirts filling your vision. Feel nervous? Goosebumps? How do those men taking the field feel? How does one make sense of their emotions in such an environment? A billion eyes are expected to be on them. The form book can go out of the window; this is a game where men will have to rise above the enormous weight of expectations thrust upon them to write their names into history.

Those with the hottest ticket in town able to take it all in the flesh will surely witness poetry in motion: maybe a Babar Azam cover-drive, perhaps a Jasprit Bumrah yorker that has the stumps splattered. Will Kohli get himself to his first century of the tournament or will a rejuvenated Mohammad Amir replicate his famous new-ball spell from the 2017 Champions Trophy final? The possible scenarios are worth salivating over.

So let us hope the rain stays away, for this could well be the day this World Cup finds its mojo.