New Zealand captain Kane Williamson conceded that “uncontrollable” factors hurt his side in their loss to England in the tied Cricket World Cup final at Lord’s on Sunday, but hailed his side for showing a fighting spirit throughout.

In what is being dubbed the greatest cricket match in history, England tied with New Zealand’s first-innings score of 241 before matching England’s fifteen runs in the super over, only for the hosts to emerge victorious having scored more boundaries in the match.

“I’d like to thank our side for the fight and heart they showed to get us this far,” Williamson told Sky Sports right after the game. “It just wasn’t meant to be today. The guys are shattered – it’s devastating.”

A tough one to take for @BLACKCAPS but what an extraordinary part they have played in one of the great matches. #NZvENG #CWC19Final pic.twitter.com/GHvn6oTPtW

The New Zealand skipper later told reporters in London: “Laugh or cry, it’s your choice, isn’t it? It’s not anger. There’s a lot of disappointment, I suppose.”

“The guys are really feeling it and I think it’s probably more down to some of the uncontrollables that go on when they have put in such a huge amount of effort and we know in this game it can be fickle in its nature. There are parts that, as hard as you try, sometimes those cards don’t fall your way and today it ebbed and flowed.”

“The rules are there and it’s certainly something you don’t consider going into the match that maybe if we could have an extra boundary and then tied two attempts at winning it we will get across the line.”

Two balls before the super over commenced, Stokes’ attempt to dive into the crease for his second run deflected Martin Guptill’s throw past the fence for a boundary, leaving the hosts with a requirement of three runs off two balls. It will be remembered as one of the most famous sixes in history.

“That was a little bit of a shame, wasn’t it? You just hope it doesn’t happen at moments like that. Perhaps it wasn’t meant to be for us,” Williamson told Sky Sports shortly after the game.

He continued in the press conference shortly after: “I guess there is a bit of that [luck] at times, and the game that we play where there are so many variables and whether it is the surface, the opposition, any sort of condition that can have an influence, but that is why the game is so great.” 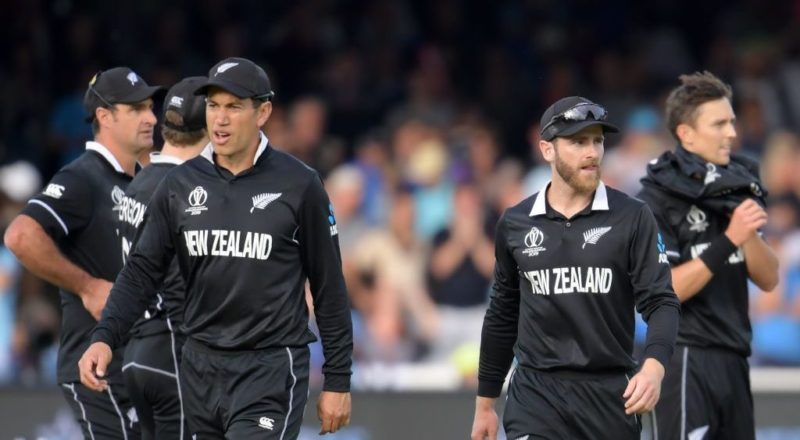 The nervy affair saw New Zealand muster 241 in their allotted 50 overs, with opener Henry Nicholls top scoring with 55, and Tom Latham being the only other batsman to cross the 40-run mark for them. Williamson admitted that the side had targetted a total of 250-260, banking on his new-ball bowlers to do the damage in the first ten overs. Interestingly, only once in four games in the tournament did the Kiwis score over 250 while batting first.

Related Story: New Zealand’s super over woes: Where are the Blackcaps going wrong?

“I think that was due to the pitch and the bowlers putting the ball in great areas, which they have done all tournament.”

Related Story: Criticised by McCullum, Williamson responds to defeat in own understated fashion

“The thing you walk away with is the amount of heart and the amount of fight the guys have shown throughout this whole campaign, but probably none more than the match we have just witnessed and both sides showed that today and it did come down to – I don’t know how they won it – what was it, boundaries or something?”