Williamson’s New Zealand, after electing to field first, bowled out Afghanistan for just 172 with a clinical display, led by a maiden five-wicket haul from Neesham and a further four wickets from paceman Lockie Ferguson. Afghanistan started brightly, reaching 66-0, before losing their way to 172 all-out, despite a resolute 59 from Hashmatullah Shahidi.

In reply, the 2015 World Cup finalists lost Martin Guptill on the first ball of the run-chase and then Colin Munro for 22, before an assured partnership of 89 between Williamson and Ross Taylor swung the control back in New Zealand’s favour. Taylor was dismissed for 48 but Williamson, who finished unbeaten on 79, and Tom Latham completed a third win from three games in the tournament for the Black Caps. 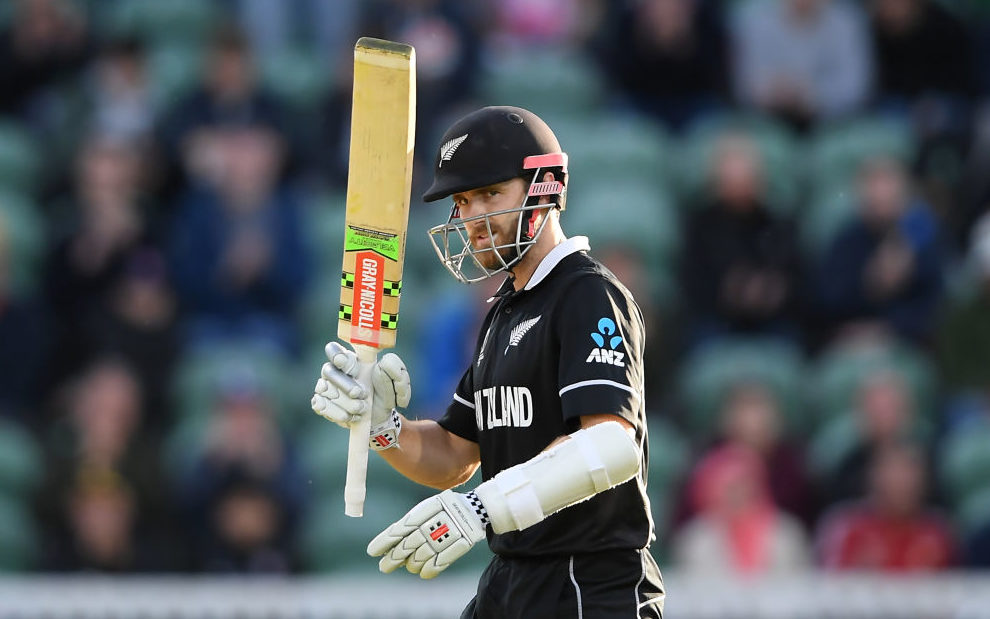 Williamson made his 38th ODI half-century at Taunton

“Outstanding win,” said Williamson. “They (Afghanistan) have a few world-class players, they got off to a very good start but we stuck to our plans, great to see the way the seamers came back. Lockie is a fast bowler, his role is to bowl fast. It doesn’t need much encouragement to get him up. He’s made a big difference because of the left-arm right-arm combination. Neesham was superb as well, there was pace and movement, and he used the conditions well.”

Neesham attracted criticism in New Zealand’s last match against Bangladesh for giving his wicket away as his side were edging their way towards the 245-run target in a tight encounter at The Oval. However, the 28-year-old responded by bowling with pace, bounce and hostility against Afghanistan.

"I just wanted to get back to what I do bowling and try to be consistent, hit the deck as much as possible and not worry about swinging the ball because that's not my forte"

“Obviously pretty pleased with how the ball came out today,” said the all-rounder. “Afghanistan put us under a lot of pressure at the start of the game but we knew if we kept pushing hard and putting the ball in the right areas that we’d be able to get through and obviously we did a pretty clinical job chasing. I just wanted to get back to what I do bowling and try to be consistent, hit the deck as much as possible and not worry about swinging the ball because that’s not my forte.”

The win means that New Zealand top the points table going into the second week of the World Cup. All three of their victories have come chasing, though sterner tests lie ahead. They face India on Thursday at Trent Bridge.