Michael Vaughan has hit back at Jonny Bairstow for his “negative and pathetic mindset” in the wake of the opening batsman’s criticism of pundits in the media, whom he had accused of wanting the team to fail.

England’s performance in the 2019 World Cup, which they entered as favourites but are now fighting to stay alive in, has drawn the ire of former players. Vaughan has been at the forefront of those criticisms, even going so far as to say that this could be England’s worst World Cup ever.

In retaliation, Bairstow said Vaughan’s comments were “pretty rich” and called the entire media “showbiz”, but it hasn’t gone down well with the former England captain.

Have your say: Do you think England will be 'laughing stocks' if they fail to progress to the semi-finals on home soil? #cwc19 https://t.co/voRfui6Kkc

“How wrong can Jonny Bairstow be,” Vaughan wrote on Instagram, captioning a picture of the batsman. “Never has England team had so much support but it’s you and your team that has disappointed Jonny.

“Win two games and you are in the semis. With this negative, pathetic mindset, I am concerned though. It’s not the media’s fault you have lost three games.”

The war of words has further marred an England World Cup campaign that has quickly fallen off the rails after a strong start. Defeats to Pakistan, Sri Lanka and Australia have left England walking a tightrope as competition for the semi-final spots tightens.

CWC: @jbairstow21 says pundits are “waiting for England to lose so they can jump on your throat.”

Do you agree or disagree? #cwc19https://t.co/CUjHez8biB

Vaughan isn’t the only England player to criticise the home team. Following their defeat to Australia, Kevin Pietersen had accused captain Eoin Morgan of looking “scared” against the opponent’s pace attack.

Earlier this week, Vaughan expressed his concerns regarding the England team’s campaign, calling their present situation “turmoil” while speaking to BBC Radio. “This is looking like turmoil for England,” Vaughan said. “I’ve been involved in a couple of atrocious World Cups. If they’re not careful, this could turn out to be top of the tree.” 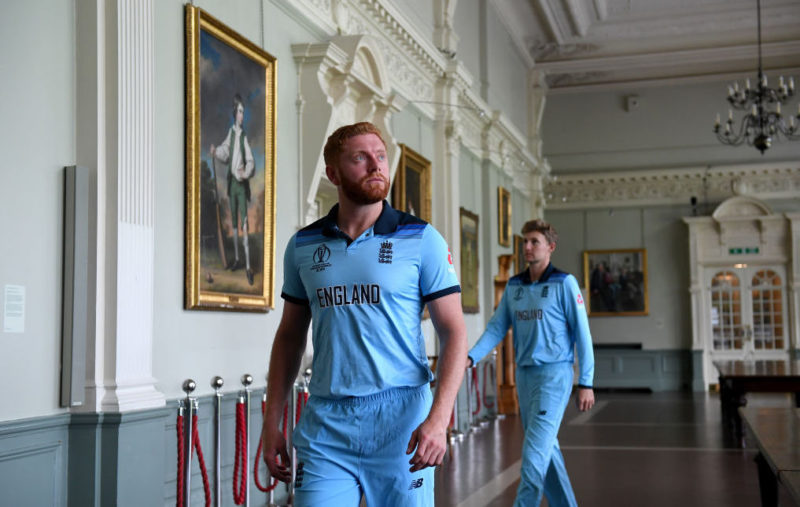 Bairstow responded to those comments, saying people should be willing the team on, rather than criticising them. “I was surprised with a clip of Vaughan’s comments. Bloody hell. That’s pretty rich,” Bairstow told reporters.

“It’s part and parcel of modern life, I’m afraid. That’s the world at the moment. You can’t be seen doing anything without someone having an opinion on it. People now are paid to have an opinion. Because we’ve done so well, any opportunity for someone to see we’ve lost two games, they were always going to jump on it.

“People were waiting for us to fail, they are not willing us on to win. In many ways, they are waiting for you to get that loss so they can jump on your throat. It’s a typical English thing to do, in every sport.”

England have two games left to salvage their tournament, starting with Sunday’s all-important clash against India. They will then have to go through a short turnaround to face New Zealand on Wednesday. England haven’t beaten either team in 27 years at the World Cup.