All rounder Mitchell Marsh and wicketkeeper-batsman Matthew Wade will join Australia’s squad as cover for Marcus Stoinis and Usman Khawaja, who picked up injuries during the defeat to South Africa.

Stoinis, after suffering a side-strain earlier in the tournament, experienced a recurrence of the same injury during his batting innings at Old Trafford on Saturday and could miss the rest of the tournament.

Khawaja injured his hamstring after running between the wickets early in his knock and had to retire hurt. Although Khawaja returned towards the end of the innings, Australia captain Aaron Finch was not optimistic about the left-hander’s chances for the semi-final. 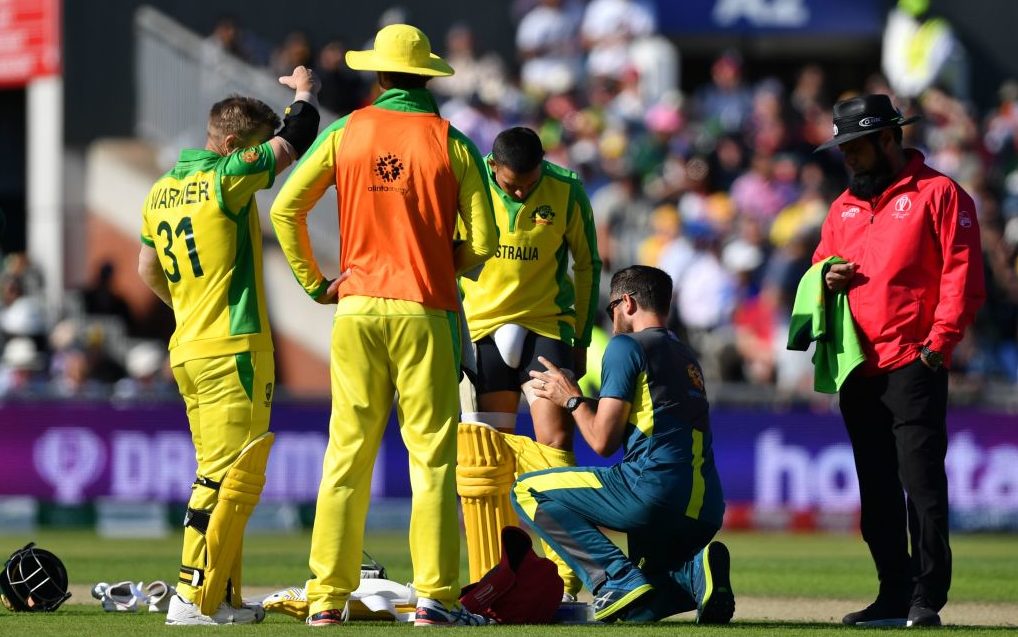 Khawaja had to retire hurt with a hamstring problem

“It doesn’t look ideal for Usman Khawaja at the moment,” Finch said after the match. “He’s done a couple of hammies before and he said it feels similar to that. If they need to be replaced, which I believe Usman will, there are plenty of blokes to come in. Marcus (Stoinis) is a bit sore in his side — we’ll have to wait for scans tomorrow to know the finer details of it.”

Wade has been in supreme form during current Australia’s ‘A’ tour in England, hitting 355 runs from four innings, including two centuries. The 31-year-old also made over 1,000 runs at 60.05 for Tasmania in the Sheffield Shield and had a fine Big Bash campaign for the Hobart Hurricanes, hitting 592 runs and striking at 146.89.

Marsh’s form has been less consistent. Despite making 467 runs form 13 innings in the Sheffield Shield, he endured a difficult domestic one-day cup campaign and has struggled to force his way back into the Australia side. Marsh is yet to be dismissed during the ‘A’ tour, however, and has picked up five wicket in four games.