After firing his team to a 150-run win over Afghanistan, a delighted Eoin Morgan said that he had surprised himself after blitzing England’s fastest-ever World Cup ton, off 57 balls, at Old Trafford on Tuesday, June 18.

Though he had described the pitch as ‘a little tacky’, Morgan reeled off a record 17 sixes, the most in a single ODI innings, on his way to a 13th ODI century.

“Honestly, I don’t know. It’s weird. It’s very strange,” Morgan said at the post-match press conference. “It’s something I never thought I’d do. It’s a nice place to be. Never, never have I ever thought I could play a knock like that. I’m delighted that I have.”

Supported by Jonny Bairstow’s 90 and Joe Root’s 88, Morgan ended up with 148 runs in England’s total of 397, their highest in World Cups. The England captain had also battled back spasms to be fit for the clash, but was satisfied with his timely recovery, which was aided by medication just ahead of the game.

The most EVER sixes in an ODI innings ?#ExpressYourself #WeAreEngland #CWC19 pic.twitter.com/stMtKMFHk7

“To be honest, this morning went pretty smoothly,” Morgan said. “Early start, getting my — well, getting my back hot and all the muscles moving. I didn’t have any injections this morning. I just had medication, like tablets, for today’s game.”

England’s rise in ODIs over the last four years has coincided with Morgan’s rediscovery of form; since the end of the 2015 World Cup, Morgan has averaged over 47. He is also the fourth-highest ODI run-scorer in the world during this time, and while those runs have come at a strike-rate of over 100, Morgan admitted to not having imagined scoring a century at such a rapid rate. 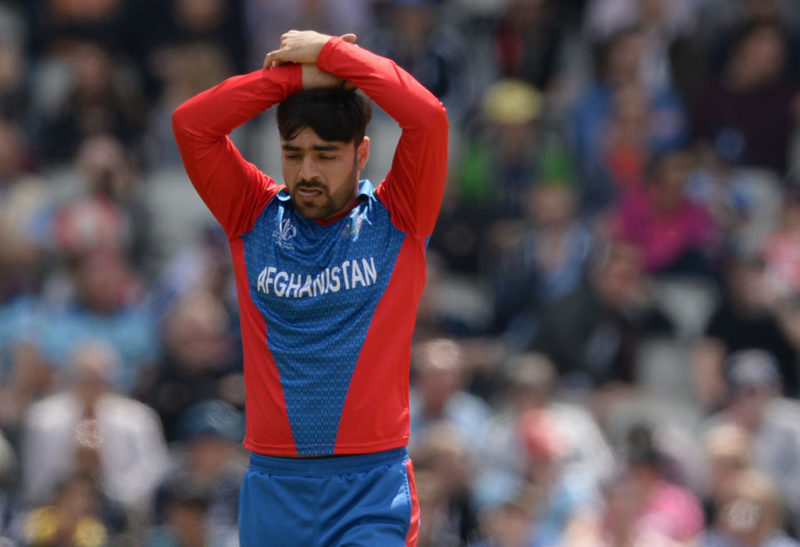 Rashid Khan was slapped for 110 runs in his nine overs

“The last four years, I’ve probably played the best in my career, but that hasn’t involved a 50 or 60-ball hundred,” he said. “I scored one in Middlesex that was, I think 55 or 56. So I thought I could — I would have it in the locker somewhere, but it’s never happened. So I sort of gave up on it a little bit.”

"Never, never have I ever thought I could play a knock like that. I'm delighted that I have"

“It certainly wasn’t deliberate. We don’t go into any game with any preconceived ideas about how guys can play, because anybody can have a bad day,” Morgan said. “He’s obviously a very, very good bowler, and we’ve experienced that before. He’s performed extremely well for a long period.”

Afghanistan captain Gulbadin Naib, too, defended Rashid, their leading wicket-taker in ODIs, although he did rue the dropped catch of Morgan by Dawlat Zadran, off Rashid’s bowling, when the England captain was on 40.

“Everyone knows how good Rashid is. I think today was not his day, but it’s cricket,” Naib said. “So sometimes you do well, sometimes like this kind of stuff. So I’m happy with him, it’s not a big deal.”

With their latest loss, their fifth in the tournament, Afghanistan have sunk further, and remain stuck at the bottom of the table. Naib, however, counted the positives, saying that his side has improved with every game.

“Yeah, we take a lot of things from here. We are improving day-by-day in every department, we are trying to do well every day,” he said. “Today, we have played 50 overs. So I think it’s a positive sign.”