After their no frills World Cup squad announcement, Phil Walker, editor-in-chief of Wisden Cricket Monthly,  previews England – a team prepared for whatever’s thrown at them over the next six weeks.

#CWC19 is almost here. Look, it’s so near you can even touch it. No? Not yet? Give it time. We’ve still got a week. At least there’s been a rustling, a few posters jostling for space on tube station walls, the odd staged event popped up around the country. The TV and radio ads are getting more plays, while the pay-rolled social influencers have turned up their own dials.

And in case you didn’t hear, good news for cricket ironists everywhere that Channel 4, having signed off in 2005 with a record high of 8.4m viewers, has grabbed the rights to show highlights. Cricket, never one for unbridled love-bombing before a big tournament, has certainly had less effective build-ups.

Inside the 11 chosen venues, meanwhile, workmen unscrew local sponsors’ hoardings and pile them high on the backs of trucks. Outfields get pasted with fresh new messages, as delegations of officials scope out pitfalls for visiting heads of state. Even south London’s illustrious gasometer finds itself draped in a vast technicolour banner. And somewhere, in amongst it all, are the players: the real influencers. As we’ve been reminded every day for months, maybe years now, cricket has been afforded one shot at the big time. Failure is not really an option. Blow it, and blow the future.

No pressure then. And yet, all around Morgan’s movement, all seems disarmingly serene. The Alex Hales fallout was barely a trickle. Jofra has been embedded. No one’s busted or snapped anything. The squad announcement was greeted warmly, while all those knotty questions about destiny, legacy and burying the past have been strictly sidelined for others to kick around. 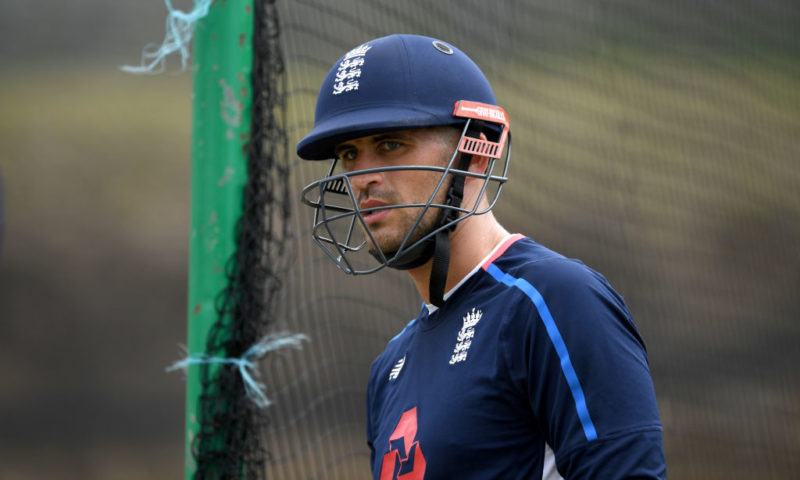 Indeed, those who were at Ed Smith’s presser at Lord’s this week to watch another presentational masterclass (“This is all very formal, chaps! This a cabinet meeting or a press conference about a cricket match?!”) will have noted his elegant refusal to countenance such things. (Is this the best World Cup squad England has ever compiled? “We just don’t think about things like that.”) Logic and process governs every waking thought.

So we already knew the make-up of the final 15. We’d known the night before that David Willey and Joe Denly would be the ones to miss out, that Liam Dawson’s early-season form and versatility had been rewarded, and that James Vince would be seducing and dropping us all over again. And so instead we learnt of the rationale behind it.

There was plenty of sympathy for Willey in particular, whose geezer-with-an-alice-band schtick fits this team’s identity so well. But of England’s four new-ball options, next to the proven pedigree of Woakes and the rapidity of Archer and Wood, Willey was always the most vulnerable.

Sympathy, too, for Joe Denly, whose strokeplay will probably now stay frustratingly unshowcased in this format. A decade on from his first ODI appearance, last summer’s List-A MVP will probably not play again for England’s 50-over side. (Though he did bat at No.3 in England’s last Test match, so his late-career flirtation with the big leagues is by no means done just yet.)

In any other England squad from any other era, Willey and Denly would have nestled right in there. A certain awareness that they were on the edge of things will not have helped soften the blow when the final call came. Smith spoke of Willey’s “outstanding qualities” as a human being, and Denly’s class and maturity. Clearly, this is not the kind of team dynamic from which a Gazza-Hoddle meltdown could spring. They all seem alarmingly well-adjusted. 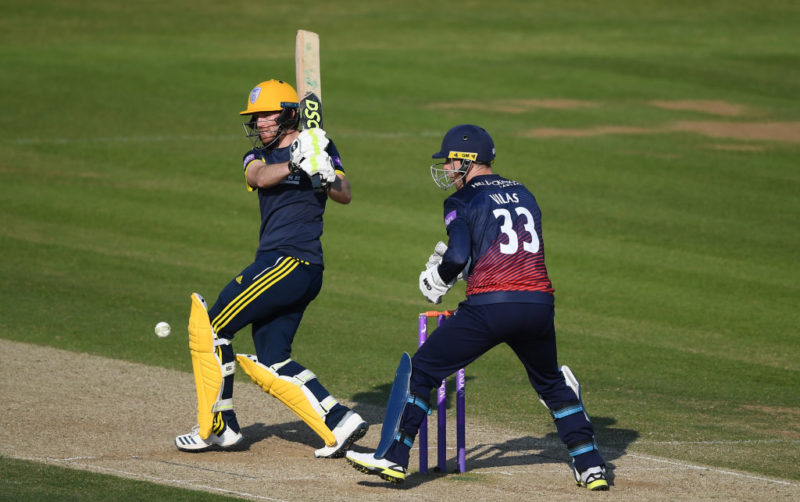 Dawson is the purist’s choice. As with pretty much everything that Morgan thinks, says and does, a relentless soundness appears to be driving it. That, and an absence of anything approaching sentiment. Dawson is the kind of cricketer that captains like to have on hand. Low maintenance, adaptable, been around the block, a natural filler-inner.

Smith spoke often about balance. Of having all bases covered. Dawson can bat in the top seven – he smashed a century against Surrey in the One-Day Cup last month – and is all dart-firing nous in the middle overs. He’s not sexy, but that’s no bad thing. This team isn’t exactly lacking in the filth department. Drifting on the breeze at Lord’s, a cautionary line on Adil Rashid, whose “slight niggle” in the shoulder may, Smith conceded, have helped Dawson’s case. Rashid will be having another injection this week, apparently. Another one. And there it was, another brief reminder of how all this promise can so easily fall to dust.

Here, briefly, are some facts. England’s ODI team hasn’t lost a multi-game series in two-and-a-half-years. They have smashed the world record for an innings score not once but twice. Before the Pakistan warm-ups, their average run rate since the last World Cup is 5.97 – the next highest is South Africa with 5.48. They have a higher boundary percentage than any other team.

In Rashid, they possess a leg-spinner who has claimed more ODI wickets since the last World Cup than any other bowler. At Trent Bridge last week, they opened the bowling with Mark Wood (average speed 89.58mph) and Jofra Archer (87.73mph). In men’s ODI history, only 20 players have ever averaged over 25 with the bat at a strike-rate north of 100. Four of them – Jos Buttler, Jason Roy, Jonny Bairstow and Moeen Ali – play in this team. 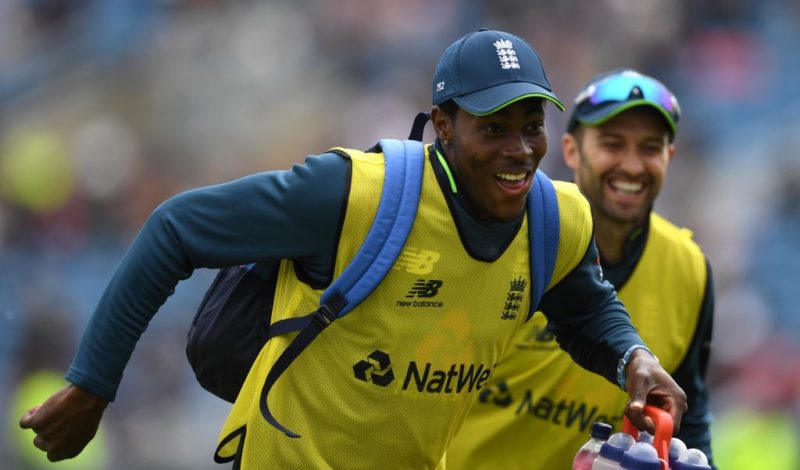 And yet when I ask friends about this tournament, I hear the same thing every time: “Oh yeah, we’ll lose in the semis. Aussies probably.” Residual English nervousness. Innate English pessimism. Unshakeable English fatalism. All present and correct. Except where it actually matters.

Interviewing Eoin Morgan for the current issue of Wisden Cricket Monthly, I was struck (again) by his aversion to lazy tropes and, yes, dim-witted questions. While he knows the weight of history hangs heavy, he refutes the idea that his team will be cowed by it. “Along with the mind there are other things. There is form, flexibility and getting guys fit. When the World Cup is going on there will be more challenges. The levels of intensity that we operate at are changing the way we approach 50-over cricket – and the way a lot of other people approach 50-over cricket. If we continue to operate at that intensity I think it will put us in a really strong position.”

It cut through. It mattered. What cricket would give for some of that cut-through now

The more you watch and listen to him, the more it becomes apparent that the only doubts that need quelling are our own.

And so, next up, to a converted warehouse in east London, for the official team kit launch. It’s coming thick and fast now. Market food, fancy beers in the fridge, burly blokes on the door. An accompanying video that is so street it hurts. A knockabout Q&A hosted by that fella who does the Tailenders podcast.

The kit itself, though, is actually a snazzy retro number, inspired by the threads worn by England’s last good World Cup team. The kit goes down very well. And yet it’s another reality check. That tournament was 27 years ago. England have never won this thing, nor got remotely close to doing so, in almost three decades. For all these choreographed plays for the here and now, this game of centuries will always have a foot in the past. And the more past that piles up, the harder it gets to shake.

I was in my first year at university, not doing much, when they last hosted one. I’d nabbed a TV off someone and stuck it in my room, watching the daily struggle via a crackly aerial. From memory, whenever the box worked, Gavin Hamilton was scoring runs for Scotland and England were batting too slowly. It was almost certainly grim fare.

Still, I distinctly remember a steady stream of folks coming in and out to check on things, with a core of new devotees hanging around for what seemed like days on end. After all, the event (dreary, drizzly, averagely attended) was still a World Cup. It was a part of the rhythm of things. It cut through. It mattered. What cricket would give for some of that cut-through now.