Afghanistan leg-spinner Rashid Khan is recovering from concussion after copping a severe blow on his head while batting during his side’s 2019 World Cup clash against New Zealand, at Taunton, on June 8.

Rashid, batting at No.9, was struck by a pacy, short of length delivery off Lockie Ferguson in the 34th over of the Afghanistan innings. The 138 kmph delivery rushed on to Rashid’s helmet, before ricocheting onto the stumps, ending his four-ball stay at the crease.

"He's well. Afghani people are strong. So it's just a small thing."

A visibly shaken Rashid had to be escorted off the field by team physio Azeem Malik. The No. 3 ranked ODI bowler failed two concussion tests and couldn’t take the field in the second innings, as New Zealand completed a convincing seven-wicket victory, their third of the tournament.

In the post-match presentation, skipper Gulbadin Naib rued his star performer’s absence, with Afghanistan suffering their third consecutive defeat in the tournament. “Our bowlers started well. The wickets did not support the fast bowlers, so we missed out on Rashid,” Naib said. 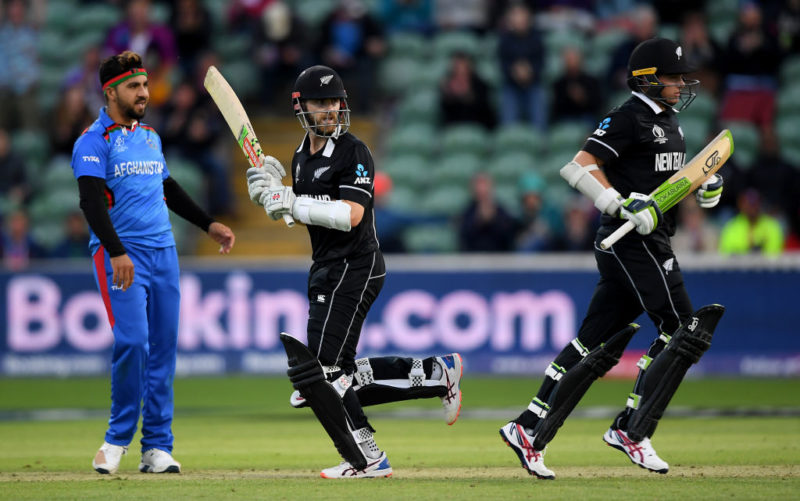 New Zealand completed their third win of the tournament against Afghanistan

Rashid has been a star performer at both the international, and domestic level, across the globe for the last four years. His presence would be crucial to Afghanistan, who continue to seek their first win of 2019 World Cup.

With ample time for rest, Naib remained positive of Rashid’s participation in their side’s next game, against South Africa, at Cardiff on 15 June.

“He’s feeling better now. If you have a ball bowled at 140-plus kmph hit you, it obviously realise something. The doctor said don’t go to the field but now he’s feeling well. So he needed rest. So obviously we have a couple of days. He’s fine now,” Naib later said.

“I asked the physio if he needed rest; he had some headache. We have a rest of one week before the next game. So now he’s feeling well. He should go to the hospital and check for some tests.”