“People have said a hundred times over, ‘why didn’t he smack that one for six?, He was hitting everything else for four or six’,” says Mark Wood, speaking on a Sky Sports documentary aired during the third day’s lunch break of England’s first Test in New Zealand.

Wood is discussing a game played between the same two teams, and you know which one. July’s World Cup final will surely still be being discussed and dissected years from now, containing perhaps the greatest finish in cricket history, and one of the great ODI innings from Ben Stokes.

It was a match that threw up any number of talking points, and even as  Stokes’ masterclass reached its finish, there was one moment which had plenty confused. With England needing two runs to claim their maiden men’s Cricket World Cup triumph, why, when gifted with a shin-high leg-stump full toss, did he not try and smash it into the stands, as he had done twice in his knock before that point? In the immediate aftermath, it appeared Stokes himself might have felt the same thing, but Wood revealed the cool thinking behind the all-rounder’s choice of shot, minimising risk instead of chasing glory. 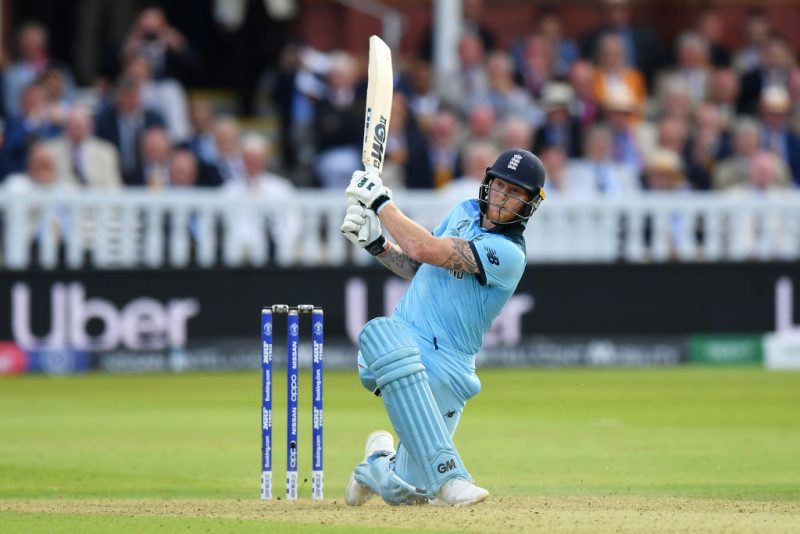 Ben Stokes hit two sixes in his World Cup Final 84*. Could he have tried to hit a third?

“I’ve watched it back,” Wood says. “Stokesy, frustrated, has booted his bat 20 yards, but in hindsight it was actually a brilliant thing to do. I know this now that he’d watched a game that Bangladesh had played a couple of years before, where the lad had needed one to win or something, and he’d hit the full toss and he’d got caught on the line and they’d lost by one or drew or something like that. So he thought, there’s a gap at midwicket and long on. If I can hit that gap we’ll get two, and that’s where we’ll win. If not, we’ll definitely get one.”

The Bangladesh game in question, as revealed by Stokes in his book On Fire, which recounts his and England’s incredible summer, was their group stage fixture against India in the 2016 World T20. Needing 11 to win off the last over, a single from Mahmudullah and two boundaries from Mushfiqur Rahim brought Bangladesh within two runs of a first T20I win over their biggest rivals, with the diminutive wicketkeeper celebrating as if they’d already won. Three balls and three wickets later, the Tigers trudged off with their tails between their legs.

“They should have won that game in Bangalore and thought they had done so when they reduced the ratio to two runs off three balls to win,” Stokes wrote. “Despite having players of the ilk of Mushfiqur Rahim and Mahmudullah in the middle, both succumbed in consecutive balls going for glory shots and they somehow lost by one run.”

Stokes’ clear head was in stark contrast to Wood’s muddled mind. “The only thing I’m thinking in my head is, if he gets out, I’m gonna be on strike. Where am I gonna hit the winning runs?” says Wood, recounting his feelings in the dressing room before going out to bat. “I’m looking at third man thinking, ‘well, if I nick it, he’s a bit wide, I might get it there.’ 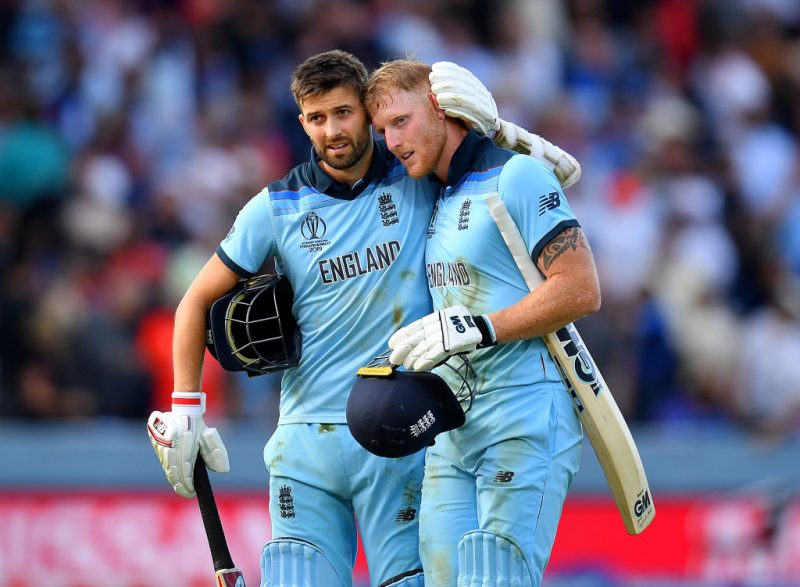 “Rash gets run out, so I’m in, and the last thing I remember is the ball before Morgy said ‘do you know what you’re doing if you get in?’ and I just went ‘yeah’. Now I sit here, I can honestly say I didn’t have a clue. There was a million things going through my head. I just said yes to the captain. Morgy, if you’re watching, I’m sorry but I didn’t have a clue what I was going to do.

“I get into the middle: ‘Right, what am I going to say to Stokesy?’ I get there and I say, ‘I’m just going to run,’ and I can honestly say that he didn’t listen to a word I said. His eyes were just glazed over. He hits it to long on. I put in probably the worst dive of my career, my side’s already torn and it feels like it’s going to drop off, I know I’m out by an absolute mile, we’re going to go to a super over.

“In my mind as well at the time, I’m thinking of that Mankad thing, so I’m thinking, ‘don’t set off early because if he thingies the stumps that will be an absolute storm there, so I’m making sure my bat is definitely in the crease, which now I’m thinking ‘why was I even bothered? Why was I thinking this stuff? All I had to do was just run.’”

Wood’s attire also drew attention in the post-match analysis, with the quick donning all the protective gear he could find before heading out, despite starting the final delivery of the game at the non-striker’s end. “He was clad in more armour than a Game of Thrones character,” Stokes writes, and Wood concurs.

“It’s like I was going to war, like battle, it was mint,” he says. “I’m even thinking now after the event. I had my chest guard on, I had my arm guard on, full pads. I didn’t need any of that. All I needed was my pads, my helmet, my gloves and my bat. Why did I wear everything? It slowed us down. I had all my friends at Ashington text us after the match saying the titanic turns quicker. Absolutely shocking.”