Rohit Sharma was once considered the great waste of Indian cricket. Here, it was said, was a batsman possessed of gifts so rare and magical that it was like they’d rendered him imbecilic. He was seen as lazy. Too laid-back by half. His parents even called him out for it. The way he walked, the way his shoulders sloped, his puppyish features, and that tendency to play shots just for the love of it, and too many shots, and too often. By his mid-twenties, Sharma’s talents had been sullied.

His career hinged on a single decision from Mahendra Singh Dhoni. It came in September 2013. At that stage, Sharma had managed a pair of centuries from 102 ODIs spread across six years. Compiled at the quaintly archaic strike rate of 75, averaging a tick over 32, Sharma’s record was remarkable only for its innocuousness. He was 26. A year before, his game had been close to collapse.

Dhoni was building a new team for the post-2011 era. He turned to Sharma. He told him that he wanted him to open the batting, that he would be doing it for the foreseeable future, and that he believed he had the minerals to do the job. 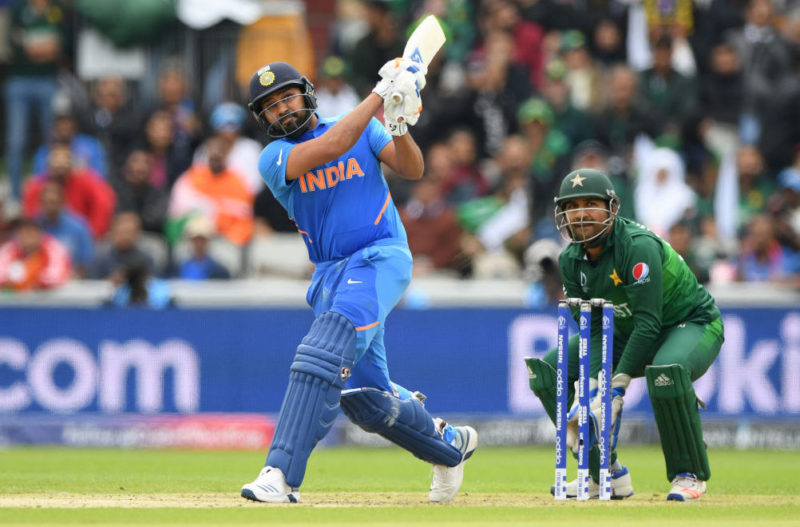 Rohit Sharma’s knock against Pakistan contained many of his trademark shots, such as the front-foot pull

Sharma has since become a one-day phenomenon. He makes a century every five innings. He has three double hundreds; no one else has more than one. He has hit 195 sixes in his last 107 matches, in which he averages 63. Take Sharma from 2013 onwards, and there has very possibly never been a more complete ODI opening batsman.

His latest contained all the hallmark Sharma-isms. The upper cuts and late dabs, the easy lean on the full ones, and a few of those gobsmacking swivel-pulls, when he rocks back off the front foot, and drives under the ball with a barely angled bat. When, as it happened on Sunday, June 16, Sharma leaves one on 85, you know the game’s up. When he cuts the next one into the rowdy gardens over backward point, one of three sixes, we may as well all pack up and call it a day. As a shotmaker, he has few equals, even in his own team. Even in that mythic top three. He is that good.

He is, though, a reluctant kind of genius, with a faraway air at the crease, so at odds with the shimmering show-offs around him. All that beauty has to be rationalised somehow, and Sharma’s way, not unlike, say, Gower’s before him, is to inhabit the body language of the mildly bashful. He often appears to the side of the action even while dominating it. He lopes around, head bowed, like he’s sure he left his smokes somewhere. He runs hard only when he has to. And then, when the moment comes, he notes the latest landmark with a look to the skies and a vague raise of the bat, held halfway down the blade.

Babar Azam walks into an avalanche. Pakistan are not going to win this match, and everybody has known this fact since midday. He is almost late on his first ball, dropping it into the legside off the inside edge. It’s how Mark Waugh used to get off the mark. Third ball, he dabs down to third man. The fifth is cuffed away past cover for his first boundary. He doesn’t move after its execution. No jog through to the non-striker’s end, no smug tap of the blade at the bowling crease; no glove punch, bat twiddle or pad fiddle.

The first full over from Vijay Shankar features three front-foot drives. Against Australia, those shots would have spawned 12 runs and another thousand love letters. Here, they bring nothing. It’s just a partial reprieve for the fill-in seamer as next over, an overpitched wide one is eased through the cover ring for his first boundary, but it’s barely bisected them before Babar is inspecting the toe of his bat, unnerved by a fourth imperfect shot in succession. And there are further struggles. He’s squared up, turned around. The bottom hand, normally no more than a chaperone to its social superior, ruins a series of miscued drives. 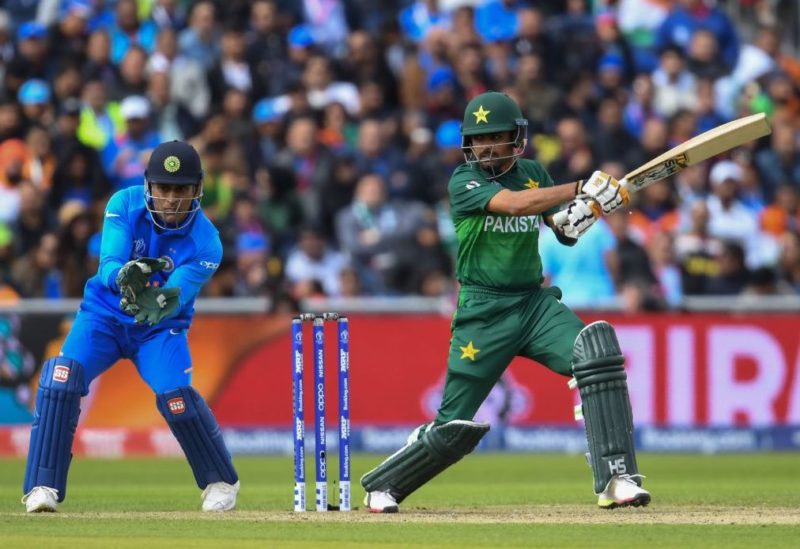 At times, he’s becalmed, playing out six consecutive dot balls. He never quite touches the serene state that he inhabited all-too-briefly in that otherworldly 30 against Australia last week. It’s not a day in which he can settle, or prolong the inevitable.

It’s not that we’re taking a punt on talent. He’s delivered. He’s in the top 10 in the world. He has nine ODI centuries and averages over 50. He is, technically, as good a player as there is out there. But he’s not quite there yet.

Still, even in snippets, much lingers. The economy of movement, and minimal pre-shot shuffle; the horizontal backlift, like Sachin, like Kallis, a quiet nod to the old world, to a time when batsmen weren’t obliged to pick it up and wrap it around their necks.

Something has revealed itself to me in recent days. Watching Babar bat makes me tense. It’s like I’m already filling up with regret about his departure, and the void it will leave, before it actually happens.

That tiny trigger brings the front foot pointing down the pitch, opening up the shoulders, opening up the V, opening up the onside, opening up the game when a bowler errs, and those hands, detached from one another on the bat handle, modelled on Miandad, get to express their will. The on-drive against Cummins last week is still talked about as the purest shot of the tournament so far. But he’s not quite there yet.

The game is almost gone, but not forgotten. He steels himself. Chahal is deposited over midwicket. An 88-metre hit. Emboldened, he sweeps Yadav twice off the stumps. More echoes of Miandad. He is on 48 and Pakistan have inched up to 115.

Something has revealed itself to me in recent days. Watching Babar bat makes me tense. It’s like I’m already filling up with regret about his departure, and the void it will leave, before it actually happens. And there it comes. Yadav floats a classical left-arm leggie into the rough and Babar is caught on the crease, feeling for it, and it finds a path through the gate. He trudges off, rehearsing the shot. The noise deafens.

This tournament, though. Starts in every game. A shot, perhaps a few shots, to remember him by, and then it’s done. One fifty in four hits. If Pakistan were going to do anything in this World Cup, it had to be Babar Azam to inspire it. It’s looking too late now. It’s said that he frets, that he lingers on failure. Sharma could afford to misplace his early years; Babar’s early career – he is 24 – has been weighted by the knowledge that he is Pakistan’s best batting hope in years.

With his three doubles and his staggering numbers, Rohit Sharma has come to embody the immensity of ambition that marks his country’s cricket. Babar’s fate just now is to encapsulate the doomed beautiful fragility of his. He’s not quite there yet.