Usman Khawaja says Australia’s batsmen have no problem with the World Cup policy of changing the order from game to game.

Khawaja came into the tournament as the leading run-scorer in ODI cricket in 2019 having established himself as Aaron Finch’s opening partner, but David Warner’s return cost him his preferred role.

And having never before batted below No. 3 for the Aussies in the 50-over format, the left-hander was pushed down to No. 4 against India and No. 6 in the subsequent defeat of Pakistan.

The shifting position is not unique to Khawaja: Steve Smith has also batted at first-down, No.4 and No. 6, while Glenn Maxwell has alternated between fourth and fifth in the order.

“It’s all above board,” said Khawaja, whose 72-ball 89 against Bangladesh came at No.3. “Everyone is communicating, everyone is talking and no one of myself, Smithy or Maxi, really have any issue batting anywhere.

“I think all of us have to adapt to different situations. We are all fine.” 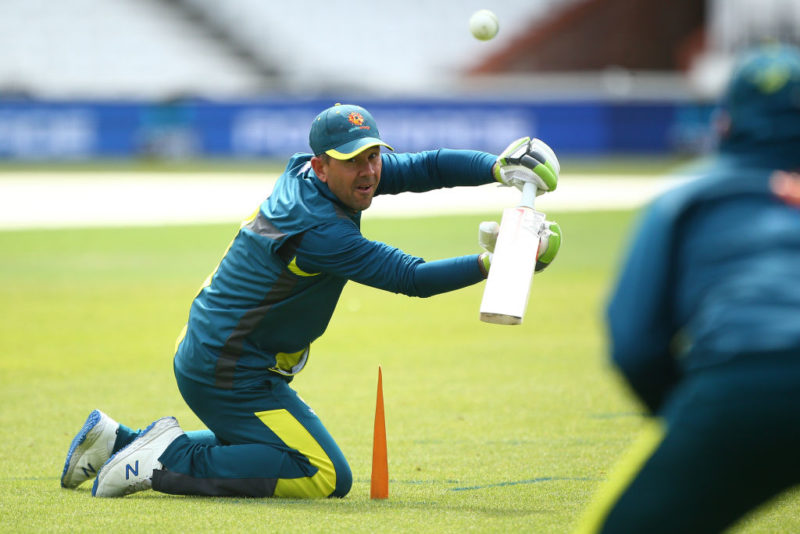 Khawaja’s innings against Bangladesh was just his second score above the teens in six matches at the tournament, but he said: “I was feeling really good every time I went out there to be honest,” he said. “I felt really good in the warm-up games, I felt good against India, I even felt good against Pakistan.

“It wasn’t the end of the world, it was about sticking to my process which I will keep doing from here on in.”

Despite Khawaja’s level-headed response to his run of low scores, the half-century came as a relief to Australia’s assistant coach Ricky Ponting, who said: “It’s great to see Usman grab an opportunity. Batting the last couple of games out of position wasn’t ideal for him.

“But he had plenty of time to bat today on a good surface and he made the most of it. Although he’s been unsettled, it just shows the maturity he’s got and that he is adaptable.”