The lack of bums on rich seats at the Cricket World Cup is a kick in the teeth for the ordinary fans, write Lawrence Booth.

The early games in this World Cup have prompted the kind of question you might expect on an undergraduate philosophy paper: when is a sell-out a sell-out? The answer has become clear: when there aren’t many bums on the posh seats. Time and again at this tournament, the claim by organisers that all tickets were snapped up months ago has looked like a trick of the light.

The discrepancy was especially glaring at the Rose Bowl last week, when India played South Africa. Much of the ground was buzzing, but in the expensive sections in the stands either side of the pavilion were swathes of white-seated emptiness. And it could not be entirely explained by the fact that the ground encourages spectators to stroll around its 360-degree concourse.

Those two stands are named after cricketers – Colin Ingleby-MacKenzie and Shane Warne – who regarded entertainment as the sport’s basis. In their different ways (ignore the double-barrel for a moment), they played for the masses, not the elite.

It’s good for the fans, and bad for the touts, who are parasitical, but not illegal

Empty seats are a perennial issue at major sporting events, and neither the World Cup organising committee nor the ICC are blind to the problem. There are mechanisms in place to deal with no-shows, including the tournament’s official resale platform, hosted by Ticketmaster, which until Monday had successfully passed on 15,000 tickets from fan to fan at face value.

On top of that, the ICC encourage their sponsors and commercial partners to hand back tickets they are unable to offload. That process began in March, and continues until the start of a match: around 90-100, for instance, were made available the night before England played Bangladesh at Cardiff; by the morning, all had been sold. It’s good for the fans, and bad for the touts, who are parasitical, but not illegal. (If, on the other hand, you expect to turn up to the ground and collect a ticket bought at an inflated price from a resale website such as Viagogo, forget it: the authorities are on to you.) 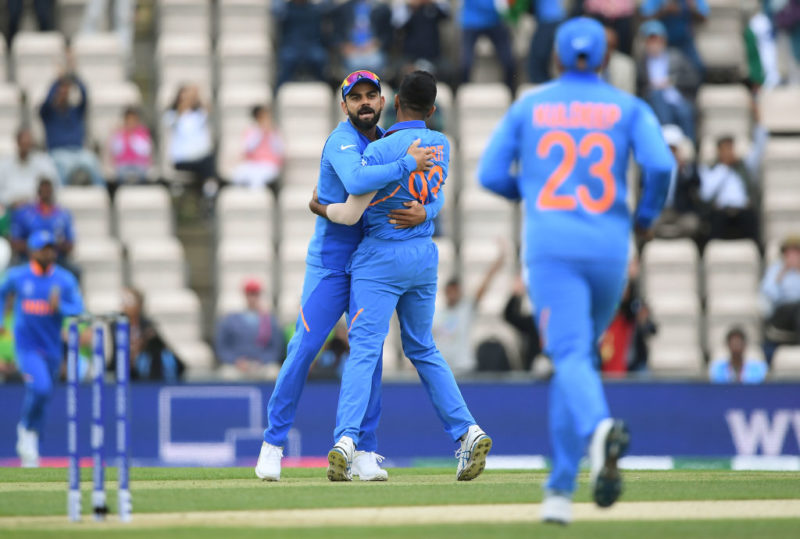 Yet there are problems. Each dressing-room is issued with around 125 tickets, but players and backroom staff are not obliged to hand back spares. On a bad day, that could account for 200 empty seats – a decent chunk to the naked eye scanning the ground.

On other occasions, good intentions can misfire. For Afghanistan versus Sri Lanka at Cardiff, 3,000 tickets were passed on to schools, but the rain and the cold meant many didn’t show.

Some commercial partners are more socially minded than others: not all unused tickets are recycled. And if a third party has made, say, 50 available to winners of some competition or other, there’s no guarantee those winners will actually turn up.

But one of the biggest issues occurs when tour groups buy up large numbers of seats as part of an overall package that includes travel, accommodation and the cricket itself.

The intention of these wealthy travellers may well have been to take in India versus South Africa in Southampton, but on the day of the match… well, you’re feeling a bit tired, and your smart London hotel has a special offer at the spa, and there’s a show on in the West End, and suddenly one option seems easier than the other. It may be why India versus Australia at The Oval faced no such issues – for wealthy tourists basing their stay in the capital, Kennington is down the road, Southampton down the motorway. 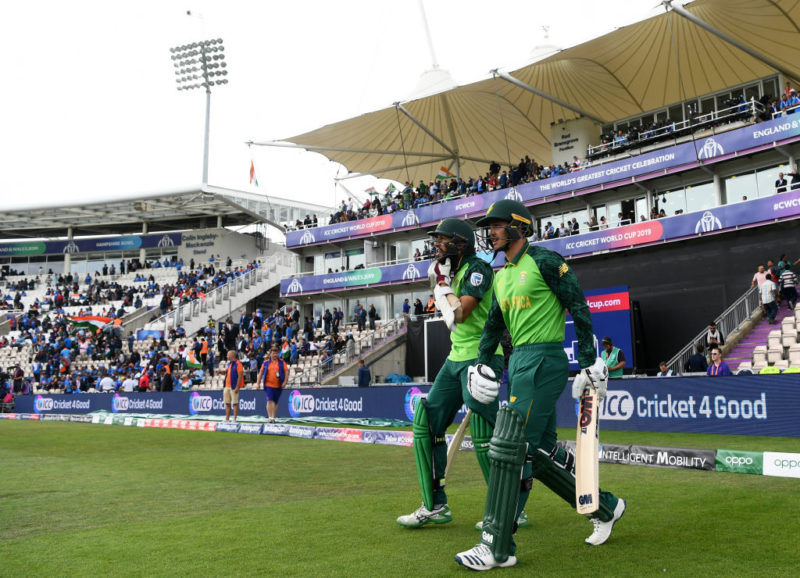 This is a form of cricketing apartheid: while the ordinary fans look at the empty seats and wonder why they were told there was no room at the inn, those with the money to choose are weighing up their options on the day of the match. Lunch at the inn, or lunch up the Shard?

We’re not far, here, from the lament in The Great Gatsby, where Tom and Daisy “retreated back into their money or their vast carelessness or whatever it was that kept them together, and let other people clean up the mess they had made”.

The ICC can be blamed for a few things, but not the selfishness of humanity. Oh, and the next time you’re told the game is sold out, it may be worth finding out exactly what this means. You never know, there may be a seat with your name on it.