Less than two weeks after his 19th birthday, fast bowler Mohammad Hasnain has been named in Pakistan’s squad for the 2019 World Cup. His selection continues a rapid rise to prominence.

The young quick made his first-class debut just eight months ago, playing for Pakistan Television in the Quaid-e-Azam Trophy.  But he really made his name in this year’s Pakistan Super League in which he turned heads by taking 12 wickets at 17.58 while bowling with serious pace, regularly exceeding the 140kph-mark.  He made his international debut on March 24 in the second ODI between Pakistan and Australia.

Hasnain was born in Hyderabad, a city not particularly known for producing fast bowlers; he is the first quick from the city to represent his country. 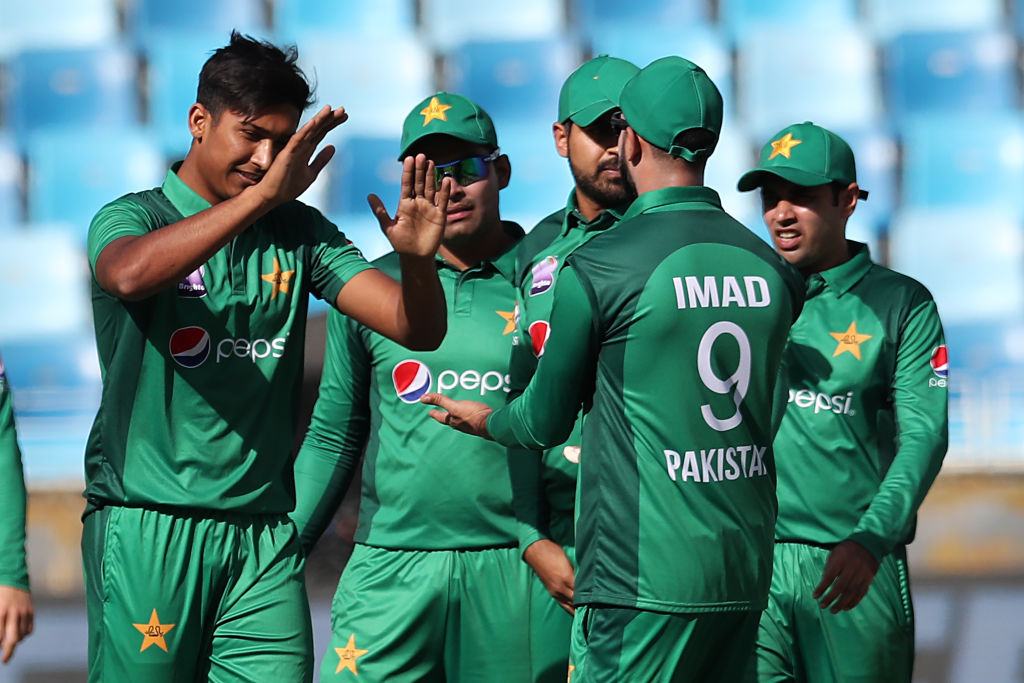 He grew up playing tape-ball cricket, and represented his country at under-16 and under-19 level before being signed by the Quetta Gladiators for PSL 2019. Hasnain was not originally selected by the Gladiators; he was brought in as a replacement for 16-year-old Naseem Shah, who had to pull out with a back injury.

And Husnain took full advantage of his opportunity, becoming a key component of the Gladiators’ title-winning side. Batsmen struggled to deal with his pace, which in one game against the Multan Sultans touched 151kph, the fastest delivery of the tournament.

The young quick saved his best for the biggest stage, taking 3-30 in the final against Peshawar Zalmi. Those three wickets included the dangerous Kieron Pollard, dismissed for 7. Without him, Peshawar faltered, allowing the Gladiators to canter to an eight-wicket victory.

Hasnain was named man-of-the-match, the first Pakistani to win the award in a final of the tournament’s four-year history. The fast-bowler would have been the youngest player to be named in any 2019 World Cup squad, were it not for the fact that fellow Pakistan quick Shaheen Afridi, also a PSL star, is a day younger.

Although he represented Pakistan at under-16 level, Hasnain has played relatively little cricket over the past four years, which have  blighted by a back injury. And since beginning his first-class career he has struggled with the bat, to put it mildly. In six first-class innings, he has yet to score a run. In only one of those appearances he did finish not out.

While Hasnain’s pace is not in doubt, he is unproven at international level. He took just two wickets in three ODIs against Australia in March, and was often wayward. He will have to be more accurate to make a positive impression at the World Cup this summer.

“I have never seen a 18-year old bowl at such pace. Hasnain’s control over his length and swing is very impressive and he varies his pace very well.”  – Shane Watson, Hasnain’s Quetta Gladiators teammate, ahead of March’s ODI series.