New Zealand captain Kane Williamson lauded his team for their ability to adapt to various conditions at the ongoing World Cup, after shepherding a 242-run chase on a tricky surface against South Africa at Edgbaston on Wednesday, June 19.

“There’s been a number of varying scores throughout this competition. I suppose the weather has had a little bit to do with it, but we’ve been on a variety of surfaces, and it’s been nice that guys have adapted well,” Williamson told reporters after his side’s four-wicket win, which pushed them to the top of the points table.

“We know that coming into the back end of the tournament, there will be some extremely tough games on different wickets again, and we’ll have to wait and see what they hold for us.”

Williamson’s unruffled approach steered New Zealand, after rain had clipped off an over each from both innings. Despite a testing phase in the middle overs, Williamson ended with an unbeaten, workmanlike 106, and later acknowledged the importance of being calculative, and taking such tricky chases deep into the game.

“It was one of those wickets that, if you were able to squeeze and apply pressure, which they [South Africa] did, then they certainly weren’t far away from perhaps getting across the line themselves.

“It was just important for us today to take the game to a stage where we’re sort of keeping track of the overs and who was bowling what and trying to assess some of the — perhaps the bigger threats on that surface on the long side, the short side, and it was nice that it was able to go in our favour today.”

Williamson pointed out that it was difficult to hit against the line to pacers, as the ball was holding up, requiring batsmen to tackle deliveries with a straighter bat. 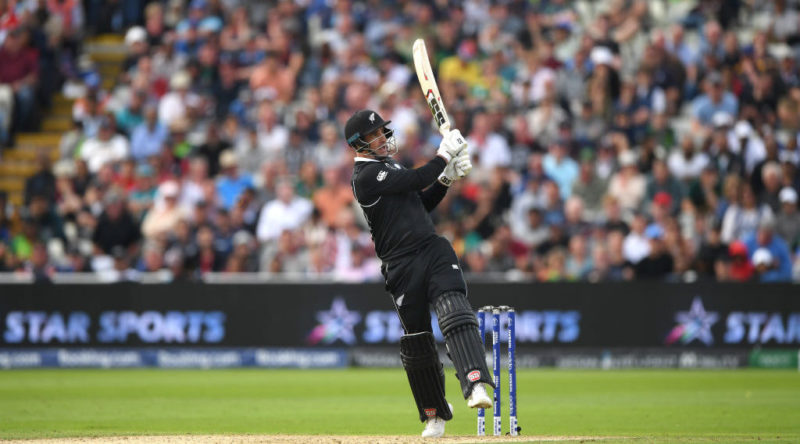 “Obviously, if you’re bowling with those straight lines, it’s difficult to hit across the ball when it is standing up in the wicket,” he said. “So you’re trying to play straight, hoping that perhaps you pierce a few. At the same time, you’re just trying to take the game to a stage to not let it bother you despite the fact that you always want a few more. That never changes.”

"You can feel in the dressing room the guys are hurting. I'm feeling five years older. My body is really sore after that"

As for Faf du Plessis, the South Africa captain lamented the absence of a Williamson-like knock from his own batsmen, stating that his opposite number’s century eventually turned out to be the difference between the two sides.

“In the field and with the ball, the guys tried for 50 overs, and that’s all I can ask for,” he said. “There was great intensity. Kane played a great knock. It’s probably the difference between the two sides, just one guy taking it through.”

Barring Quinton de Kock, all of South Africa’s batsmen got starts, but couldn’t sustain the intensity for long. It was Rassie van der Dussen’s 67, at No.5, that pushed them past 240. 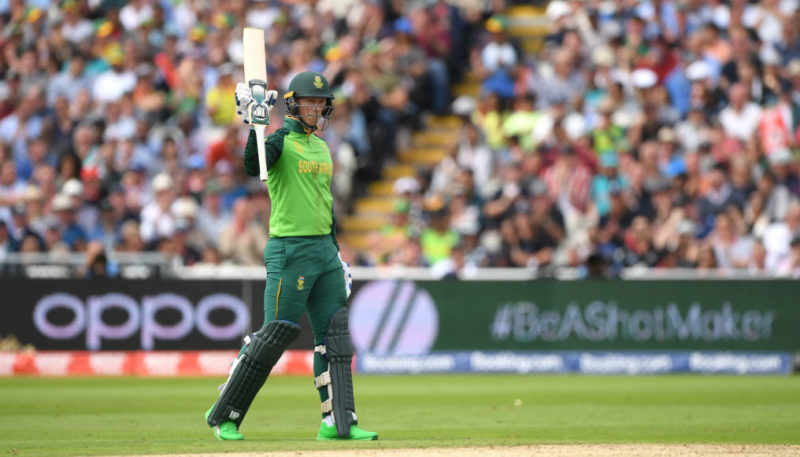 “We’ve been saying, and we’ve been hard on ourselves in that as well. We need guys to stand up and put in performances that will win you games. That has been where we’ve been short in the innings we’ve played so far. Rassie did a little bit of that, but it was a 60 to 67. You need someone to get 100-plus, and that gives you that 15, 20 more runs that I speak of.”

Related Story: Du Plessis says grooming new leaders will be his “real purpose” over the next year

Although South Africa might be hoping for some miracle to take them through to the semi-final, which is looking as distant as it ever has, du Plessis admitted that the dressing room is a dejected lot, having now lost four of their six games.

“It’s tough now. Like you can feel in the dressing room the guys are hurting,” he said. “I’m feeling five years older. My body is really sore after that. So we left everything out there, and that’s all I can ask for as a captain, that the guys fought. They showed that.”