Australia and West Indies will look to target the other with chin music when they face-off in the group-stage of the ICC Cricket World Cup 2019 on Thursday.

Windies used the short ball to great affect in their first match against Pakistan, dismantling them for just 105 in 21.4 overs. All-rounder Andre Russell has promised to deliver more of the same when the attack meets Australia.

“Australian guys are used to fast bowling, but once you bowl aggressive to them anything can happen,” said Russell, who was one of the architects of Pakistan’s capitulation. “Even though you can a lot of time be a good puller or better with the short balls, it all depends on the pace of the ball and line of the ball. 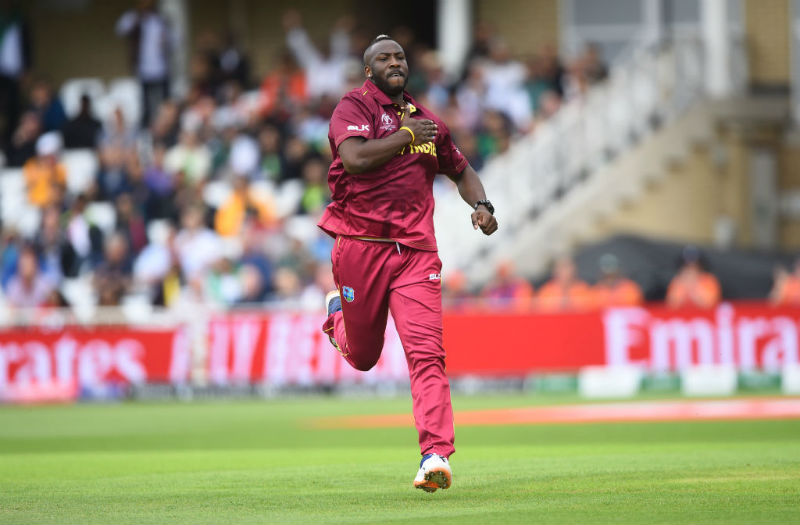 “Once you bowl aggressive to them anything can happen”

“If the ball is slightly wide, for you to pull a wide ball you have to get your bat around. That can cause a simple mistake, getting caught at fine leg or the boundary. And then game over for that batter.”

Australia, of course, aren’t going to take anything lying down and their fearsome bowling attack will be keen to fight fire with fire. Fast bowler Nathan Coulter-Nile said it was particularly prudent to test West Indies with short stuff to unsettle their explosive batsmen.

“You’ve got to give it (bowl bouncers) to the Windies, otherwise they just get on the front foot and ‘pogo’ you everywhere.”

Andre Russell limped away from Trent Bridge on Saturday, but the West Indies all-rounder is confident of facing Australia next up #CWC19https://t.co/BVnrreAV1M

The 39-year-old Chris Gayle, who is central to West Indies’ batting hopes, is going to be put to the sword as well, especially since stiffness in his lower back sometimes poses a hindrance in countering high-quality short bowling. Coulter Nile indicated that the new-ball pair of Mitchell Starc and Pat Cummins will test the Jamaican with pace and bounce.

“You know he’s going to hit your good balls for four and hit your bad balls for six, (so you have to) just keep as bowling as many good balls. We’ll stick a few up him, definitely. I think you just need to be aggressive at him.”

“He’s still smacking them, but he is getting older. I don’t know if he’s faced too much of Starcy (Mitchell Starc) and Patty (Pat Cummins) recently but they’re bowling quick. So we’ll see how he handles that early.”