England and the West Indies have both been hit with injury concerns during Thursday’s World Cup match at the AGEAS Bowl.

Jason Roy, who has been in sparkling form in the tournament for England so far, pulled up after 7.2 overs and had to leave the field with “hamstring tightness”. The Surrey man will not field again in the match and, due to his time off the field, can only bat at No.7, at the highest.

England were given a further scare when Eoin Morgan had to leave the field during the 40th over after pulling up while running to the stumps to gather an incoming throw. 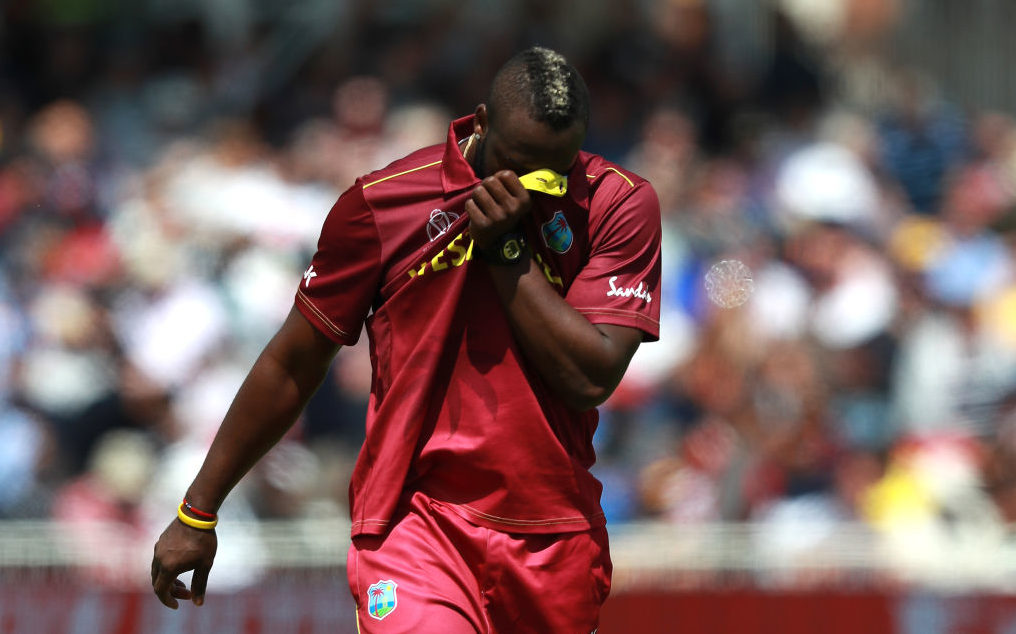 Russell has had ongoing knee issues which have affected his bowling

West Indies all-rounder Andre Russell, meanwhile, looked to be having discomfort in his wrist during his brief and breezy innings of 21 from 16 balls. After hitting the second of his two sixes, Russell held his wrist and had to have on-field treatment shortly before being dismissed by seamer Mark Wood. Russell has been an injury concern for the Windies throughout the tournament due to ongoing issues in both knees.

Nicholas Pooran hit an impressive half-century for the West Indies but regular strikes from England dented their chance of reaching a big total in what is considered a must-win game for Jason Holder’s men.