Excellent bowling from the India pacers, dropped catches in the slips, and Cheteshwar Pujara’s sublime stroke-play – we have a look at the six deliveries that summed up India’s dominance on the opening day of the first Test against Bangladesh at Indore’s Holkar Stadium on Thursday, November 14.

Umesh Yadav, much like he did in the two Tests he played against South Africa last month, struck early with the new ball to give India a bright start after they were asked to bowl. After beating the bat on multiple occasions in his first two overs, Umesh finally induced an outside edge off Imrul Kayes on the last ball of his third. It went straight to Ajinkya Rahane at gully, and India kicked the door open with two more wickets in the opening session to seize the early advantage.

India are 86-1 at stumps on day one, only 64 behind Bangladesh's first innings total of 150.#INDvBANhttps://t.co/VT6Snf4r23 pic.twitter.com/COKUhL69pK

Later in the day, Umesh would finish what he started, squaring up the No.11 Ebadat Hossain with a full-away swinging yorker to castle his off stump, and with it, end the Bangladesh innings at 150.

Ajinkya Rahane will look back at the opening day of the Indore Test as one of his worst days on the field. Rahane is regarded as one of India’s best fielders, and it came as a surprise that the India vice-captain dropped as many as three catches in the slips. Having already shelled one off Ashwin’s bowling earlier in the day, Rahane failed to hold on to an outside edge off Mushfiqur Rahim, again costing Ashwin, when the batsman was on 14. 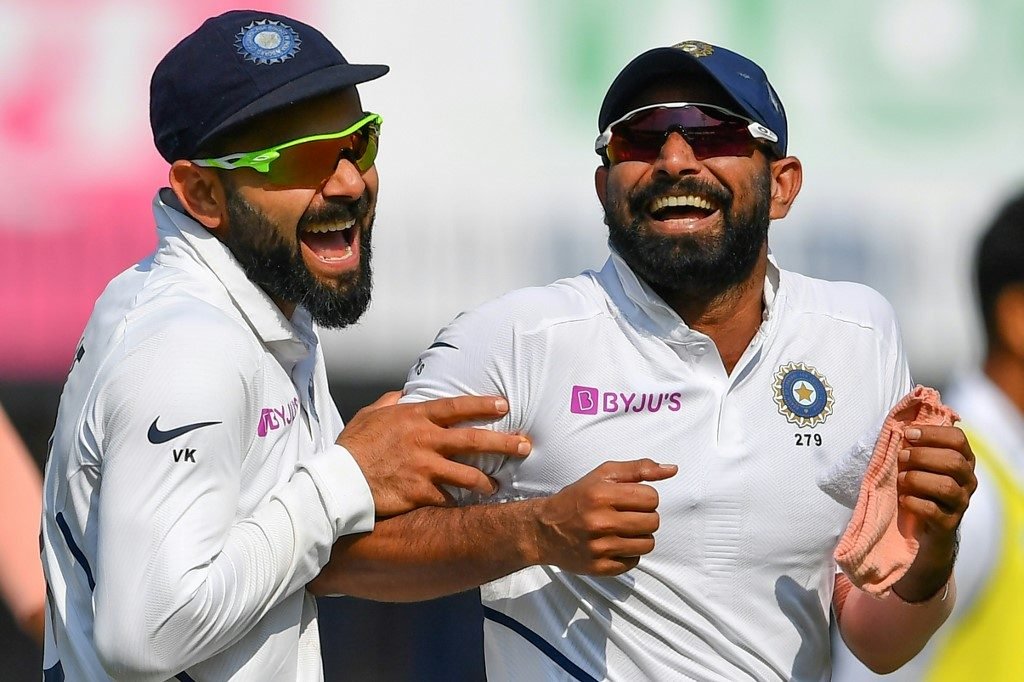 Ashwin bowled one straight, and the ball exploded off the surface, just short of good length, catching the edge of Mushfiqur’s bat on its way. Rahane was slow to react, and the ball popped right out of his hands to give Rahim another lifeline. He dropped one again off Ashwin later in the day, but was fortunate that Mahamudullah, the batsman, was cleaned up by the off-spinner in his next over.

To play, or not to play – Ashwin bamboozles Mominul

Playing in his first Test as captain, Mominul dug in during the early burst from India’s pacemen, and looked determined for a big score. He added 68 runs for the third wicket with Rahim, before Ashwin got the better of him for his first wicket of the day.

He becomes the third Indian to the mark after Anil Kumble and Harbhajan Singh.

With a catch already dropped off his bowling earlier, Ashwin decided to do take matters into his own hands, firing one straight through at 93.2 kmh from around the wicket. The batsman was hoodwinked, he shouldered arms, but saw his off stump rattled. It was Ashwin’s 250th wicket on home soil.

Having already trapped Mohammad Mithun leg-before earlier in the day, Shami returned for a short burst in the closing moments of the second session, and struck with successive balls to give India the advantage going into the final session. He first set up Mushfiqur with three consecutive away swinging deliveries, before bowling a sharp inswinger that breached the batsman’s defense to hit the top of off.

Mohammed Shami gets two in two, right at the stroke of tea!
He first ends Mushfiqur’s resistance with an absolute peach and then traps Mehidy Hasan lbw on the very next ball.
Can he get his second hattrick of the year?

He persisted with the inswinger for the newcomer Mehidy Hasan, but sent it in a bit fuller and straighter, and trapped him leg before. It looked dead to the naked eye and Rod Tucker, the on-field umpire, raised his finger in a flash. The batsman walked, but would have been dismayed when television replays later suggested the ball would have missed the leg stump on ball-tracking.

Having scored three hundreds, including a double, against South Africa last month, the law of averages might have worked against Rohit Sharma this time – he was India’s only wicket to fall on the day.

Jayed and Ebadat kept things tight, restricting the Indian openers to a mere 14 in the first seven overs. The former bowled on good lengths outside off on a consistent basis and soon reaped rewards, as Rohit, with almost no feet movement, attempted a lazy drive and nicked through to the ‘keeper when on 6. 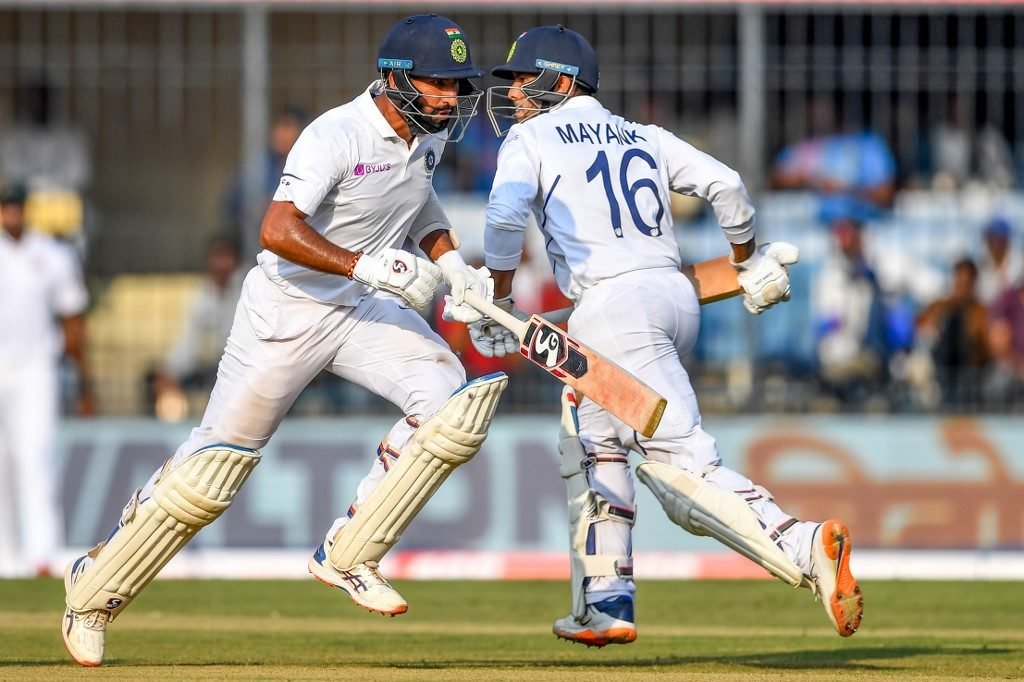 India No.3 Cheteshwar Pujara was at his imperious best

Sublime timing and rubbery wrists: Pujara at his imperious best

Pujara showed great intent throughout his 61-ball stay at the crease, oozing confidence and showing great certainty in his footwork. Having already hit a glorious cover drive and a cut shot, he took on Taijul Islam, Bangladesh’s most experienced bowler, in the 15th over of the innings to unsettle him early in his spell.

One of Pujara’s greatest strength is playing against the spin towards the on side, and he did exactly that on the second ball of the 15th over, sending it through mid-wicket for a four. He did it again two balls later, and the bowler played into his hands, dropping one short. Pujara sat back and steered it past the diving short third man to earn his third boundary of the over.