In more ways than one, BJ Watling is the embodiment of this New Zealand Test side. He is not flashy, he is not a global T20 franchise superstar, he is not an intimidating figure at the crease and he is not a player who attracts people to the ground by the thousands. What he is, however, is a reliable, sensible and vastly underrated cricketer.

For a number of years, Watling’s consistency, both as a batsman and as a wicketkeeper, has gone under the radar. Fans who do focus on New Zealand’s increasingly impressive Test side would rather pinpoint the classy brilliance of Kane Williamson, the deadly new-ball combination of Tim Southee and Trent Boult, or even the hostile bowling of Neil Wagner. Even though Watling’s work is noted, rarely does it steal the headlines.

One of those occasions was the first Test between New Zealand and England at Mount Maunganui. The 34-year-old’s superb knock of 205 from 473 balls was a marathon effort that rescued his side from a precarious 127-4 and it came through a display of dogged, determined and disciplined batting needed on such a flat and slow pitch. England barely ever looked like getting him out and it says a lot that his dismissal came with an uncharacteristically wild swing, which was only brought out as a result of a search for late runs. His partnership of 261 with Mitchell Santner, which took New Zealand from 316-6 to 577-6, was match-winning. 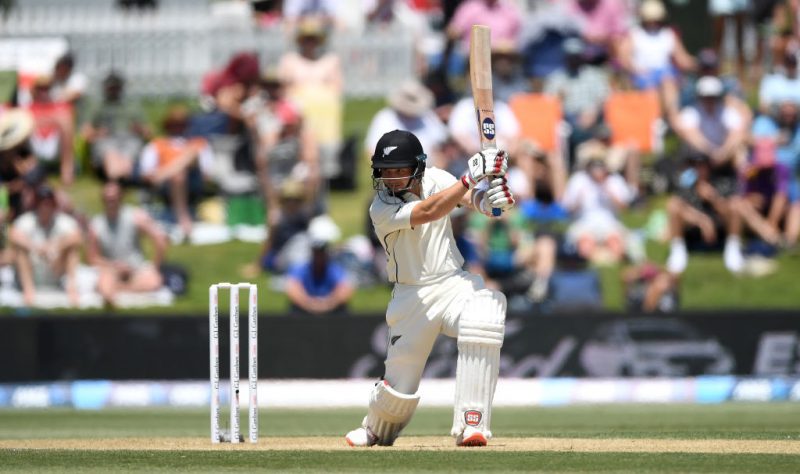 Watling broke records as England were ground into the dirt. It was the second-longest Test innings by a wicket-keeper in terms of number of balls faced, with only Sri Lanka’s Brendon Kuruppu 548-ball 201 against New Zealand in 1987 lasting longer. It was also the first double hundred against England by a wicketkeeper in Tests and his partnership with Santner was only the second seventh-wicket stand of 250 or more against England ever, with the first one also coming this year: 295 between Jason Holder and Shane Dowrich at Bridgetown in January.

This was not just a one-off for Watling, either. On several occasions, the 34-year-old has played vital knocks and been involved in big partnerships that have turned Test matches around. Two of those have been record-sixth wicket stands – 352 with Brendon McCullum against India in 2014 and 365* with Williamson against Sri Lanka in 2015 – along with another big partnership of 253 with Ross Taylor in Zimbabwe in 2016 and a smaller but equally vital 113 with Colin de Grandhomme in Colombo earlier this year, in which Watling made an unbeaten 105 to help the Black Caps secure a 1-1 series draw. When things have got tough, Watling has become the king of the rearguard action.

Being the country’s superstar was never likely to suit Watling. The South African-born ‘keeper took the gloves from the inspirational McCullum, who was the total antithesis in his approach to batting. “I don’t even think I’m one of the best, to be honest,” Watling said in January. “I think there are some quality ‘keepers going around who are also fantastic batsmen. So I don’t look at that too deeply … Winning a Test match and having a beer at the end of it and knowing you’ve put in five days of hard work to try and achieve that, that’s why you play the game. I’m happy with that.”

Of wicketkeepers to have played more than 50 Tests, only Gilchrist, Brad Haddin and Kamran Akmal average more dismissals per innings than Watling's 2.066

McCullum he is certainly not. Yet Watling’s value to New Zealand is unquestionable. He now has 3,481 Test runs at 40.51 and eight Test hundreds overall, with seven of those tons coming as a wicket-keeper; only three men, Adam Gilchrist, Les Ames and Andy Flower, have more in that position. In addition, only Gilchrist, Ames, Flower and AB de Villiers have higher batting averages among those with a minimum of 1,000 Test runs. Watling has also faced more balls (7,190) than any other wicketkeeper-batsman since his Test debut in 2009, with the next best being Mushfiqur Rahim on 5,977.

The consistency of Watling’s keeping has also been an admirable part of his game. Of wicketkeepers to have played more than 50 Tests, only Gilchrist, Brad Haddin and Kamran Akmal average more dismissals per innings than the 34-year-old (2.066). He sets the example for New Zealand both with the bat and in the field and has become the anchor of a side now which is currently on a run of seven Test series unbeaten, a joint national record with the run in 2015.

Watling is now proving himself not only as a reliable cricketer but also a versatile one. At home, he averages 41.66; away from home, where he has hit the same number of centuries (4) as in New Zealand, his average in nearly touching 40 as well. In his first series in Sri Lanka earlier this year, he hit 183 runs from three innings at 91.50, while he also averages 56.80 in England and 86.50 in Bangladesh. He is yet to prosper in Australia or India but he returns across the Tasman in December as a more complete Test batsman.

“I just think I’m a very limited player,” said Watling after hitting the first Test century at Bay Oval. “I try to play how I know works best for me. There are shots that the big boys can play and I definitely can’t, so I take those away from my game. I try to stick to a game-plan and hopefully it pays off. I waited for balls to hit and I wouldn’t be drawn into anything the bowlers wanted.”

Watling is, like many New Zealanders, modest and humble. And due to his unflashy approach, he will probably never gain the credit he deserves. But his match-winning performance against England emphasised not only his importance to the Black Caps’ cause, but also why he is unquestionably one of the most dependable and consistent players around in the Test arena.