Joe Denly’s final-day drop was only the last of a series of crucial moments when England fluffed their lines in their Test series defeat to New Zealand, writes Lawrence Booth.

The sight of Joe Root briefly leaving the field on the final morning of England’s Test series in New Zealand spoke a thousand words. A few of those thousand he was muttering to himself, in language – we can only assume – that would not have been repeatable in front of a microphone.

The England captain had just seen Joe Denly, one of the better fielders in his side (remember his one-handed miracle catch to dismiss Tim Paine at Lord’s in August?), drop what Root politely described later as a “one-off goober” at short midwicket.

This was the catch if you had forgotten 👀pic.twitter.com/t9YuBlNRy0

The drop did three things. It reprieved Kane Williamson on 62, after he had already been missed down the leg side by Ollie Pope on 39. It deprived Jofra Archer of the wicket he deserved for trying something different, as per the captain’s request: a knuckle ball delivered without any use of his left arm. And, with the rain arriving on cue shortly after lunch, it ensured the first series of England’s latest new era would end on a moment of low farce.

None of these three things was ideal.

New Zealand drew the second Test with ease, as they were always going to when England failed to build on the swift removal of their openers on Monday night. But Root had called for one final push before the weather closed in, for a session which would leave his team being able to say they had enjoyed the better of a rain-ruined draw on a shocker of a Seddon Park pitch.

(And the pitch really was a shocker. Even with time lost to rain, the Test produced 1,092 runs for the loss of only 22 wickets in 367 overs, at a run-rate below three. You’d have asked for your money back.) 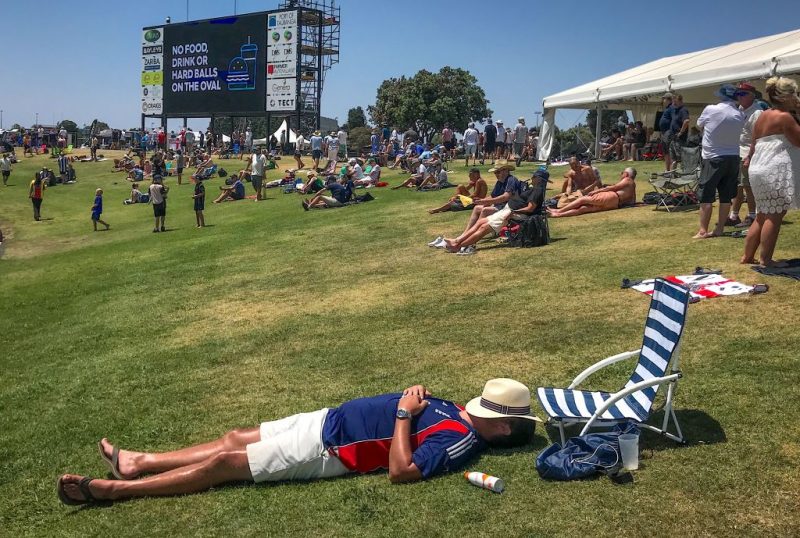 Some of the action in Hamilton wasn’t exactly riveting

Instead, Denly fell asleep at the wheel. These things happen, of course they do. But they seem to happen to England more often than they should.

They will tell themselves that the Tests in Mount Maunganui and Hamilton were valuable learning experiences. Perhaps they were. Yet their inability to seize the key moments is a blight that continues to affect their overseas Test cricket.

Looking in from the outside, it seemed obvious on the second morning of the first Test that England had to turn an untroubled position of 277-4 into a total of at least 475 if they were to take control of the game following a hard-fought opening day.

Yet Ben Stokes came over-zealously down the wicket to Tim Southee, and edged him to slip for 91, sparking a collapse of four for 18. England’s eventual 353 wasn’t remotely enough. 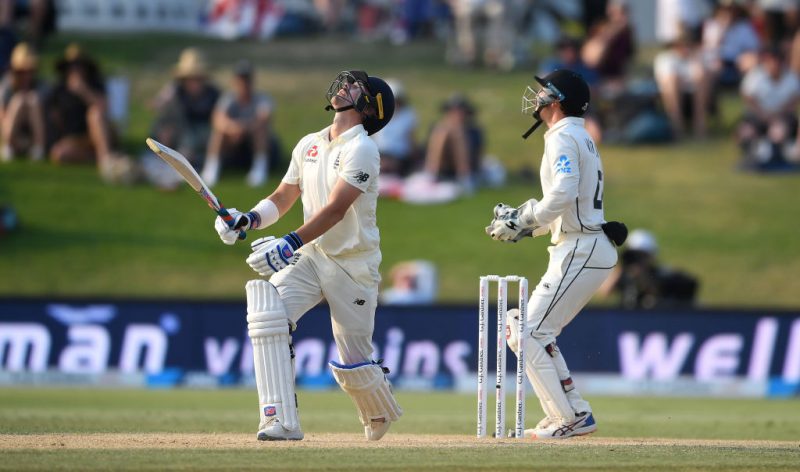 Again, on the fourth evening, they had a chance to make the game safe. Dom Sibley and Rory Burns had batted for almost 22 overs, and only a handful remained before stumps. Had they seen out the day, England would have fancied their chances of a draw.

Instead, Sibley reached for one from Mitchell Santner that he ought to have left alone, Burns attempted to get off strike with a headless slog-sweep, and nightwatchman Jack Leach – so nervous of using up a review ahead of a last-day rearguard that never materialised – allowed himself to be given out caught without having hit it.

Hamilton provided more evidence of this team’s lack of ruthlessness, even before Denly’s moment of madness.

At 455-5 on the fourth afternoon, England led by 80, with Root and Ollie Pope going strong. Williamson placed eight men on the boundary, and invited Neil Wagner to bowl bouncers. So large were the gaps in the field that England could easily have progressed at a run a ball. Instead, Pope took Wagner on and was caught at deep midwicket, before Root – having batted like a trappist monk for more than ten and a half hours – perished aiming an ambitious inside-out cover-drive off Santner. 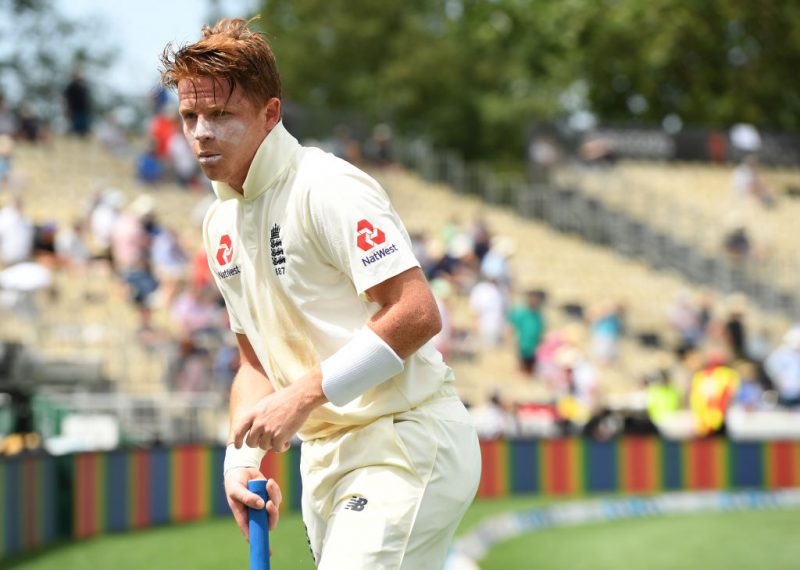 The rest followed quickly, and England’s lead was limited to 101. If the lesson of the first Test, where New Zealand had built up a soul-destroying first-innings advantage of 262, was not to offer a sucker an even break, England had failed to heed it.

They will take some time-honoured positives from their latest overseas misadventure: the batting of Burns (that Mount Maunganui swipe aside), Root’s double-hundred, Pope’s 75.

But they must also be honest with themselves. Why is it that New Zealand generally made better decisions under pressure? Why did England fail to read the clutch moments? And why did one of their best fielders nod off on the job?

England have some things to be excited about. But on the evidence of this tour, street-wisdom is not one of them.

Lawrence Booth is editor of Wisden Cricketers’ Almanack and a cricket writer for the Daily Mail.