Ben Gardner examines the quietly emphatic performance of Tim Southee on the second day at Mount Maunganui, which suggested there’s plenty yet to come from the experienced seamer.

Tim Southee almost didn’t play this game, and by the end of day one, it was seeming increasingly likely he might not play the next one. He might now sit joint-third in New Zealand’s Test wicket-takers list, but such are the riches of his country’s current crop of quicks, such prolificacy can no longer be a guarantee of selection.

It prompts a double-take that World Cup hero Lockie Ferguson hasn’t yet played a Test, and it was he who narrowly missed out on selection in Southee’s favour here. Returning to domestic cricket, the moustachioed speedster claimed a hair-raising five-for for Auckland as New Zealand were struggling to break England down at Mount Maunganui. A similar lack of penetration on day two, and Southee could easily have made way for the second Test. But in the space of 11 balls on the second morning, he showed exactly why he’s worth persisting with, displaying all the nous garnered in more than a decade at Test level.

First to fall was Ben Stokes, who had continued in the same vein which took him to an overnight 67* and made him an icon during the summer. Advancing down again and again to the seamers in a display of domineering dismissiveness, Southee responded by cannily pushing it wider and dragging his length slightly back. Instead of allowing Stokes to manufacture scoring opportunities off his legs, the all-rounder was forced to drive, and Ross Taylor clung onto the sharp chance. 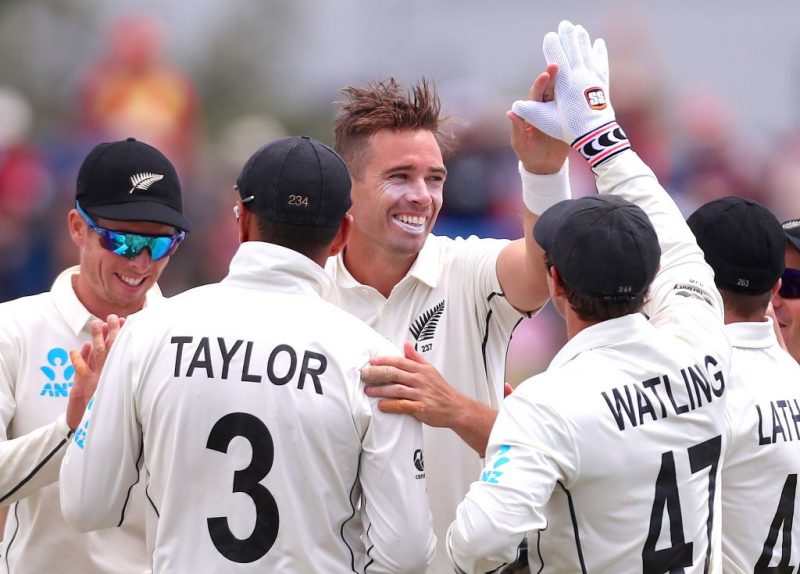 And if there was an element of fortune about Ollie Pope’s dismissal, the precocious No.6 edging a very wide tempter, his booming inswinger which had Sam Curran plumb off the very next ball deserved two wickets. From 277-4, England had collapsed – familiarly – to 286-7 at Southee’s hand. A five-wicket haul wasn’t forthcoming, but he had turned a game which had been drifting out of his side’s reach back to their advantage.

It’s tempting to suggest Southee hasn’t made the most of his potential. Tempting to suggest he has never quite lived up to his Test debut and that he has suffered somewhat in Trent Boult’s shadow, damned with the faint praise of being the Stuart Broad to the left-armer’s James Anderson.

Statistically at least, there’s an argument to be had. His 48-ball 77* against England at Old Trafford in 2008 was a knock to suggest New Zealand had found another bowling all-rounder in the lineage of Richard Hadlee and Chris Cairns, but that remains a career-best, and his average has never since been as low as the 27.80 it was after that game. The difference between his and Boult’s averages is 2.55, larger than the corresponding figure for Broaderson (1.73).

An excellent grab from Ross Taylor at slip.pic.twitter.com/IAXI70tM52

There are, however, several caveats, with the most obvious being the period of time it took Southee to properly become accustomed to the top level. In his first four years as a Test cricketer he was in and out of the side and averaged an eye-watering 44.00. Then came his breakthrough performance, a stunning 7-64 in India – the second-best figures by a Kiwi in Asia – which almost upstaged Virat Kohli’s coming of age as a Test cricketer. Two games later, he firmly established himself with a match-winning 5-62 in Sri Lanka. Since the start of that Bengaluru game, his average is two-thirds of a run better than Boult’s in the same time period.

What we’re seeing now, really, is Southee’s fourth iteration. From his recall in India to the start of the 2015 World Cup, it seemed we might be witnessing the emergence of a truly great bowler. In that stretch, only Mitchell Johnson and Dale Steyn claimed more wickets at a better average than Southee’s 91 wickets at 23.98.

His 7-33 against England at the 2015 World Cup felt a seminal moment – an expert swing bowler at the peak of his powers providing one of the most thorough dismantlings cricket’s biggest stage has witnessed. And yet, in his first Test after New Zealand’s heart-breaking final defeat, the same opposition put him to the sword, with Stokes and co. taking him for 3-266 at over 4.5 runs per over, and from then until the start of England’s visit to New Zealand in 2018, he averaged 33.05. Boult, by comparison, averaged a shade under 30.

That patch contained another watermark in Southee’s career, but a low one. Against South Africa in 2017, the first time since 2012, he was left out of a Test on home soil. In part, this was due to the Black Caps’ desire to select another spinner, but with Neil Wagner as well as Boult selected ahead of him, there was no mistaking Southee’s new-found place in the pecking order. 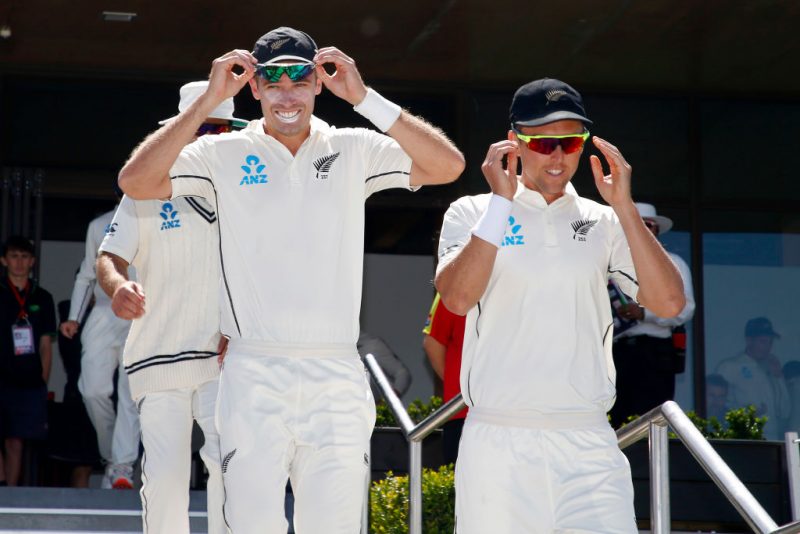 Since, whether spurred on by the slight or simply by continual self-improvement, Southee has been little short of a bowler transformed, averaging 22.36. After his four wickets against England, his overall Test figure is now as low as it has been at any point since his debut.

Southee 4.0 was kickstarted with another stunning spell against England, this time in tandem with Boult, the pair taking all 10 wickets in an historic humiliation for 58 – it remains the only time two New Zealanders have bowled unchanged in a completed Test innings – and while his stats in that time are boosted by home hauls against Sri Lanka and Bangladesh, he has also contributed to stirring wins in the UAE and Sri Lanka. His overall record in Asia is stellar, with his average there an impressive 25.12. It’s a figure which deserves Boult’s status as New Zealand’s premier overseas option to at least not be taken for granted, with the left-armer’s pre-eminence perhaps due to his undisputed superiority with a white ball.

It is no coincidence that Southee’s resurgence has coincided with New Zealand’s quiet assault on cricket’s top table. The South Africa series from which Southee was omitted is the last they have lost, and their series win in the UAE stands as one of the most impressive of the last decade. Ranked No.2 in the world, they now stand at the start of a defining summer for their legacy, with the series against England followed by a headline bout with Australia – including a long-awaited MCG Boxing Day clash with their trans-Tasman rivals – and a visit from the world’s dominant side, India. Win all three – a task not beyond them – and they should rightly be viewed as the greatest Test side to ever emerge from the land of the long white cloud.

Southee’s own place somewhere in his country’s pantheon should be assured. All that remains to be determined is where he ends up in it, and for how much longer they require his services with the ball. His spell today wasn’t a return to form or a barnstorming statement of intent, but simply a quiet reminder that there’s plenty left to come from him yet.