New Zealand’s Ross Taylor survived a scare on 25 on day one of New Zealand’s Test against England in Hamilton, after third umpire Bruce Oxfenford gave him a timely reprieve.

Adjudged lbw by on-field umpire Paul Wilson off the bowling of Stuart Broad, Taylor – after a brief consultation with batting partner Tom Latham – opted to call for a review.

One of the all-time great celebrappeals from Stuart Broad….and it wasn't even given out in the end!pic.twitter.com/QwKnhijJX9

Before going to ball tracking, Oxenford checked whether Taylor had got a thin inside edge using Hot Spot and RTS (Real Time Snicko). After watching the first Hot Spot replay, Oxenford’s first reaction was that Taylor had missed the ball, saying “we’ve got no visible spot”. The RTS replay showed a spike appear on screen, but after the point at which ball passed the bat.

Oxenford claimed that the spike “was in the frame I would expect.” He asked for another look at Hot Spot and upon second viewing noticed what he thought was a “tiny spot” on the bat. That evidence was enough for Oxenford to say conclusively that Taylor had indeed feathered the ball onto his pad and was therefore not out. 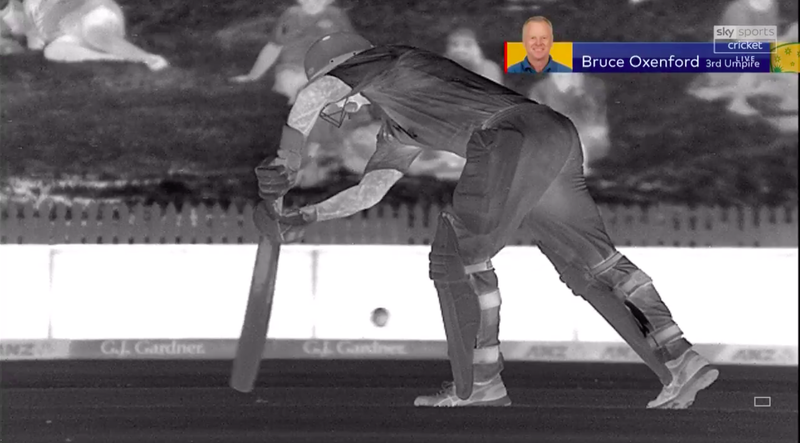 Oxenford argued there was a “tiny spot” on the bat

Simon Doull on commentary suggested that the spike on RTS may have originated from the noise of Taylor’s back foot scraping the ground. 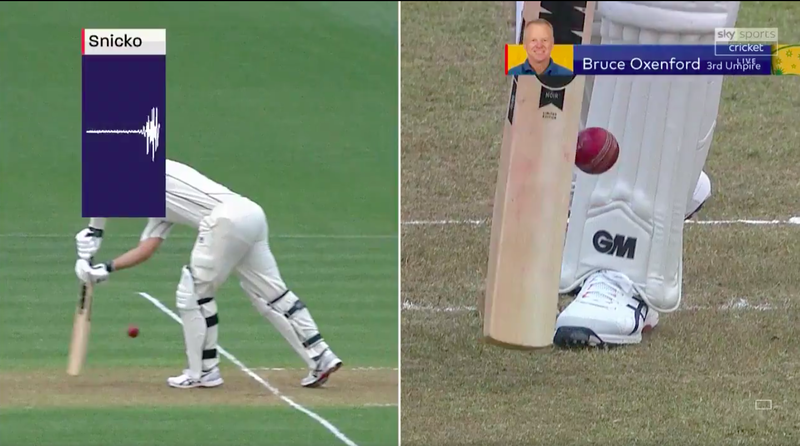 Doull went on to say that “there was no evidence whatsoever” for Oxenford to overturn Wilson’s decision and that he could “see why England feel aggrieved.” He also commented on the time it took Taylor to review the decision, suggesting that had Taylor hit the ball he would have instantly called for the review. Taylor added 28 runs to his score after the apparent reprieve, falling one ball after reaching his half-century off the bowling of Chris Woakes.