It is perhaps fitting that Australia will play their three-match series against India in retro jerseys because Peter Siddle is set to make his return to one-day internationals after a hiatus of over eight years.

Siddle was named in the XI for the first ODI, to be played at the Sydney Cricket Ground on Saturday, 12 January. It will be just his 18th appearance in ODIs, and his first since November 2010, when as a 26-year-old he played at the same venue against Sri Lanka.

Ricky Ponting was still captain of that Australia side, and Siddle bowled alongside Mitchell Johnson, Clint McKay and Shane Watson. When he takes the field on Saturday, Siddle will be the only person remaining from that team, not counting the banned Steve Smith.

Peter Siddle is pumped the Aussies are wearing the retro ODI kit to take on India!#AUSvIND | @alintaenergy pic.twitter.com/aGmpgXMrl2

This time around, Siddle will lead an attack comprising Jhye Richardson and Jason Behrendorff, with Nathan Lyon as the sole spinner (it was Nathan Hauritz back in 2010) and Marcus Stoinis and Glenn Maxwell occupying the all-rounders’ slots.

Things have changed. Siddle has worked for it, though. He is now a death-over specialist with the white ball, as seen in his form at the Big Bash League over the last couple of years. He took 11 wickets at 20, and an eye-watering economy rate of 5.94 last season.

So far this season, he has bettered that – in the three matches he has played, his economy rate is 4.88. Aaron Finch, the Australia ODI captain, said Siddle would have been one of the first names on the team sheet for Saturday. 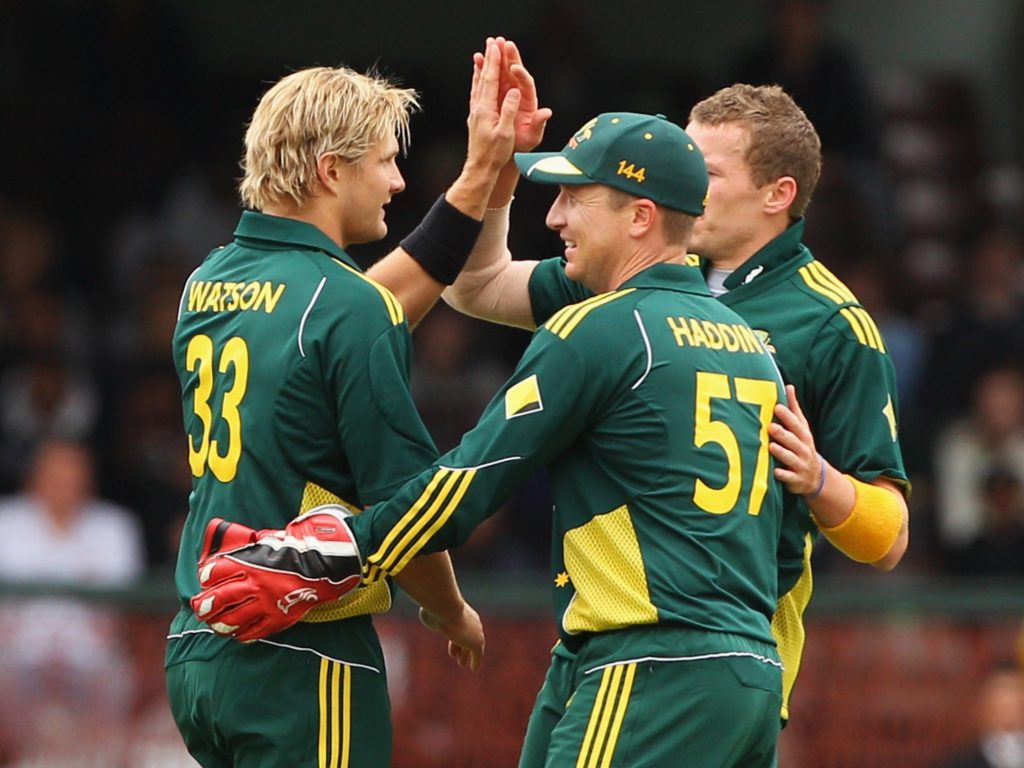 Much has changed since Siddle last played an ODI

“For Sidds to go away and work on the skills that he’s brought to the table over the last couple of years in Big Bash cricket is outstanding,” he said. “He well and truly deserves his spot. Any tour you go on, Sidds is one of the first picked I would think for what he brings to the team and the skill set he brings.”

There were other changes for Australia. Alex Carey will open the innings alongside Finch, Maxwell will bat all the way down at No.7, with Usman Khawaja, Shaun Marsh, Peter Handscomb and Stoinis coming before him. There was also no place for Adam Zampa in the squad.

But the story of the day was Siddle. In fact, if he impresses in the coming series, he might yet make it to the World Cup later this year.